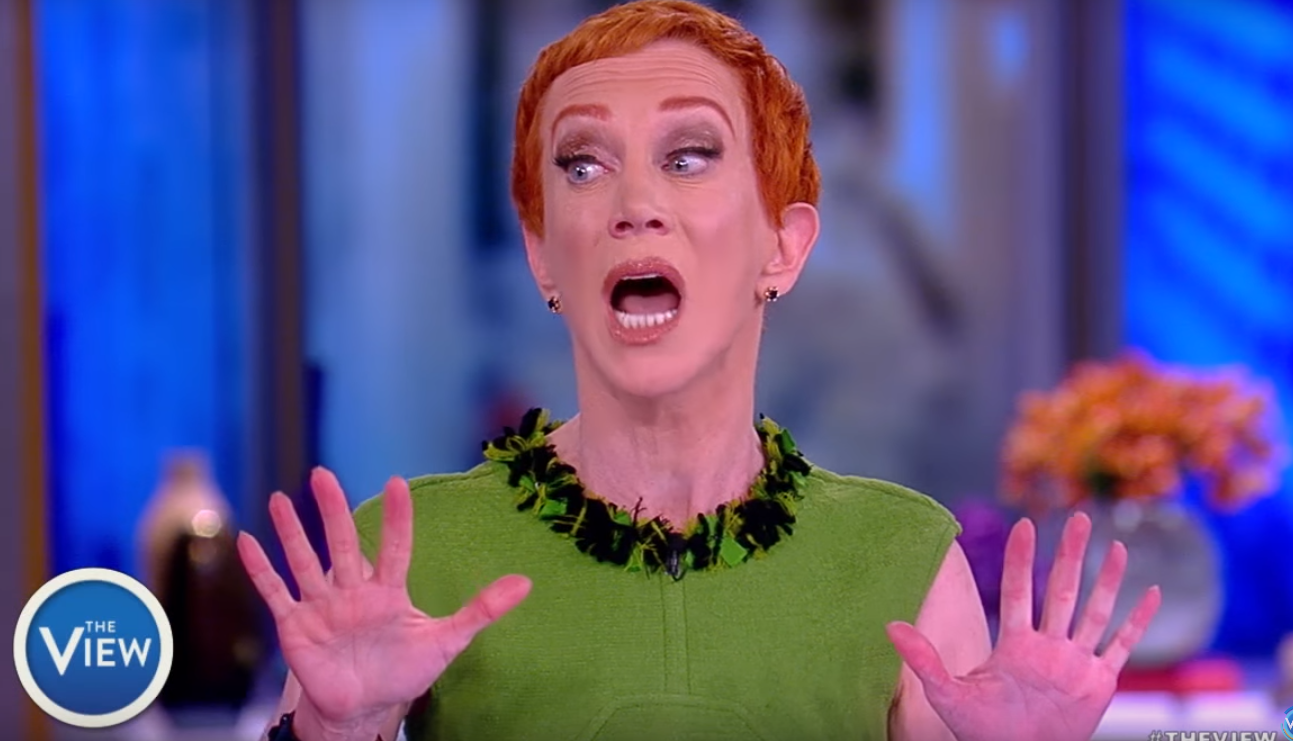 In a time when comedians like Roseanne Barr and Samantha Bee are under scrutiny for their insensitive jokes, it’s entertaining to hear a provocative comedian like Kathy Griffin moan about her right to free speech.

On June 4th, GQ posted a roundtable discussion between the comedians Griffin, Roy Wood Jr., Mike Birbiglia, Aparna Nancherla, and Hasan Minhaj. The purpose of the discussion was to talk about what makes a joke “offensive” and what is merely “pushing the boundaries” in the current culture. The fashion magazine found this topic important given that in 2018 “a single bad gag can derail a career.”

A large part of the topic revolved around comics receiving scrutiny for political comments. Inevitably the discussion fell to Griffin’s case, the most scrutinized of the whole panel due to her antics last May. Griffin, surrounded by sympathetic comedians, proceeded to paint herself as a victim.  She’s done that before. “The shit I've been through in the last year is just unbelievable” was the opening to her self pity monologue.

The angle she took on this time, however, was constitutional. “Initially I had so many mixed feelings, and there was so much legal stuff going around. But now I feel like I just think it's important for me to stand by that photo just because of the First Amendment.” The Secret Service  investigated Griffin, as it should have, and no charges were filed, as they shouldn’t have been. Her “joke” is protected speech under the First Amendment. But her First Amendment rights were not violated.

Nevertheless, she received plenty of support from her fellow panelists.“The fundamental right that we're allowed to do that in this country is a privilege worth fighting for, even if you disagree with the position itself” commented Minhaj.

Griffin  whined about how uncomfortable that time was for her, and the panel congratulated her on taking back her apology earlier last year.

“That's bullshit. I don't care what the joke is. You shouldn't have to apologize.” said Wood. She didn’t “have to.” When she realized she’d shot her career in the foot, she apologized. As soon as things cooled down, she retracted the apology.  She acted with complete agency throughout the episode.

As with Roseanne Barr and Samantha Bee, freedom of speech isn’t the issue. It’s about being crude, tasteless and nasty. It’s not against the law, but that doesn’t mean you shouldn’t pay a price.