Conservative outlet The Daily Wire just put out a masterclass on how to fight back against woke corporations who rag on consumers that don’t think like them. In this case, it made a comparable or better product than the obnoxious woke corporation, then made a hilarious, viral-worthy ad that mocked the institution at every turn while making itself look like a savvy entrepreneurial startup. 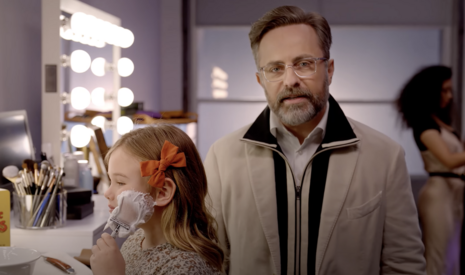 This is all part of the company’s public feud with Harry’s Razors, a popular shaving product company that used to advertise on the Daily Wire’s website until it decided it couldn’t be associated with a conservative website that believes in only two genders.

Harry's pulled its ads in 2021. Now, The Daily Wire has launched its “ihateharrys” campaign which includes its own line of razors named “Jeremy’s Razors” – after Daily Wire co-founder and CEO Jeremy Boreing.

The real cherry on top from this new business venture is the company’s hilarious ad for Jeremy’s Razors, which absolutely takes the piss out of Harry’s and the woke ideology that the business is enslaved to.

The nearly four-minute-long ad debuted on social media March 22 and focuses on an over-the-top, smug, and irreverent Boreing degrading Harry’s at every turn, mocking the wokeness of the current age, and pimping his own product while riding around in sports cars, strutting around flanked by models, and wearing the most dapper clothes imaginable.

Oh and yes, the CEO uses an actual flamethrower on Harry’s (and Gillette) products in the ad.

Of course the whole point of the obnoxious preening  – yes it’s self aware – is that the Daily Wire and Jeremy’s Razors don’t need Harry’s Razors. They’re clearly rich and successful and get the ladies without Harry's ads or his razors.

The best moments of the ad (beside the flamethrower, of course) involve a couple of Boreing’s quips against woke culture. “Do you remember when there were two genders, and only one and a half of them had to shave their mustaches?” the CEO asks at the outset of the commercial.

Clearly, business outside of woke corporate land is lucrative, still makes sense and still allowed to have a sense of humor.