Apparently the kind of traditional masculinity that has been encouraged by famous psychologist Jordan Peterson is so archetypically evil for our leftist-dominated, snowflake society, that it’s now being depicted as the preferred propaganda weapon of Captain America’s Nazi arch nemesis, Red Skull. 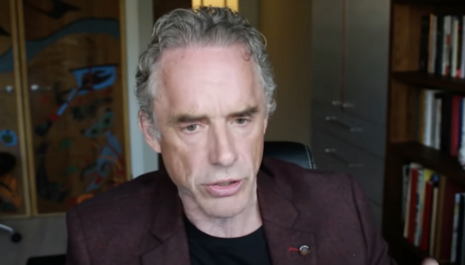 Sure, it sounds crazy, but the author of the latest Captain American comic book series, the infamous race-baiter and cop-hater extraordinaire Ta-Nehisi Coates, seems to have actually modeled his villain, an actual Nazi, after the Canadian psychologist and 12 Rules For Life author.

The similarities between Red Skull and Peterson are so on the nose that even the scholar himself noticed it. On Twitter, the Canadian psychology professor shared an image from Coates’ latest Captain American comic book – which Newsweek identified as Captain American Vol. 9 # 28 – and tweeted, “What the hell?”

The image in question was an illustration of a laptop which featured the notorious Nazi villain vlogging to unsuspecting male victims. Ooooh a vlog! So Evil! Red Skull’s nefarious video sported the title “Ten Rules for Life,” a not-so-subtle nod at Peterson’s NYT bestseller 12 Rules For Life. Other references in the image included text which read, “Chaos and Order,” and “The Feminist Trap.” 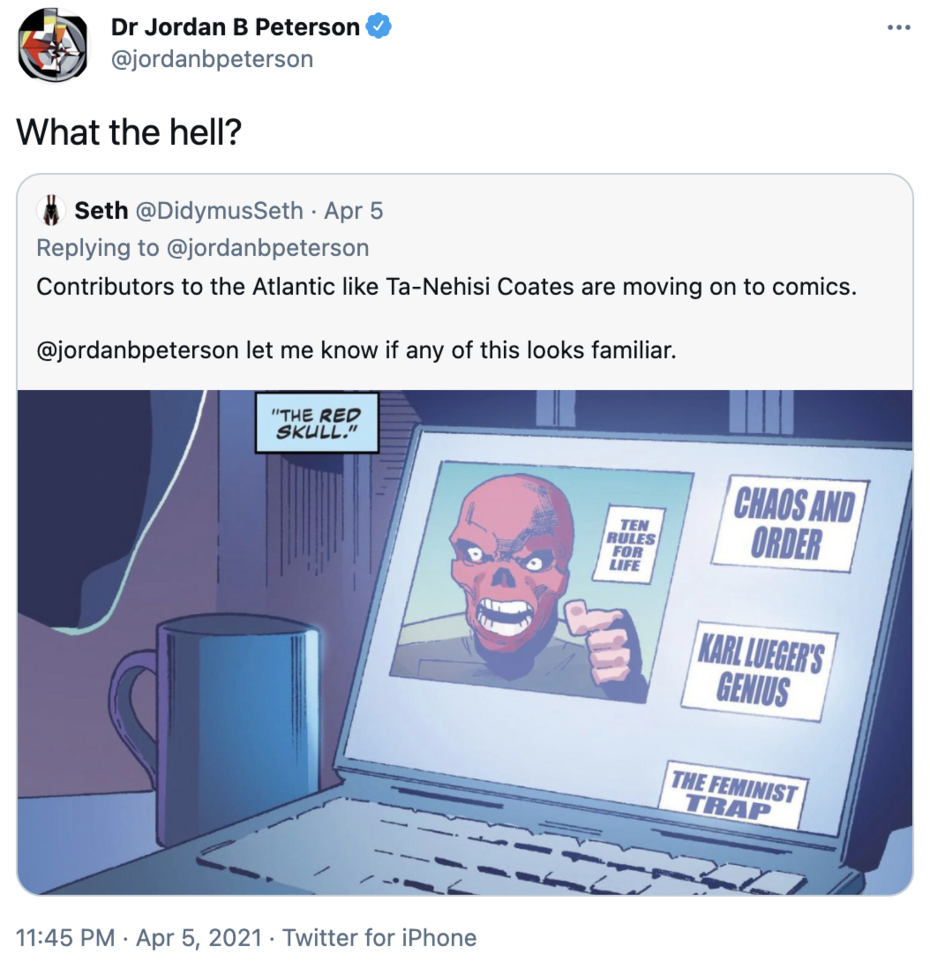 Of course, much of the theme of Peterson’s work is about helping readers navigate the fine line between chaos and order in life and often that entails living in a disciplined way that acknowledges the benefits of delaying gratification, hard work and standing up for one’s values. Granted these are things we’ve always been taught to value, but as society slips down the woke slope, they have been demonized as notions which benefit patriarchy and white supremacy.

In addition, Peterson’s appeal to the benefits and beauty of western civilization has been seen as dangerously right wing by loons like Coates, who clearly posit Peterson’s thoughts as contributing to toxic masculinity and, in this case, fit for Nazis like Red Skull.

For such ideas Peterson has been accused of promoting “Nazi Apologism,” “pseudo-science,” and “conspiracy theories.” In 2018, The Guardian flat out called Peterson “dangerous” for the same BS that Coates is now attacking him via comic book.

In a subsequent tweet, Peterson shared another set of comic panels from Coates’ propaganda, which featured a serious Captain America lamenting the fact that “weak,” “young man” have “found the skull,” and that he “tells them what they long to hear.” Clearly this is a reference to the fact that Peterson’s audience mostly consists of young men seeking to find a purpose in life. In his tweet, Peterson asked, “Is this from the same issue?” 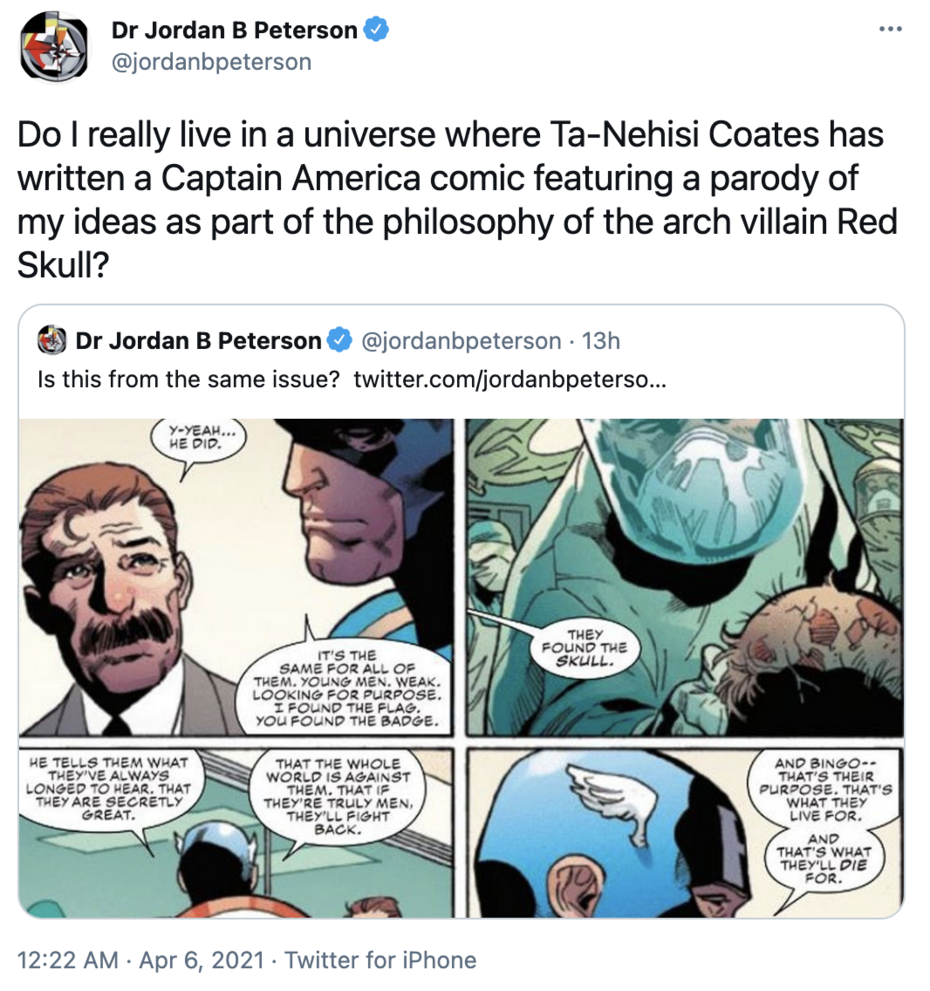 Re-tweeting his previous tweet, Peterson asked, “Do I really live in a universe where Ta-Nehisi Coates has written a Captain America comic featuring a parody of my ideas as part of the philosophy of the arch villain Red Skull?” Unfortunately, Dr. Peterson, that seems to be the case. The left is so unhinged, that teaching men to live well is tantamount to Nazi-ism for them, and Coates is paid to inject the culture with the idea.