In major breaking news, President Trump took off his mask during his visit to a Ford plant in Michigan on May 21. The earth shook, the sky was blackened, and the dead walked the earth due to the mystical power of the scandal. Well, no not really, but considering the reaction of lefty mask police in response to the president's latest faux pas, it seemed like Trump committed an impeachable offense. 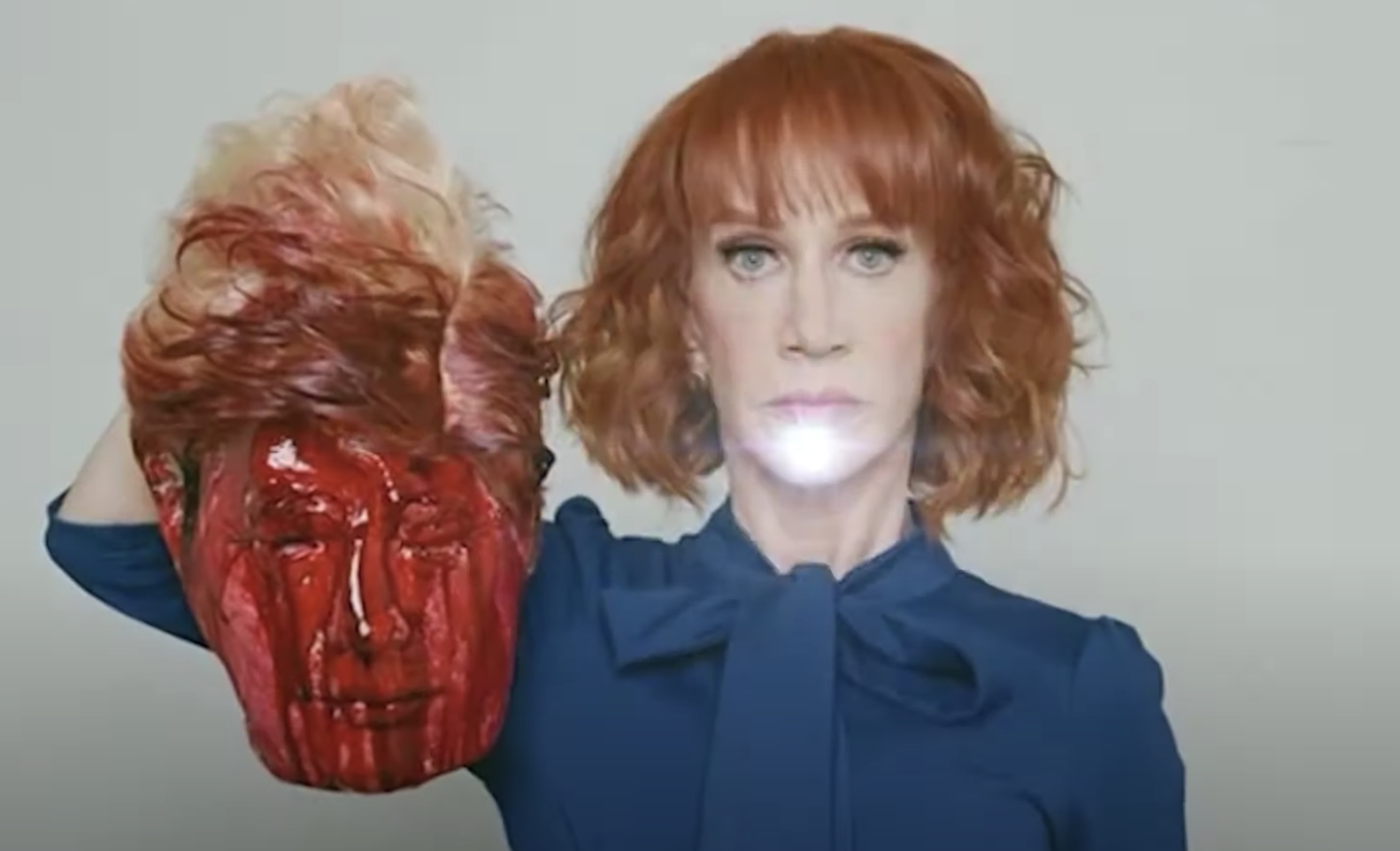 Even though the president tested negative on the same morning of his factory tour, Hollywood’s bossiest ladies couldn’t let it slide.

Though crazed anti-Trump nut Kathy Griffin has complained ad nauseum about being ridiculed and shunned by the public for her Trump decapitation stunt, she literally reprised the stunt that derailed her career in response to Trump’s refusal to wear a mask. Griffin tweeted the infamous image of her holding the bloody and decapitated fake head of the president, and wrote, “Here’s your mask, asshole. Put it on. People are dying. #Coronavirus.”

Hmm, it seems like she was never really sorry about creating the photo after all. The lady is so desperate to micromanage Republicans and their mask-wearing habits, she’s risking being placed on another no-fly watchlist. Unreal.

Comedian Sarah Silverman couldn’t wrap her mind around his "risky" behavior. She tweeted video of the president explaining why he had forgone the mask to concerned journos covering the factory inspection, and commented, “Psychopath.”

Really? The President is monitored every day. What’s more, he told reporters he was wearing a mask earlier in the factory tour when he was in close quarters with others. But no, he’s deranged.

Overbearing actress Mia Farrow scolded Trump for not setting a better example. The Rosemary’s Baby star tweeted, “He could have shown respect and set an example- in so doing he could have saved lives.” Trump should’ve sent her a tweet, saying, “Thanks, Mom!”

Farrow also quipped that perhaps Trump abandoned the mask to save his spray tan. Responding to Time’s reporting of the oh-so-important news, the actress tweeted, “Of course!! Imagine what a mask would do to his makeup.”

Wow. These ladies sure are bossy and mean-spirited. What else do you expect from humorless Hollywood lefties.