The Simpsons voiceover actor Hank Azaria is coming out about his recent decision to step down from the role of Indian “Kwik-E-Mart” owner Apu in the legendary animated series, claiming, “It just didn’t feel right.” 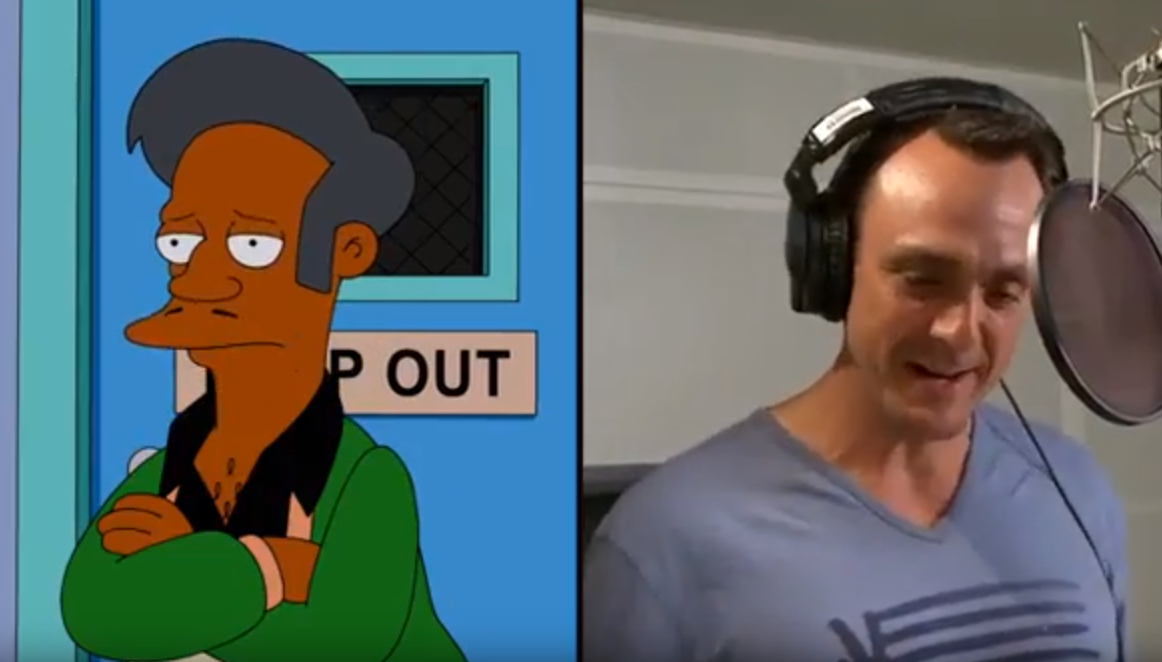 Sure, dude, that’s exactly what we’d expect from someone who was scared straight by the Twitter woke mob.

Beginning in 2017 with the TruTV documentary “The Problem With Apu,” the decades-old Indian character began to crumple under the weight of the woke brigade’s scrutiny. A New York Times article written by Vikas Bajaj solidified the outrage, slamming the depiction as a case of “brownface,” you know, a racist caricature of “Indian-Americans.”

Bajaj wrote, “'Thank you, come again' — those four words, spoken in an exaggerated Indian accent, have followed immigrants and Americans of South Asian descent like a bad penny since ‘The Simpsons' premiered in 1989.’”

It’s been a long time coming, but Mr. Azaria stepped down from the show this past January, and he provided more details on doing so with NYT on Feb. 25.

“Once I realized that that was the way this character was though, I just didn’t want to participate in it anymore,” the voice actor commented. “It just didn’t feel right.” Oh man, sounds like they finally got to him.

Azaria added that he hoped him stepping away would somehow rectify the situation, or “start the conversation” as apologetic left-wingers call such adjustments. He claimed, “What happened with this character is a window into an important issue. It’s a good way to start the conversation. I can be accountable and try to make up for it as best I can.”

The show’s creators commented on the “brownface” controversy a short while after the initial NYT complaint with an episode titled, “No Good Read Goes Unpunished.” In the 2018 episode, Lisa Simpson comments on a book that has been newly deemed politically incorrect. “Something that started decades ago and was applauded and inoffensive is now politically incorrect. What can you do?” the character asked.

Though it took some time before Azaria finalized his decision to step down from the character, he claimed the accusations of “brownface” affected him quite a bit from the outset. He was “defensive” at first, he told the outlet but “he continued to read articles and essays about representation, and he attended seminars about racism and social consciousness.”

Sounds like some rather effective reprogramming. Though, it’s not 100% certain that Apu will be discarded on the show. Blog SlashFilm.com reported that series creator Matt Groening “told a fan at a convention that Apu would still be on The Simpsons and that could still be true.”

Azaria added, “What they’re going to do with the character is their call. It’s up to them and they haven’t sorted it out yet. All we’ve agreed on is I won’t do the voice anymore.” Well, at least Mr. Azaria can save face.