President Trump used his State of the Union to condemn democratic efforts to push abortion laws toward legal infanticide. Democrats have been swift to call him a liar and protest that he’s blowing things out of proportion. But he wasn’t lying and the evidence is out there, making ThinkProgress’ February 6 protestation as silly as it is dishonest. Trump, ThinkProgress asserted, lied when he claimed third-trimester abortions “rip babies from mothers.” 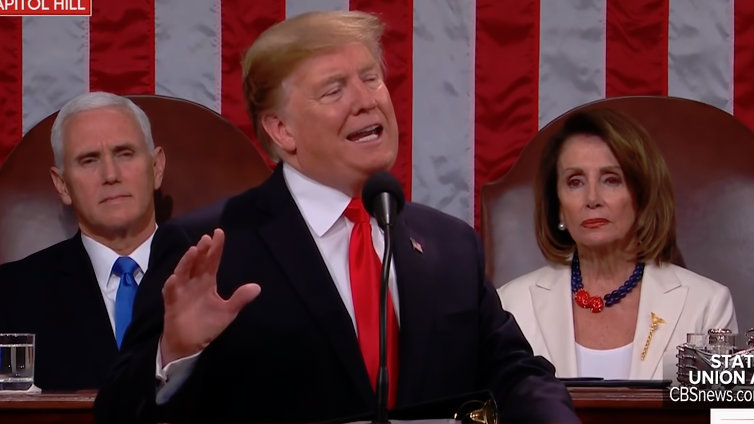 So, would “forcefully tugging,” be preferable?

Trump’s condemnation was “abortion opponents’ latest lie” given “to rile conservatives,” the site said. The thing is, conservatives know the truth, and we don’t need Governor Andrew Cuomo’s bloodthirsty legislation or Governor Ralph Northam’s testimony to spell it out for us.

ThinkProgress slammed President Trump’s claim that “lawmakers in New York cheered with delight upon the passage of legislation that would allow a baby to be ripped from the mother’s womb moments before birth,” by insisting that the laws are not that extreme. The piece stated, “The Virginia bill modestly loosens restrictions after the second trimester, saying only one provider, not three, needs to approve third-trimester abortions in specific circumstances. The New York bill, alternatively, removes abortion from the state’s criminal code and codifies access in a new section of the Public Health Law.”

So the New York bill doesn’t shout I-N-F-A-N-T-I-C-I-D-E? It doesn’t have to. From an honest perspective, especially the one from inside the womb, both bills mean more murdered babies. Virginia’s old law required three physicians to “certify” that going on the with pregnancy “is likely to result in the death of the woman or substantially and immediately impair the mental of physical health of the woman. The proposed legislation says a fully developed baby can be offed with the assent of just one physician and it doesn’t matter whether birth would send a woman into an irreversible spiral or give her a mild case of the sadz.

Gov. Northam explained this all in horrifyingly clear terms.

As far as New York goes, ThinkProgress seemed to tiptoe around it, declining to mention that legal penalties are now removed if an abortion occurs after 24 weeks, or six months of pregnancy. Though they did admit in an earlier piece that NY’s Reproductive Health Act “also protects more New Yorkers who need abortions after 24 weeks of pregnancy.”

Both cases show that the Democratic party’s claim that they want abortions to be “safe, legal and rare” was at best a flight of fancy, or at worst, a flat out lie.

But still, lefties insist that Trump’s SOTU “statements are part of a pattern of recent misinformation about the bills.” Reproductive rights group All* Above All spokesperson Destiny Lopez insisted that it has all been a part of the president’s “hateful agenda” targeting “the most marginalized in our communities — low-income people, people of color, immigrants, and transgender people.” Oh, right. And what about innocent, fully developed infants? For those people who wonder what kind of mindset the Germans were in when they let the Nazis do their thing, that’s the kind of thinking, right there.