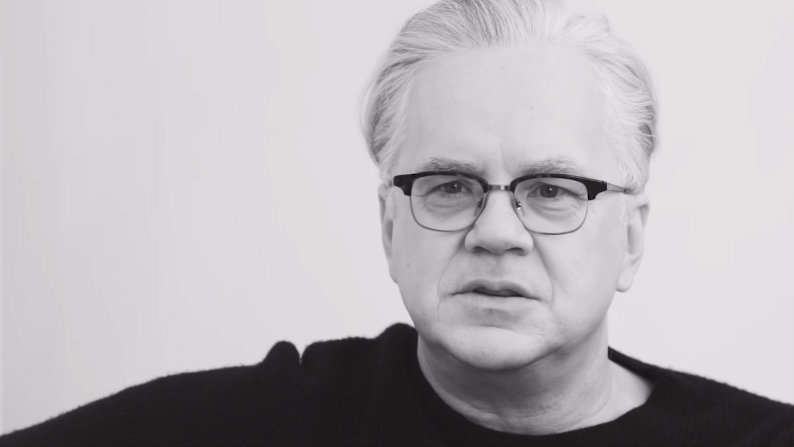 Actor and director Tim Robbins recently made sure to remind audiences of how much of a non-racist, anti-Trump saint he is.

On Saturday, Tim Robbins attended the Karlovy Vary Film Festival. Screening two of his own films at the event, Robbins was a guest of honor who used his time behind the mic to wax political. This time, the actor took aim at Trump and the recent Supreme Court approval of the President’s travel ban.

“That Supreme Court decision will be a disgrace,” Roberts told those in attendance.

One of the films that Robbins provided for screening was a 1992 movie he wrote and directed: Bob Roberts. The film portrayed a fictional story of a conservative candidate who Robbins claimed “is a big fan of beauty pageants and was also formally in a military school and avoided service.”

Robbins told the crowd that it was a surprisingly prophetic work, saying, “I had no idea we would ever elect Bob Roberts as president of the United States.”

Clearly, such political soothsaying has reinforced Robbins’ faith in his own opinions and the necessity for them to be bestowed upon the Hollywood and media groupies, like they were some heaven-sent gift. Asked whether his outspoken beliefs in progressive causes have harmed him professionally, Robbins answered that, no matter what, it’s the least he could do.

“I don’t know that I would like myself very much,” he said, “To know something and not to say anything, to me, is a betrayal of what a democracy is.”

Variety mentioned that Robbins said he is also working on a film that explores “faith versus hypocrisy.” Now, none of the details have been fleshed out, but it sounds exactly like the type of creative endeavor a progressive would embark on – one in which they use the guise of constructive criticism to excoriate honest believers.

Still, for someone as self-preening as one of Hollywood’s most acclaimed actors, he considered films like these to be a blessing for the public, especially compared to the “dangerous” ideas perpetuated by the countless action blockbusters that Americans love to watch. Such movies “divert audiences from thinking about real issues,” he argued.

“We’re so guided by distraction now,” Robbins said. “They have this condescending attitude, like everyone has ADD – explosion, fight, murder…yay! Naked, yay!”

But maybe millions of Americans just want to have a good time at the theater instead of being forced to endure another hamfisted lecture from progressive ideologues like Robbins. Still, it seems like he might be too busy saying “You’re welcome,” to get what’s going on.