It’s always tragic when fictional characters, loved by millions of different people, are morphed into political mouthpieces. Well get ready for heartbreak, because DC Comics has taken it upon itself to turn America’s superhero, THE Superman, into a liberal advocate for refugee rights. 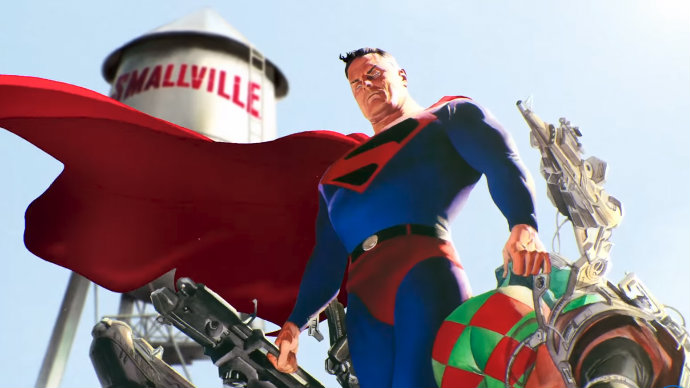 What does that “S” stand for? Well, apparently it stands for “Social Justice.”

Wednesday being World Refugee Day, apparently, DC Comics decided to go with the big guns in trying to shift its America First pop culture fans. It unveiled an iconic comic book image of the man of steel standing in front of Metropolis with white doves of peace flying in the background. For millions of fans, it was a familiar image of one of America’s strongest and most popular characters.

It became truly unfortunate when Twitter users read the caption that DC made to go along with the classic image. “Superman stands up for what’s right.” it declared. Great! Makes sense. However, the next line posed the ill-fated question. “Did you also know he’s a refugee?” One could hear the sound of a million eyes rolling, and the collective “Oof!” of a million conservatives’ comic book memories being punched in the gut.

“This #WorldRefugeeDay, be like Superman and stand up for what’s right. #StandWithRefugees and @theIRC.”

Note that the IRC, or International Rescue Committee, is a group that advocates for global humanitarian aid, and while that’s all well and good, they have been railing against US immigration practices in the hubbub over separated families.

Well, there you have it folks. Superman is officially a social justice warrior, who’s next mission is to laserbeam law-abiding ICE agents and beat border patrol guards into a pulp for putting babies in cages.

If you’re a fan of America First or just want immigration laws enforced, the Man of Steel is no fan of yours. In fact, if you were in his universe today, you’d most likely be his enemy number one and rest assured he’d be crushing your skull like some masked comic-book goon.

The left has been so rabid and so panicked over the recent enforcement of border laws, that even the pop culture giants have started to believe that maybe hitlerian forces are committing atrocities against illegal immigrants. Or they are just so biased against Trump and the contemporary conservative that they transform beloved heroes into liberal orthodoxy’s praetorian guards.

Honestly, the latter is more likely the case. How sad. Hopefully DC wakes up from the politicizing soon, otherwise we may be forced to endure an all star superhero cast come together to form the “Social Justice League.”