This past Wednesday night, USA Network premiered the season finale of “Mr. Robot” after postponing it for a week. Why the wait? NBCnews reported, “a ‘graphic scene’ similar to the fatal shootings on live television of two journalists Wednesday in Virginia.”

'The previously filmed season finale of Mr. Robot contains a graphic scene similar in nature to today's tragic events in Virginia,' USA Network said in a statement. 'Out of respect to the victims, their families and colleagues, and our viewers, we are postponing tonight's episode.'

But that was last week and this is this week, and the show must go on.

“Graphic scene” and “similar in nature” is an absolute understatement. The scene depicts an E Corp executive pull out a gun, put it in his mouth, and shoot himself on live air. No blood or gore is sparred. In fact the scene is downright vile. 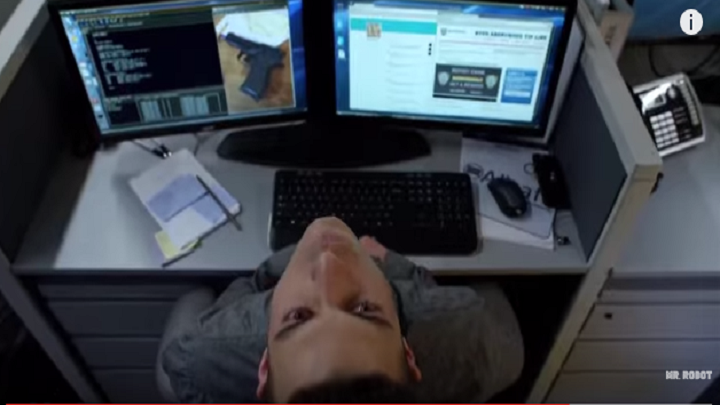 Even so, Huffington Post’s Stephanie Marcus commented the choice to wait a week as a “small gesture” and was “the smart and sensitive decision out of respect to the victims and their families…”

Smart? Sensitive? The scene is incredibly disturbing on its own, but in light of the shooting last Wednesday on air, it just seems plain irresponsible and wrong to go forth with showing another on air shooting.

In truth, the scene is far closer to the 1987 Bud Dwyer suicide than last week’s murder. Dwyer, a Pennsylvania politician dogged by corruption charges, called a press conference and shot himself in front of a room full of reporters and aides. In Roanoke, Vester Lee Flanagan stalked and then murdered reporter Alison Parker and cameraman Adam Ward while they were recording a live interview. Regardless, it’s disturbing that a prime time TV show would graphically create anything like either of those horrors.

Unless you write for Huffington Post. HuffPost’s Maureen Ryan also gushed about the TV show’s finale. She only paused for a brief moment and wrote, “…USA Network was right not to air this image last Wednesday, so soon after a similar tragedy happened on TV in Virginia. Those awful images were just too reminiscent of each other for one to air on the day the other occurred.”

It’s a good thing society has become so desensitized to Hollywood glamorizing violence. Giving the nation a week to get over such a horrific tragedy for the sake of a TV show finale was such a nice gesture from the Network.