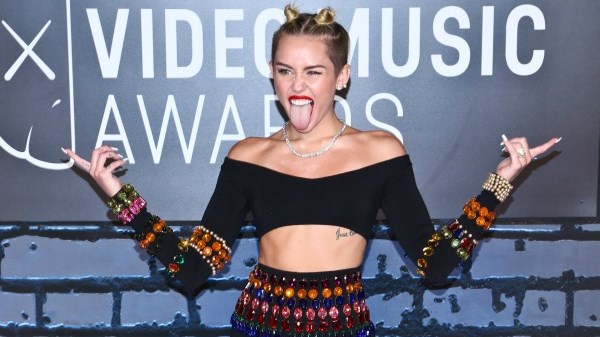 Remember the days when there were just boys and girls? Thanks to liberals that ship has not sailed, but the Left is doing everything possible to make sure that ship burns and sinks to the bottom of the ocean.

Now more than ever, it seems the gender and sexual identity movement is everywhere you turn. The growing trend has attracted more and more young people and pushes against anything considered “traditional.”

Elle UK recently boasted its latest issue covered controversial topics such as ending gender, promoting fluid sexuality, and supporting the trans revolution. Naturally, Miley Cyrus was the perfect choice for the cover as she revealed that despite hating labels, she has labeled herself as pansexual.

“’I’m very open about it – I’m pansexual,’ she tells the fashion magazine. ‘But I’m not in a relationship. I’m 22, I’m going on dates, but I change my style every two weeks, let alone who I’m with.’”

I am literally open to every single thing that is consenting and doesn't involve an animal and everyone is of age," she told Paper magazine. "Everything that's legal, I'm down with. Yo, I'm down with any adult -- anyone over the age of 18 who is down to love me. I don't relate to being boy or girl, and I don't have to have my partner relate to boy or girl.

And in case you were wondering what in the world a pansexual is, according to Stop Homophobia, a pansexual is basically attracted to anyone and everyone.

Cyrus apparently knew at the wise age of fourteen that she had same-sex attractions when she told her mom, “… I admire women in a different way … I love them. I love them like I love boys.” Since then, Cyrus has used her fame as a launching point to help further the LGBT agenda by establishing The Happy Hippie Foundation, which helps LGBTQ homeless youth fight any injustice they face.

Speaking of LGBT, earlier this week the movement got another helping hand from Lily-Rose Depp, the love child of actor Johnny Depp and Vanessa Paradis, when she came out as being sexually fluid. Did we mention she is only sixteen-years old?

Depp’s sexual identity confirmation arose from believing herself not to be 100 percent straight. Instead, her so-called “fluidity’ apparently falls somewhere on a sexual identity, gender oriented spectrum.

After announcing herself as being sexually fluid, she teamed up with The Self Evident Truths Project, another LGBTI awareness-raising campaign that wants a “new America” to force tolerance on.

Of course these two young starlets are proclaimed as bold leaders of their generation for identifying themselves as being sexually unidentifiable – which makes about as much sense as swinging around on a piece of heavy machinery, nude.