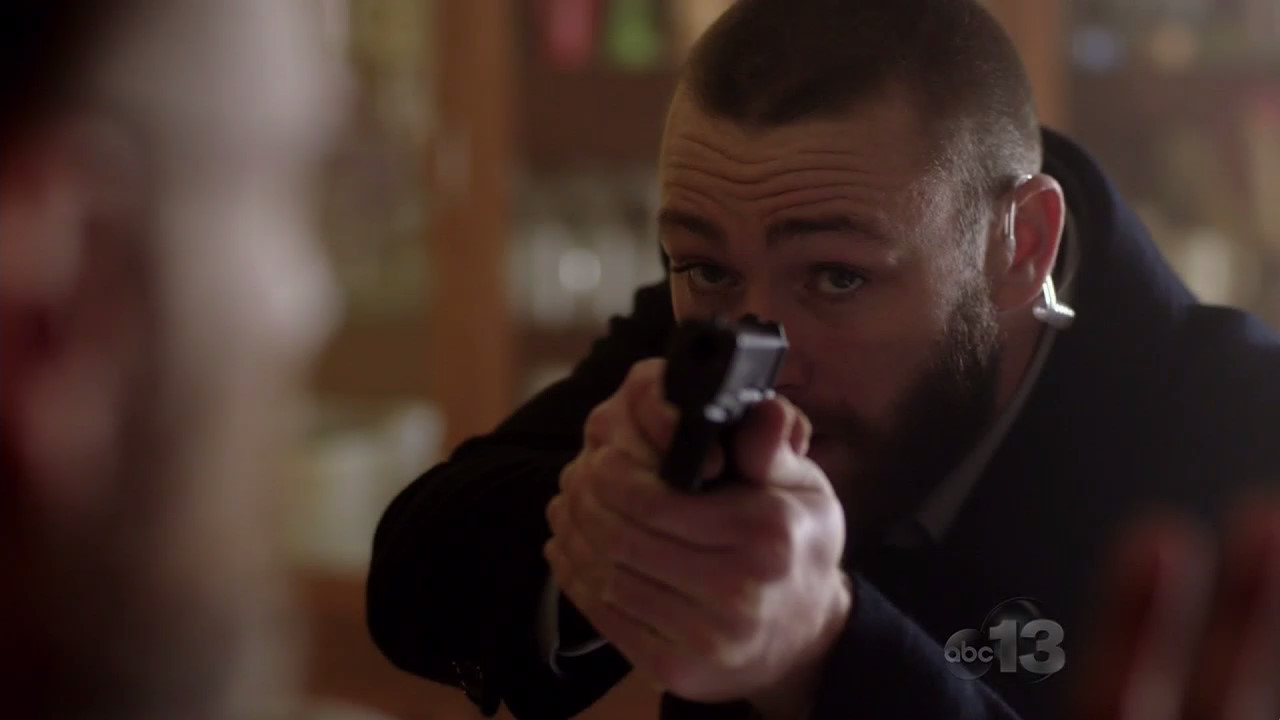 During a flashback in the episode "Drive," FBI Agent Jordan Kent berates fellow agent Ryan Booth (Jake McLaughlin), accusing him of aiding a terrorist cell in Chicago on a case they worked on years ago. Why would Afghanistan vet Ryan do such a thing? Jordan says it’s because he must have “realized what a worthless war it was when you got back.”

And just who were these “terrorists?” If you guessed an American “militia,” congratulations, you’re learning just how predictable Hollywood scriptwriters can be! An anti-government militia has already plotted to bomb New York on CBS’s Limitless.  NBC quickly followed with their own militia villain on Blindspot. It was only a matter of time before ABC got in on the militia fad, but being late to the party, they had to step things up a notch.

On Quantico, we’re told that the militia shouted Donald Trump’s campaign slogan, “Make America great again,” as they carried out their attack.

Ryan: Did you tell a trainee that I intentionally left my post in Chicago?

Jordan: "A trainee"? It seems like you're on a first-name basis with her to me.

Jordan: Don't go where? She was on a fact-checking mission, not me. I just told her the truth.

Ryan: And what truth is that, exactly?

Jordan: About Chicago. Now, why would a great agent, clearly a responsible man, a hero, just happen to leave his post an hour before his shift was up?

Ryan: I was investigated on that. I paid for my mistake. Why the hell are you still digging?

Jordan: Because I don't believe it was a mistake. I think you wanted that militia to carry out their plan. And if we hadn't raided that night, hundreds of people would have died.

Ryan: Yeah, and what possible reason would I have for wanting to hurt innocent people? Why would I want to destroy my own career?

Jordan: I don't know. Maybe Afghanistan broke you. Maybe you realized what a worthless war it was when you got back and you got to talking to one of those cell members one day and realized you were fighting on the wrong side. I –

Ryan: Let me tell you something. If you ever say something like that to me again, you're gonna have a whole new set of problems. I love this country.

Jordan: Isn't that what they said when they attacked it? ‘Make America great again?’

Ryan: You better back up.

Could they be any more predictable? Apparently, "Make America Great Again" is the equivalent of Allahu Akbar, in Hollywood's minds.