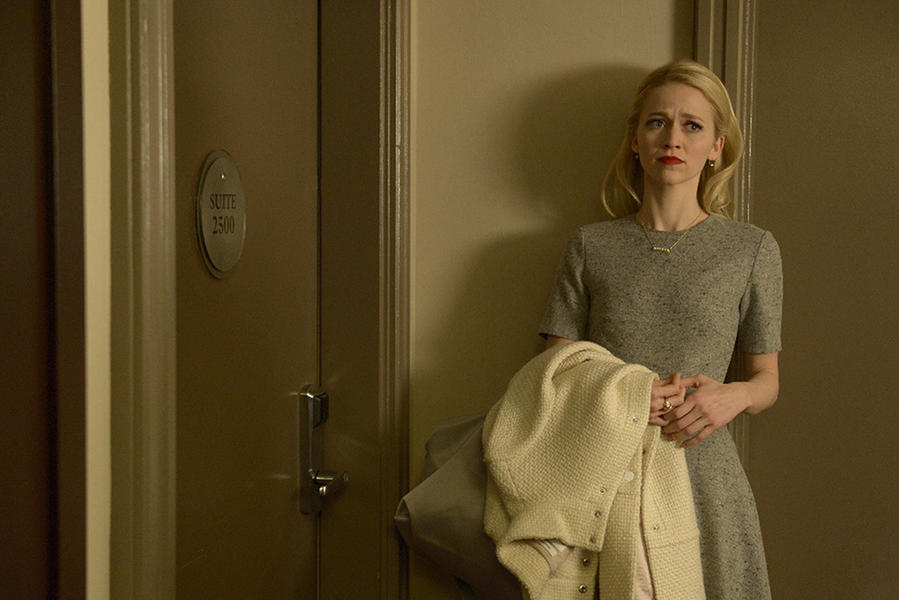 In an episode about America’s porous borders in which 18 FBI recruits successfully slip across the border undetected without any proper planning, Quantico’s writers made sure to slip in a few digs at President George W. Bush and former Vice Presidential candidate Sarah Palin.

In the episode “Care’s” flashbacks, the FBI recruits are told they’re being taken to the Canadian border to meet with TSA and Border Patrol agents to learn about U.S. border security and human trafficking. Once they arrive in Canada, however, the agents are told to surrender their passports and try to make it home without them. The first pair of recruits to make it home will get their choice of plum field office positions, and any trainee who succeeds in crossing will get preferential treatment when the FBI assigns the new agents to field offices.

During the exercise, Caleb Haas (Graham Rogers) reveals to Shelby Wyatt (Johanna Braddy) that he has secretly made plans for Shelby’s parents to meet them at a hotel in Canada. Shelby’s parents had faked their own deaths following the September 11, 2001 terror attacks and in this episode, are outed as war criminals who—unintentionally, they say—sold military technology to the Taliban. When Shelby frets that the time they spend at the meeting could cause them to fail the exercise, Caleb consoler her, saying that if they’re condemned to “busting Palins in Anchorage, it’ll be worth it” for Shelby to have finally gotten answers about her family.

Shelby: They're clearly not here. I mean, it would have taken them the entire day to even travel.

Caleb: The answers to all of your questions are on the other side of this door.

Shelby: And our future is on the other side of the border. We're gonna fail.

Caleb: So what? Then we'll spend the rest of our days busting Palins in Anchorage, but it'll be worth it. Shelby, you'll have your answers whether they're good or bad, but at least you'll have them.

Shelby: 15 years of my life change forever if I open that door.

Caleb: We could always head back.

Meanwhile, in the present, Alex Parrish (Priyanka Chopra) and Simon Asher (Tate Ellington) break former Quantico trainee and socially awkward genius Will Olsen (Jay Armstrong Johnson) out of CIA custody. When Parrish and Asher are unable to determine why the terrorist, known only as “The Voice,” needs Olsen, Will agrees to hand himself over as a human Trojan horse.

Olsen rationalizes his decision by explaining that the CIA would never let him live freely anyway, and that “10 years ago,” i.e. under the George W. Bush Administration, the agency would have already killed him.

Alex: Please tell me you guys have figured out what the Voice is planning.

Simon: We still don't know anything. Everything Will knows poses a threat to national security, but we can't draw a clear line between any of it and the break-in at the lab. Ryan again?

Alex: Worse. The coordinates to the drop point. We just ran out of time. You have to run, Will. We can deal with the consequences, but we can't give the Voice the final piece that they need. And I'm not sending you to your death.

Will: Turning me over has the highest chance for success given the current circumstances. No one is going to get hurt, and you'll have a fighting chance at stopping the Voice with me in there.

Alex: We have no leads.

Will: You don't need any more leads. All you need is me. The voice is smart, but so am I. I will help you stop this terrorist from the inside. As soon as I figure out their plan, I will find a way to contact you. Just think of me as your personal Trojan horse.

Will: Alex, the CIA was never going to let me go. If this was 10 years ago, they would have already killed me. At least this way I have a chance to do some good.

At this point, I wonder if Hollywood will ever finish beating on George W. Bush’s presidency. After all, if they wanted to talk about American presidents killing American citizens without trial, Barack Obama gave them the perfect opportunity. His administration, in a May 22, 2013 letter from Eric Holder to the Senate Judiciary Committee, acknowledged it had “specifically targeted and killed one U.S. citizen,” and killed three others who weren’t specifically targeted. The Obama administration’s drone policy was the subject of multiple filibusters by Kentucky Senator Rand Paul.

But for an entertainment industry that loves to hate Republicans, it’s easy to see how they could have overlooked those incidents.