As the liberal media waits on the edge of its seat for the moment Pope Francis will overturn Catholic doctrine, they are once again disappointed to find out that he’s still Catholic.

Last week, Pope Francis continued his tradition of condemning the “ideological colonization” of the world by new leftist gender theories. “Today, in schools,” Francis said, “they are teaching this to children — children! — that everyone can choose their gender.”

According to the Associated Press, Francis said, “We are living in a moment of man as image of God.” He also called listeners to “think about what Pope Benedict said — ‘It’s the epoch of sin against God the creator.’” 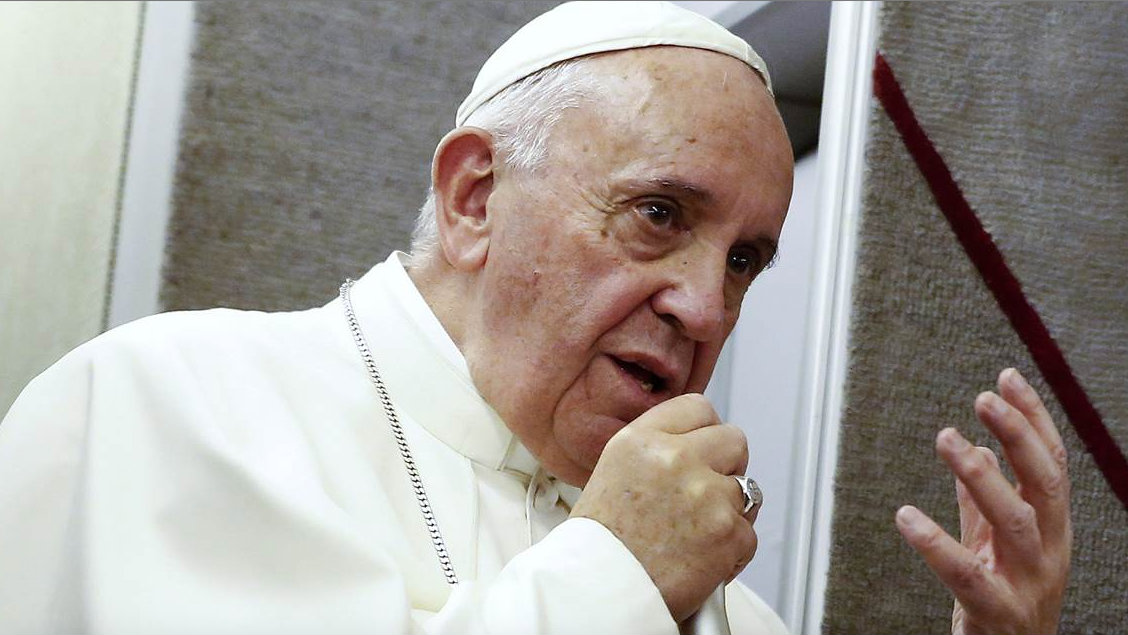 Francis specifically blamed “very influential countries” and “persons and institutions who donate money” for schooling and textbooks. He called this ideological colonization “terrible.”

With comments like these clearly aimed at the ideology of leftist elites in Europe and America, it’s difficult for liberals to cling to the usual narrative that Francis is a liberal in radical discontinuity with his “conservative” predecessor, Pope Benedict XVI.

The New York Times’ Mike McPhate couldn’t even bring himself to make his story about Francis’ gender statements. Instead, the focus of the Times story was the reaction to Francis’ statements. “Pope Francis’ Remarks Disappoint Gay and Transgender Groups,” read the headline.

Who are these disappointed individuals whose disappointment is apparently more newsworthy than Francis’ comments? Answer: Sarah McBride, a spokeswoman for Human Rights Campaign. Rev. Thomas Reese, a Jesuit priest and senior analyst for the National Catholic Reporter. And finally DignityUSA, “a leading organization of LGBT Catholics.” (DignityUSA’s about page explicitly “advocates for change in the Catholic Church’s teaching on homosexuality.”)

Toward the end of his article, McPhate did manage to quote someone defending Francis. Austen Ivereigh, a biographer of Francis, who noted that Francis’ remarks do not attack people but an “abstract ideology which doesn’t correspond to that human reality.”

Quoting the opposition, however, puts the Times one point ahead of the Post. The Washington Post’s religion reporter, Julie Zauzmer, briefly presented two of Francis’ comments before diving into the criticism portion of her news piece, which never voiced the other side.

She first quoted DignityUSA saying that Francis’ comments “put lives at risk” by encouraging “bullying.” Zauzmer quoted the DignityUSA’s director saying, “The pope is demonstrating a lamentable and dangerous ignorance of a subject that is literally a matter of life and death to some people.”

The quotes from DignityUSA were rounded off by some commentary from Zauzmer, as she expressed how liberal hopes that Francis would change the Church’s “policies on gender and sexuality” have “dimmed” since the beginning of Francis’ papacy.

Another instance of how secular journalism, which tries to reduce everything to the political arena, is ill equipped to report on the Catholic Church.