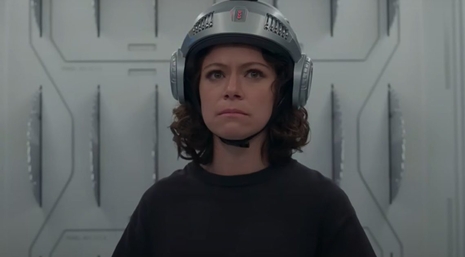 Based off the Marvel comics, the show's feminist whining and anti-man attitude proves that Disney is willing to insult Marvel fans just as much as they do Star Wars ones.

Attorney Jennifer Walters (Tatiana Maslany), a cousin of Bruce Banner (Mark Ruffalo), a.k.a the Hulk, transforms into a Hulk herself following a car crash. Some of Banner's gamma-irradiated blood falls into an open wound on her skin after the accident.

Walters hates her new superhero status. Being a lawyer is much more important to her than potentially saving the world.

Bruce decides to train his cousin in how to control this new side of herself based on what he's learned over many years.  He puts Walters in a glass case and tells her, "The triggers are anger and fear."

"Those are like the baseline for a woman just existing," Walters responds.

Her suffering martyr schtick continues later in the episode after it becomes clear that Walters is naturally superior (of course!) at controlling her Hulk side than Bruce.

“Here’s the thing Bruce, I’m great at controlling my anger. I do it all the time,” Jen says. “When I’m catcalled in the street, when incompetent men explain my own area of expertise to me, I do it pretty much every day because if I don’t I will get called emotional, or difficult, or might just get murdered. So I’m an expert at controlling my anger, because I do it infinitely more than you.”

She-Hulk is whining about how hard she has it to a guy who has lost multiple close friends and loved ones while fighting super villains.

Conservatives quickly took to Twitter to mock the cringe-inducing scene.

Pray for me as I make it through this pic.twitter.com/REJaur21vZ

In an interview for Variety, She-Hulk's creator and head writer Jessica Gao said the series was originally supposed to focus more on the courtroom side of She-Hulk, but the writers discovered they didn't know how to write courtroom scenes well.

"When we got into the writers’ room, inevitably things change as you’re developing the show and as you start writing," Gao said. "And one thing that we all realized very slowly was none of us are that adept at writing, you know, rousing trial scenes."

Trial scenes have been a TV staple since the earliest days of television. Gao basically admitted Disney did not hire good writers.

It's also clear that these writers did not know how to write a compelling female hero. Hollywood has written plenty of iconic female heroes that appeal to both men and women from Wonder Woman to Princess Leia to Sara Connor.

At their best, these heroes confidently and charmingly parlay with men and focus on selfless objectives. They don't waste the audience's time complaining about an inability to get along with the opposite sex. Nobody wants to listen to someone who hates half the human population.

Alas, eight more episodes of She-Hulk: Attorney at Law are due to follow this unbearable premiere. My guess is that only the most committed woke feminists will be able to sustain long-term interest in the series.