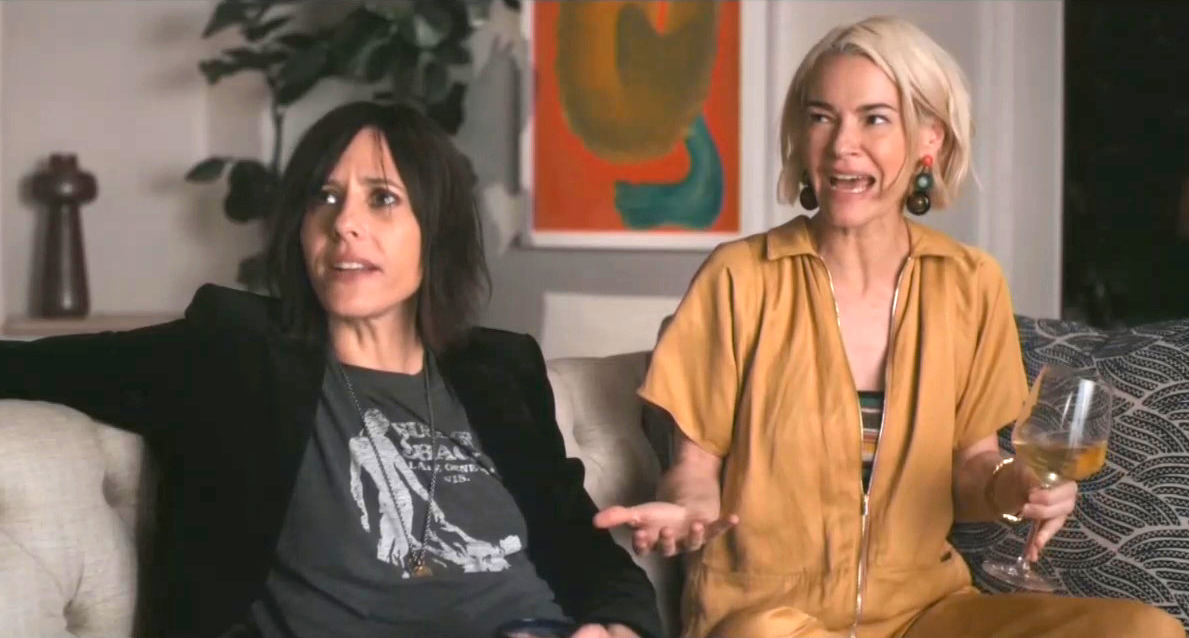 On Sunday, December 8, Showtime premiered The L Word: Generation Q, a reboot of last decade’s lesbian series The L Word. The latter series included an "unauthorized abortion of W" sculpture so one could only imagine what the reboot was going to do.

Besides being an alternative to porn-hub, The L Word reboot also pushes leftist politics. The various lesbian characters promote left-wing agendas in one way or another. A character named Alice (Leisha Hailey) heads a hip “queer” talk show. She and her staff become excited when they think they may be able to get Kamala Harris to come onto the show! (The episode was created before Harris dropped-out.) The writers live in such a bubble that they were unaware of how much Harris’s campaign was imploding and did not recognize that no one in the country thought she was cool.

Jennifer Beals plays a lesbian named Bette who is running for mayor of Los Angeles. Bette talks about how she will solve the homelessness problem in the city as a progressive. Never mind the fact that progressive policies caused Los Angeles’ homeless problem to explode in the first place. When Bette rejects campaign political contributions from a pharmaceutical company invested in the production of opioids, she tells the young women in the company, “While I might understand the willful ignorance of a straight white man, I'm having a hard time understanding how you could turn a blind eye.” (Left-wing television dramas seem to be increasingly attacking white males in their dialogue.)

Bette’s campaign is almost derailed when it is discovered she slept with one of her married female employees. The angry ex-husband of the employee announces this publicly at Bette’s campaign launch.

Sleeping with an employee should be enough to end a political campaign, but when Bette talks with Alice and her friend Shane (Katherine Moennig), the show makes clear this lesbian woman is somehow different from “male predators.”

Shane: So what are you gonna do about the campaign?

Bette: My advisors told me that I should drop out.

Alice: You can't do that.

Shane: I'm sorry, I don't see what the problem is.

Alice: She slept with an employee.

Bette: It was consensual.

Alice: But she was married.

Bette: Okay, so I fucked up.

Alice: I think it's because you're gay.

Bette: Well, I think the problem is Felicity's gay and it makes her husband feel like less of a man, I mean, whatever that means.

Shane: That makes the most sense.

Alice: But they're trying to paint you like these male predators.

Alice: You should come on my show.

Forget power dynamics in the workplace, men are just trying to "shame" this woman. Apparently, “me too” does not count when you are a progressive lesbian.

In the end, Bette makes a speech on Alice’s talk show since Alice is unable to book Kamala Harris. Bette's campaign emerges reinvigorated. This is probably the ending the writers think the LGBT progressive former Rep. Katie Hill should have had.

Of course, the show places children in the mess of overly-complicated lesbian relationships. Bette is a mother and Alice is living with one. Naturally, there are no fathers in these homes and different romantic partnerships have come in-and-out of these mothers’ lives. In Hollywood fiction, children somehow just adjust to life with such familial chaos. Half their genetic identity is never even acknowledged.

Conservatives, and most of America, are probably not going to watch this show. And they shouldn’t. It is just poorly written pornography and propaganda. But here at Newsbusters, we will take the bullet and watch it for you so you know the world cultural Marxists want to create for us. We will take a small sip of the Kool-Aid to warn you of the poison radical leftists want our nation to drink.