ABC renewed The Real O’Neals for another season. For the season premier, titled ‘The Real Thang,’ main character and gay teenager Kenny O’Neal (Noah Galvin) decides to start an LGBT group at his school in honor of National Coming Out Day.

What’s especially awesome about how the show portrays Kenny’s new gay club, is how they in no way indulge in any kind of gay stereotypes:

Kenny: It's 3:29. In one minute, the doors will open and the gay kids of St. Barklay's will stream in. Will they thank me? Yes. 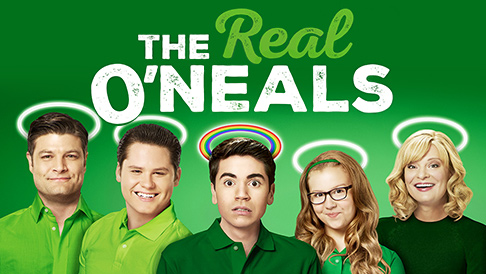 Will they carry me on their shoulders? Of course. I'm super light, and I've done a lot for them.

As it turns out, that girl is the only one who comes out...for Kenny’s club, or for National Coming Out Day. Seems fitting that Kenny’s club draws just about as well as this TV show.