The spate of NFL flag/anthem protests, the same protests that Commissioner Roger Goodell encouraged, are taking a toll on NFL ratings.

According to The Sporting News:

“It's the Kaepernick Effect, stupid. 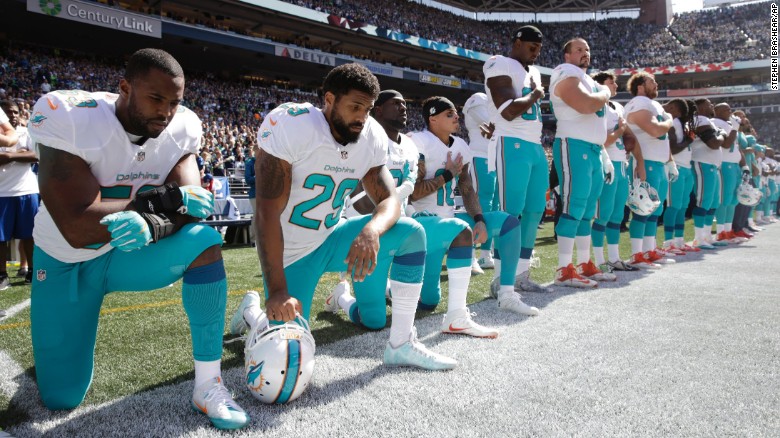 Colin Kaepernick and other players of the American flag/national anthem, according to pollster Rasmussen Reports.

Nearly one-third (32 percent) of adults say they're less likely to watch NFL game telecasts because of the Kaepernick-led player protests against racial injustice, according to Rasmussen's telephone/online survey of 1,000 American adults conducted Oct. 2-3.”

Clearly, the flag/anthem protests are not the only reason why NFL ratings are nosediving. However, there is now tangible proof that reaction to those protests is one of the reasons for it. But where does the NFL go now? The Commissioner has already pretty much embraced the protests. The NFLPA has already stated their support for the players.

Yet, NFL owners did not get to become billionaire masters of the universe by losing money. So, who blinks here? Do the league and the PA strike some kind of backroom deal to stop the protests?

Not to go all Reverend Wright here, but for now, it appears the NFL’s chickens have come home to roost.