In a desperate attempt to convince the world that they still exist, Time magazine put anthem-protesting, second string quarterback Colin Kaepernick on the cover. 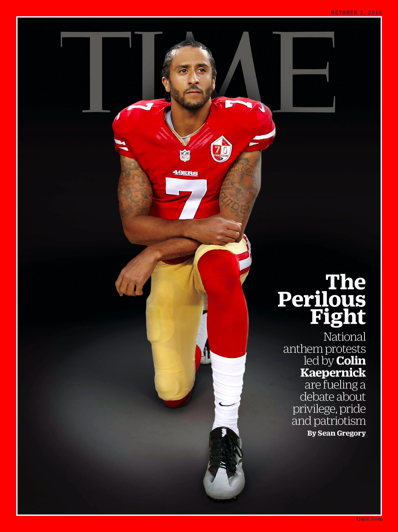 Wouldn’t Time want to find someone who positively affects the cause for which he claims to fight for, as opposed to Kaepernick, who has so badly mishandled his protest that no one is even talking about police training or social injustice. Instead, we’re talking about what the flag means and whether or not the anthem is racist.

Time oddly refers to Kaepernick’s protest as “perilous,” even though, unlike past social justice advocates, Kaepernick has not been arrested, lost employment, or had to sacrifice anything of substance whatsoever.

But hey, people nationwide are being reminded that Time magazine exists. So, mission accomplished?