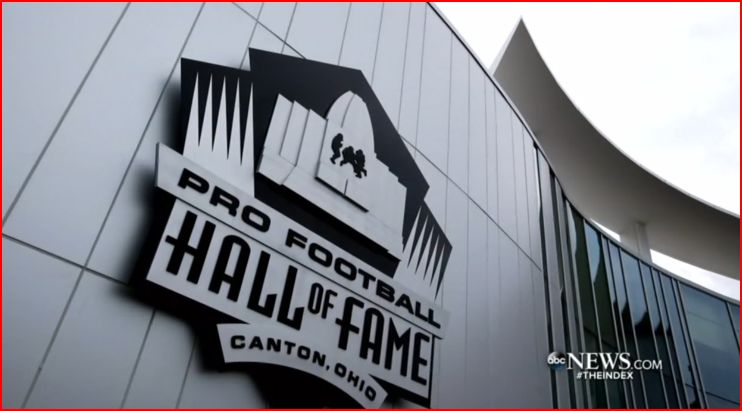 It wouldn’t be an NFL Sunday in 2016 without the Social Justice Warriors at Deadspin trying to solidify the notion that football is icky and dangerous, and should not be watched by African-American men. Despite the fact that the sport has made more African-American men millionaires than any other industry on the planet.

From the article itself:

“Wide receivers might need seasoning, to learn the route tree, to master the subtleties of identifying and beating different defenses, to develop chemistry and trust with a quarterback. Quarterbacks, of course, play the NFL position most subject to concerns over readiness. Promising young quarterbacks with all the physical tools for the job can still be rattled, scattershot, team-torpedoing disasters if they aren’t in the right situation, and aren’t sufficiently comfortable playing such a complex position at terrifying full speed. The insane requirements of the position, and its absolute importance, and the high rate of failure, are, after all, why good quarterbacks eventually become great and mythical Papa John’s spokespeople.

Those are also the reasons why running quarterbacks are, for the most part, fucking doomed. The characteristics that make an athletic, running quarterback ready—that he can shred a defense in multiple ways, by forcing the defense to prepare for contingencies not presented by your typical pocket statue—correspond with youth, and, most importantly, health. And the very threat he poses to defenses requires the premature sacrifice of his youth and health. And this sucks.

Robert Griffin is the handy example. By any fair, performance-based standard, RGIII was ready from day one. His rookie season was extraordinary: he finished third in the NFL in passer rating, led the league in yards per attempt, had the lowest interception rate, and rushed for 815 yards. That’s what you want: a guy who can manipulate the defense into exposing deadly vulnerabilities, and exploit those vulnerabilities no matter what specific shape they take. A good and sane spectator sport doesn’t just have room for a guy like that. A good and sane spectator sport exists in order to produce and celebrate guys like that.

Football—a dumb and bad spectator sport, propped up by gambling, pandering, and cold-weather desperation—says “yeah, those characteristics are pretty cool, but let’s see if you can stand getting hit by a speeding truck a dozen times every Sunday.” The result? Griffin’s body is basically ruined. That seems like an unwise way to handle a good thing! Hey, Cam Newton’s an incredible athlete, we should punish that by turning him into a crash test dummy every Sunday. A running quarterback ought to be the coolest thing in football. Instead, each running quarterback exists as a cautionary tale for the next one. Griffin and Newton should have played something else.

Maybe this is part of the charm of football? That it chews up its competitors like no other sport on earth? That this is ultimately an especially brutal test of an athlete’s mettle?

Hey, here’s some other stuff you can watch today:

For now, just a couple of mid-table sides.

You get the picture. Put down the football, and go watch sports with little to no black people in them.

Deadspin did not, however, count on a member of the sports media calling them out. Soon after they tweeted the article out, Fox Sports 1 host Jason Whitlock pounced: 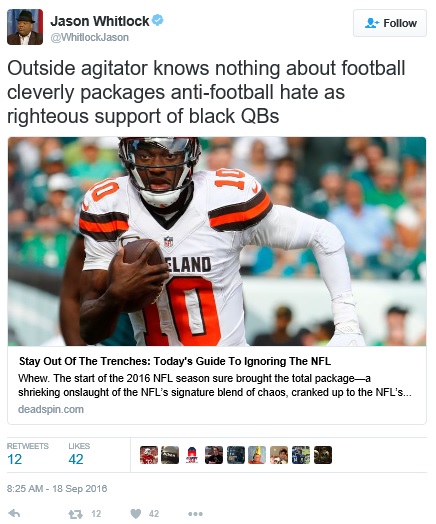 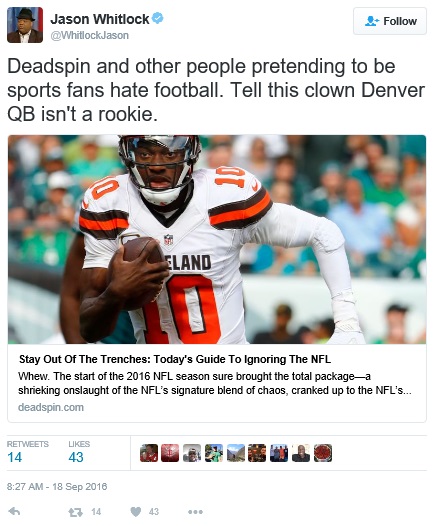 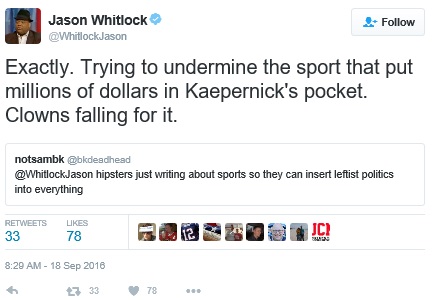 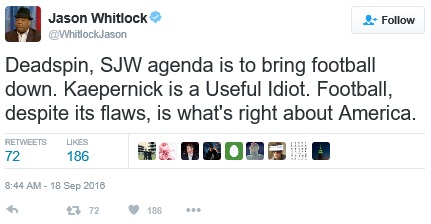