Listen up you bigoted, insensitive, and intolerant Bible-thumping right-wing nut jobs in North Carolina. The Sporting News is gonna learn you something about inclusion and respecting people different than you.

How will they do it?

By insulting the heck out of you, and in no way including you or your differing views: 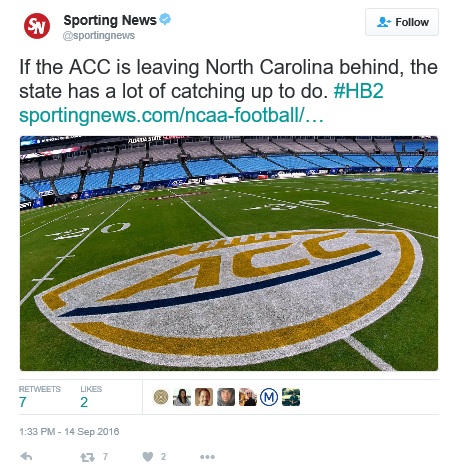 The article itself was pretty bad too:

“It takes about a week for a college football coach to plan for a championship game, but planning to stage that game tends to be a little more involved. It is not a process that is measured in days or weeks. And the Atlantic Coast Conference is allowing itself 80 days.

Actually, 79 days. Wednesday, the league announced the 2016 Dr Pepper Atlantic Coast Conference Football Championship Game would be removed from Charlotte’s Bank of America Stadium as a reaction to the discriminatory HB2 law passed in March by the state of North Carolina. How you much figure they got done around the league office after that?

What other leagues will have spent much of a year doing, the ACC now will have to manage in less than three months: site selection, site prep, advertising and marketing, ticket sales, local market outreach, securing hotel accommodations for participants and official party, fan experience, much more. All the other big leagues are running the final tough miles of a marathon, and the ACC is going to have to do a 10-K run in an all-out sprint.

They’re doing this why? Because they are a collection of universities, and universities are becoming more inclusive not less, and because they’re all smart enough to recognize the HB2 law is discrimination in disguise.

This is a momentous decision for the ACC. In pulling the football title game and seven other neutral-site championships from the state, the ACC has issued a declaration about the state it has called home since its 1953 birthday.

"We have great respect for the NCAA's and ACC’s decisions," North Carolina athletic director Bubba Cunningham said in a statement. "We are hopeful that these issues are resolved quickly and the championship events are able to return to our state.”

The ACC always has been a Carolina-centric league, with “the Big Four” of Duke, Wake Forest, N.C. State and North Carolina often carrying significant weight in league matters. The ACC headquarters in Greensboro are right there on I-85. If you’re driving south on the way to Charlotte, you can look to the right and see the league’s office building.

The past six football championships have been played in Charlotte, and the next four were contracted for B of A Stadium. The ACC Tournament has been played in Greensboro 28 times and in the state 54 times in all; only a dozen of the tournaments have been staged outside North Carolina.”

I feel awful bad for the ACC and the NCAA. What with having to reschedule their precious championship games, as they move them away from mean ol’ North Carolina.

Of course, people could take the NCAA/ACC’s “moral stand” a lot more seriously if those leagues weren’t pulling out of NC while simultaneously allowing North Carolina schools to go on Goodwill tours in Communist police states with Human Rights and Gay Rights records that are…shall we say…suspect.

But that’s none of my business... 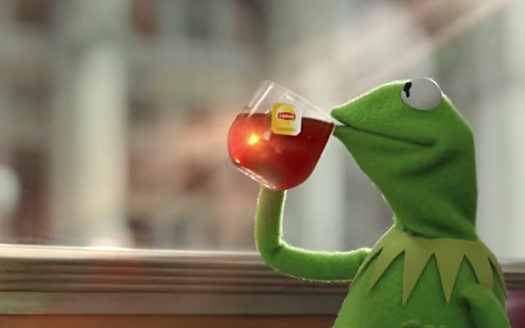