Two men wearing white shirts with the word ‘Lochte’ crossed out on the front stormed the Dancing With the Stars stage, and threw something at Olympic swimmer Ryan Lochte. The cameras did not catch the attack, focused at the time on Judge Ann Inaba. The host of the show, Tom Bergeron, can be heard on the video pleading for calm.

Security eventually led the two men off the set, and the show resumed with a very shocked looking Ryan Lochte and partner.

Here is the moment of the attack:

Something went down on #DWTS after #Lochte dance - network didn't air it but this is live TV pic.twitter.com/QfmUwy8FbN

Here are the alleged assailants: 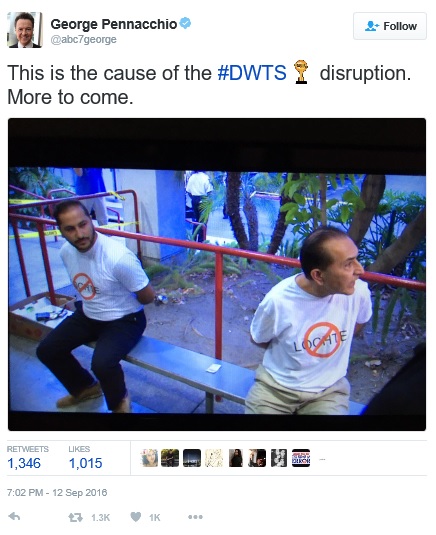