In hopes of recruiting the type of baseball player who will protest the National Anthem, Adam Jones of the Baltimore Orioles gave that line, and others, to USA Today’s Baseball writer Bob Nightengale. 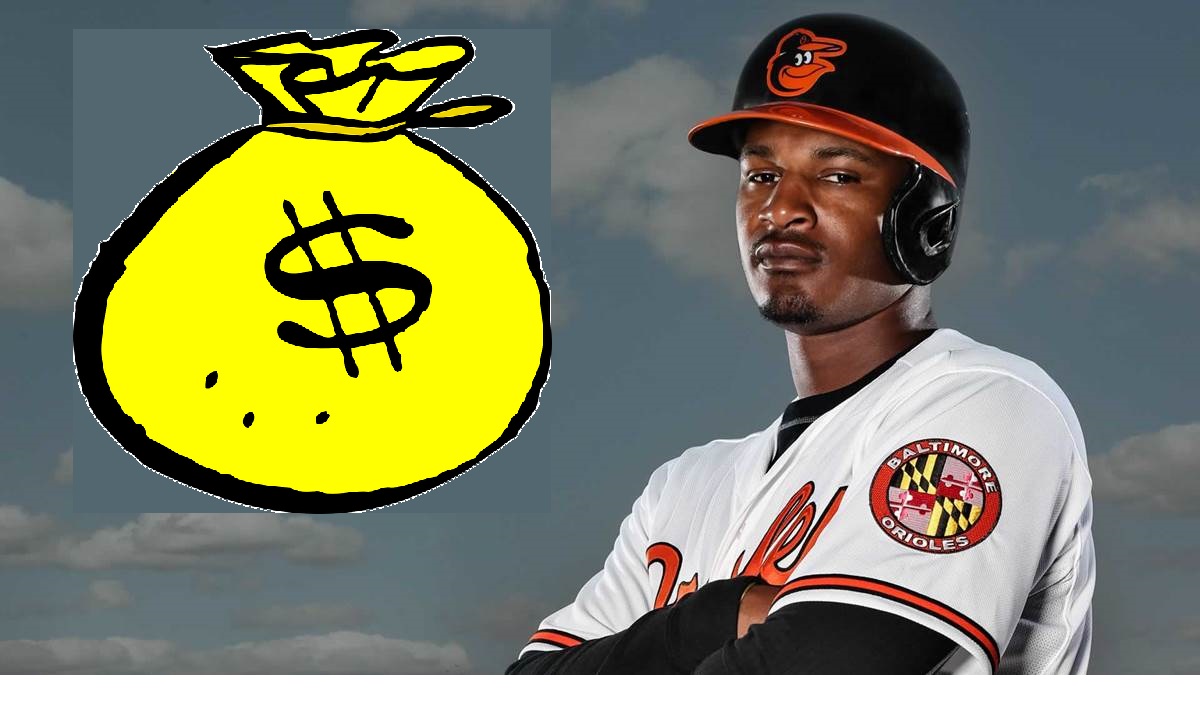 “Perhaps someone is quietly sitting on the dugout bench, or even lingering in the clubhouse until the national anthem is over, but no one has publicly made their intentions known.

“We already have two strikes against us already,’’ Baltimore Orioles All-Star center fielder Adam Jones told USA TODAY Sports, “so you might as well not kick yourself out of the game. In football, you can’t kick them out. You need those players. In baseball, they don’t need us.

“Baseball is a white man’s sport.’’

Indeed, African Americans comprise 68% of the player population in the NFL, and 74% in the NBA. That number is just 8% in baseball, with only 69 African-Americans on the opening-day rosters and disabled lists this season.

This point actually argues against Jones. The premise that a larger number of black players means greater freedom to protest, would mean that the NBA, with 74% of their players being African-American, by far the greatest percentage of all major American sports, would “out protest” the NFL. Yet, they’re not.

They’re not because the NBA actually has a rule in their CBA that requires all players to stand for the National Anthem. Both the American, and Canadian anthems. The NFL doesn’t have this rule in their CBA. Which is how Kaepernick and his minions get away with their little act.

“Whether you agree or disagree with Kaepernick’s method to draw attention to the inequalities in this country, Jones is dismayed how the public views Kaepernick compared to 49er teammates. Go ahead, check out the difference in coverage since Kapernick sat during the national anthem compared to his teammate, Bruce Miller. Miller was arrested last week and charged with aggravated assault, elder abuse, threats and battery against 70-year-old man and his 29-year-old son. The 49ers later released him.

“Here’s my thing,’’ Jones says, “there’s somebody on the 49ers’ team that commits an act like that, accosts a 70-year-old man and his kid, and nobody’s talking about that. But they talk about Kaepernick doing something that he believes in, as his right as an American citizen. People need to talk more about that guy than Kaepernick.

“He’s not receiving the ridicule and public torture that Kaepernick is facing. Is Kaepernick hurting me? No. Is he hurting random people out there? No. I support his decision.”

This is ridiculous as well. Bruce Miller did indeed get national radio and television coverage for his despicable act. Why did he not get as much attention as Colin Kaepernick? Well, because he’s Bruce Miller.

“Heavyweight champion Muhammad Ali, Hall of Fame running back Jim Brown, Olympians John Carlos and Tommie Smith and NBA Hall of Famer Kareem Abdul-Jabbar all spoke out about racial inequalities. All survived the public storm of criticism, though some paid a heavier price.

Even Jackie Robinson, the man who Martin Luther King even credited for starting the civil rights movement, became a strong advocate for racial equality during his career and afterwards, and even voiced his opinion about the national anthem in his 1972 autobiography, I Never Had it Made.

Once again, Robinson was ahead of his time, opening plenty of doors, but nearly 70 years later, so many are still closed. It provoked Kaepernick to publicly display his discontent, with the movement spreading, and causing everyone to take notice…”

I’m unaware of any great door closed to Jackie Robinson, and is still as of this day closed to Colin Kaepernick or Adam Jones. However, I’m pretty sure Kaepernick hasn’t started a movement. Movements actually require something more than gestures. What Kaepernick has launched is a trend. It’s the Ice Bucket Challenge of 2016.

Except not well-intentioned, for a good cause, or fun.