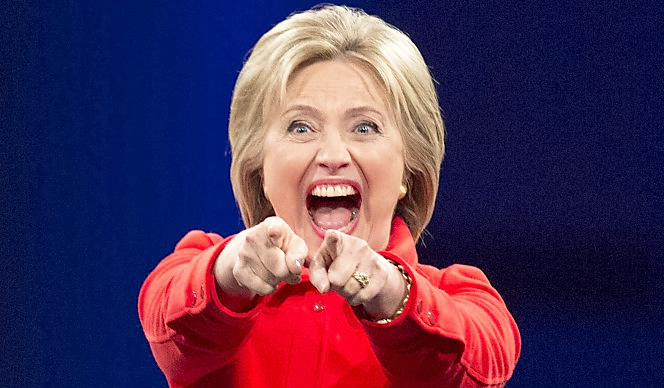 The mainstream media selectively highlighted parts of Colin Kaepernick’s Sunday press conference comments, in order to shield Hillary Clinton. As pointed out by Fox Sports’ Clay Travis, Kaepernick took a massive shot at Hillary Clinton in that presser that has gone virtually uncovered.

During the press conference, the following Q&A sequence occurred with reporters:

“Does the fact that this is an election year have anything to do with the timing?

CK: It wasn’t a timing thing, it wasn’t something that was planned. But I think the two presidential candidates that we currently have also represent the issues that we have in this country right now.

Can you expound on that?

CK: You have Hillary [Clinton], who has called black teens or black kids super predators. You have Donald Trump, who is openly racist. We have a presidential candidate (Clinton) who has deleted emails and done things illegally and is a presidential candidate. That doesn’t make sense to me. If that was any other person, you’d be in prison. So what is this country really standing for?”

In any other world, an athlete with the total focus of American sports media on him, who takes an open-handed slap at nominees of both parties would be an incredibly big news story. Yet, this portion of Kaepernick’s remarks don’t lead the discussions on any of the panel shows, nor are they featured on any op-eds that I’ve seen.

Yes, Kaepernick also takes a shot at Trump here. But we know the media doesn’t hesitate to run stories of athletes criticizing Trump. If Kaepernick merely attacked Trump, these comments would be all over the place. The reason you’re not seeing this more is because of his attack on Clinton.

Also virtually unreported, is Kaepernick’s classification of police officers as just a few rungs higher than that of the mentally disabled:

“Are you concerned that this can be seen as a blanket indictment of law enforcement in general?

CK: There is police brutality. People of color have been targeted by police. So that’s a large part of it and they’re government officials. They are put in place by the government. So that’s something that this country has to change. There’s things we can do to hold them more accountable. Make those standards higher. You have people that practice law and are lawyers and go to school for eight years, but you can become a cop in six months and don’t have to have the same amount of training as a cosmetologist. That’s insane. Someone that’s holding a curling iron has more education and more training than people that have a gun and are going out on the street to protect us.”

This statement reveals a depth of idiocy about Colin Kaepernick that is truly offensive. Yes, police academies do tend to be around 6 months long. However, there are significant college and/or military requirements that one must possess in order to get into the academy. Not to mention passing an exam.

The idea that we have police departments staffed by GED owners who just happened to answer a questionnaire, or whatever Kaepernick tried to say here, is beyond offensive. Not to mention how incredibly rich it is to have a professional athlete, the vast majority of which would never have qualified for college if not able to run a 4.6-40 yard dash, sit there and call police officers poorly educated.

Yet, where is the reporting on this? Who in the media will take him to task for this? For now, it seems that Kaepernick’s quotes on Hillary and the police have gone the way of Hillary’s emails.