It’s been a rough week for Louisiana, with a horrific flood that left thousands homeless. An event so moving it prompted the lefties in the mainstream media to make virtually no appeals to President Obama --for days-- to visit the disaster area. Unlike in 2005 where, according to the media, President Bush was doing his level best to intentionally drown the 9th ward.

However, fear not my Cajun friends. Unlike your devastation and suffering, the left has found a cause in your state which they can embrace fully and without hesitation: LGBT activism. 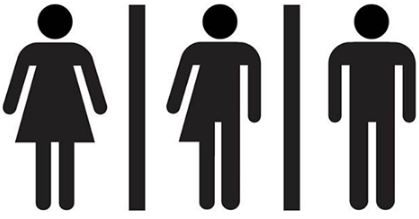 “The NBA announced Friday that the 2017 All-Star Game will take place in New Orleans, in a move that has been interpreted as a nod to Louisiana’s relatively tolerant attitude toward LGBT people.

“New Orleans is a world-class destination for sports and entertainment and we are very appreciative that the city is once again hosting our All-Star festivities,” NBA Commissioner Adam Silver said in a statement.

Silver did not explicitly mention LGBT tolerance in Friday’s statement. The NBA had originally planned to hold next year’s All-Star Game in Charlotte, North Carolina, but withdrew the city’s selection in July in protest of North Carolina’s anti-LGBT law.

Louisiana is one of the few Southern states not to pass so-called bathroom legislation allowing private entities to restrict transgender individuals’ ability to use the facilities of the gender with which they identify. Edwards signed an executive order in April barring discrimination based on gender identity or sexual orientation.

“By moving the 2017 All-Star Game to New Orleans, the NBA and Commissioner Adam Silver have sent a clear message to lawmakers in North Carolina and across the country that discrimination against LGBTQ people has consequences and will not be tolerated,” Chad Griffin, president of the Human Rights Campaign, said in a statement.

North Carolina has faced a massive backlash from businesses and state and local governments over the anti-LGBT law it passed in March. A number of major corporations have canceled plans to expand or invest in North Carolina in response to the law, and progressive governors and mayors have issued travel bans to the state.

This will be the third time since the founding of the New Orleans Pelicans in 2002 that the Big Easy has hosted the All-Star Game. The game took place in New Orleans in 2008 and 2014 as well.”