According to the Daily Mail, the left and the Obama Administration may have taken their war on the Redskins a tad too far:

“An Obama appointee in the Department of Education allegedly insulted, spat on and savagely beat an autistic Native American man for wearing a Redskins sweater.

Barrett Dahl, 28, says he was at a Native American gathering in Washington, DC in October 2015 when appointee William Mendoza spotted him wearing the sweater. 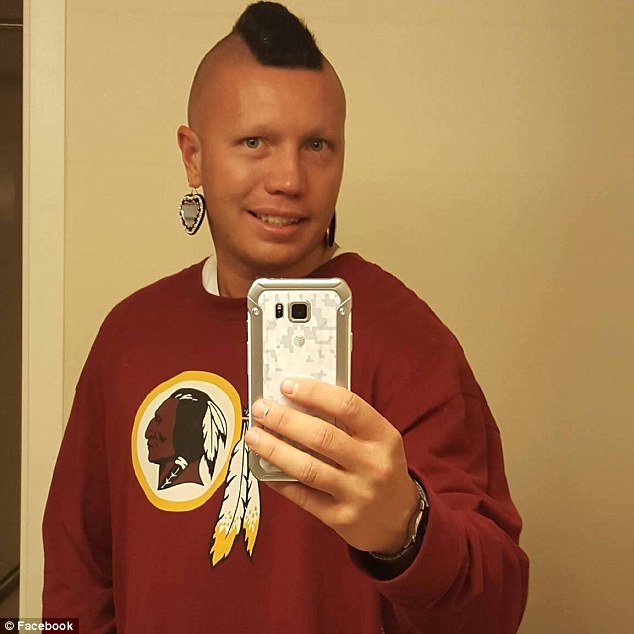 'He comes to me and says you're a "weetard" for wearing a Redskins shirt,' Dahl told KFOR. 'He says where are you from that you're such a "weetard," you don't understand that you're offending me?'

Mendoza is of the Oglala-Sicangu Lakota people, and an appointee dealing with Native American affairs in the Department of Education.

He is an opponent of organizations like the Redskins using Native American people as mascots.

Dahl, from Oregon, is part of the Sac and Fox Nation. He said he wore a sweater with the team's controversial logo because he felt 'cultural pride' while at the Pow Wow on October 30 last year.

But for Mendoza, Dahl claims, it was a step too far. 'He spits right in my face,' Dahl said.

'The boy sitting next to me sees it. He doesn't say anything. So, I get up and leave the ballroom to get the police.'

Dahl says that's when Mendoza approached him on an escalator and beat him so savagely he wound up with a fractured arm, broken teeth and a black eye. 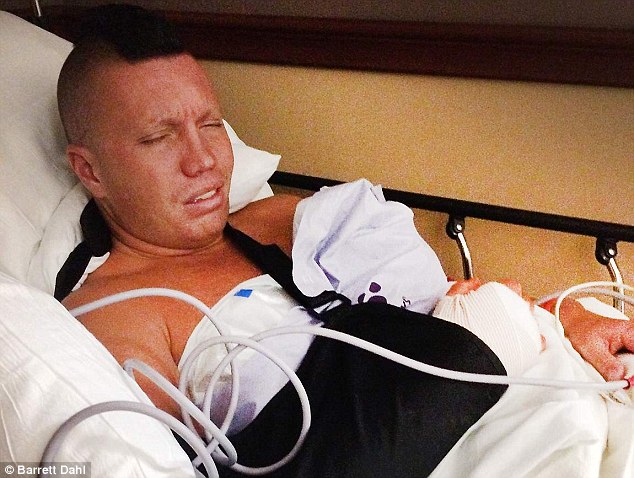 Medical bills - including three surgeries - came to $40,000, he said, and now his parents are facing foreclosure.

'What bothers me the most about this, first off, we've lost everything we have and he's lost nothing,' he said. 'He's kept his job, his home, his family.

'And, second off, there's not a doubt in my mind that this person would do the same thing to a young child who was wearing a Redskins shirt.'

But Mendoza told News9 that he politely asked about the words 'INJUN PIMP' on the back of Dahl's shirt, and that Dahl responded violently.

According to the appointee, Dahl said: 'I don't have to (expletive) explain (expletive) to you. If you want to step outside and take this outside, I'd be happy to explain it to you.'

Mendoza says he offered Dahl his hand after seeing him on the escalator and apologized for upsetting him, but Dahl then attacked.

'He was holding a cup in his hand,' Mendoza wrote, 'at which point, he threw its contents that was the smell of coffee and was hot, but not scalding.

'He then punched me in the face (right cheek). I tried to grab him but we both fell.'

Dahl says he plans to sue Mendoza for medical expenses. Mendoza's lawyer says his client will sue Dahl if he 'continue(s) to malign' him.

Mendoza became the executive director of the White House Initiative on American Indian and Alaska Native Education in December 2011, when it was created by executive order by President Barack Obama.”

So, a Redskins sweater is offensive. Yet, apparently calling someone a ‘weetard’ is all good. In a normal world, this madness would have resulted in Mendoza’s firing. In this world, he might have just secured his position as Hillary Clinton’s Secretary of Defense.