So, American Horror Story: Hotel is pretty much the most insane thing I’ve ever seen. On Wednesday night’s show, an episode titled “Chutes and Ladders,” AHS made God and the oil/coal industry its target.

While explaining to Detective John Lowe (Wes Bentley) just how her hotel became the most evil place on the face of the Earth, Iris (Kathy Bates) explains that the hotel is evil because it was founded by an evil man. Who was he? Well, of course he was a rich oil/coal guy:

Iris: Well, if you want to know what this place is about, you have to know about the man who built it-- James Patrick March. He put atom of evil in his being into building this hotel. March was a self-made man-- oil, coal. But he was new money, shunned by the elites of East Coast society. So he came west, to a land where pedigree meant little if you had a lot of dough. Here he would build a monument to excess and opulence, where he could satisfy his own peculiar appetites.

Mr. March: I'll be right down!

Iris: He was a design freak-- art deco, self-taught. He tried to get Julia Morgan to come out and build a place for him, but she demanded that he pay his workers fair wages, so he told her to stuff it.

Workman: There's a part of these plans that make no sense.

So there you have it. In order for the hotel to become that evil, it had to have been infused with the focus of evil in the modern world: the oil/coal industry. The part about wanting a famous architect to design it, but he refused because she demanded he pay his workers fair wages, is rich as well. Nowhere in the story does the stinginess of the owner come in to play, and furthers the plot line in no way. So, clearly the writers threw that in as just a gratuitous shot in keeping with their idea of what a rich 20th Century oil man is.

We move on, because although there were no strap-on drill rape scenes this week, AHS did not disappoint when it came to displays of agonizing death. Except, this week it was God they attempted to murder:

March: My father was a true believer. Ate the little cracker and drank the wine every Sunday. And he was the meanest son of a b**ch you've ever seen. Kill a cat for purring too loud. You want me to tell you the worst thing in this world? Religion. That and regulations.

Religious Man: God is in my heart so I know there is always hope.

March: You think there is hope now? You think God is going to protect you from the head of this hammer? Or the six floors you're about to fall?

Religious Man: You can kill hundreds. Millions. But you will never find peace.

March: Well then, I guess I'm just going to have to kill God. That is my message to the world.

I’ll save you the suspense. He lets him live. No...just kidding...he kills the guy. The murdering businessman then says he wants every Bible from every nightstand in the entire hotel brought to him. With the assumed intent that he will destroy them. Which begs one to wonder why someone with so many religious/daddy issues that has complete control over the hotel would allow them put in there in the first place.

Later, Los Angeles detectives find the hotel Bibles laying in the dirt in a city park, in a crude perimeter around a pile of his victim’s bodies in various states of decay and dismemberment. On a Sunday, of course. It all is tied up nicely in a bow when the detective realizes that the murders that the madman, and the copycat killers after him, put on public display are centered around the Ten Commandments.

Basically, these angry self-professed religion-hating torturers and murderers are killing people that are participating in activity that violates any one of the Ten Commandments. So, these people who don’t believe in God are trying to play God by taking it upon themselves to punish people that violate God’s laws.

Sound familiar? Looking at you environmentalists. 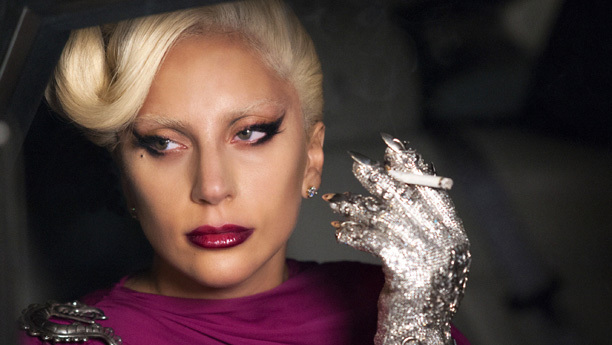