Rumors swirled that Blackish would take this week off from extremely controversial political issues to instead deal with the common, everyday issue of people dealing with their parents getting older and needing to go see the doctor.

Did Wednesday night’s episode comport with the rumor of a rare, apolitical edition of the ABC sitcom? Hell no. Actually, those are their words, not mine, in an episode titled “Dr. Hell no.” While explaining why blacks of older generations were hesitant to go to the doctor, Blackish found a way to turn a simple trip to the doctor into a commentary on mid-20th century medical racism:

There's a long tradition of black folks having aversion doctors and healthcare. And to be fair, deservedly so -- from overcrowded hospitals, where black patients were ignored by disinterested doctors, to the Tuskegee Experiments, where white doctors took way too much interest in black patients, treating them like lab rats -- lab rats with syphilis. By the way -- don't be confused. Tuskegee Experiments -- horrific. Tuskegee Airmen -- super-cool.

For sure the “Tuskegee Study of Untreated Syphilis in the Negro Male,” as the study referenced here was known by, was clearly not a “Blue Star” moment in the history of American medicine. But what it was and what it was not is a matter of serious debate.

In this scene, Dre (Anthony Anderson) stops short of saying that the U.S. government injected blacks with syphilis. Though, that has not stopped libs from making that claim while trying to score political points.

CNN’s Roland Martin defended Wright for saying that by claiming, "I was watching another channel where they played a sermon where [Rev. Wright] said that America infected African-American men with syphilis, called the Tuskegee experiment. That actually did, indeed, happen."

It indeed did not.

Black men were not deliberately infected. Not that misleading them about their true condition and giving them inadequate treatment was cool, but the patients who had syphilis and took part in the “Tuskegee Experiment,” had syphilis prior to the study taking place.

Again, blackish did a good job of dancing around saying the patients were deliberately infected. But together with the lab rat references and awful imagery, the wrong idea could easily be formed. Which is exactly the impression activists want you to have.

If you want to learn more about what happened at Tuskegee, then here and here would be good places to start. 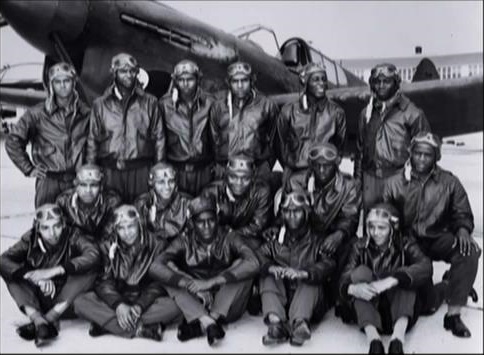