Who among you hasn’t longed to watch the alt-left beat itself to a bloody pulp? Come on, raise your hand. You know you want to. 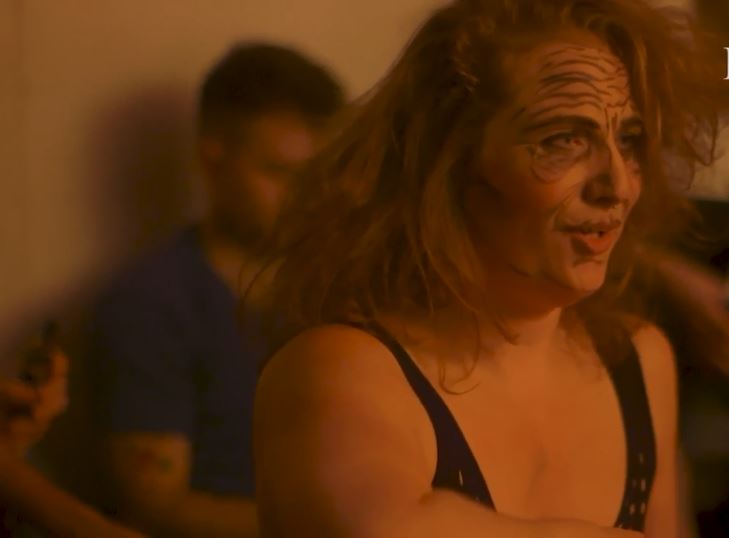 Thanks to folks at equally alt-lefty Vice, we get to watch the spectacle. Welcome to “Femme Feral, a feminist fight club that combines protest, performance, and noise punk to ear-splitting, rib-cracking effect.” Sounds promising. (And the photo is directly from the video.)

The story is all about how some bizzaro liberals in the UK got upset about Brexit and couldn’t handle it. (I believe younger folks would say they couldn’t even.) So they resorted to violence -- against each other. Two of them “didn’t want to give in to hopelessness. Instead, they decided to wrestle each other in their shared art studio in east London.” I bet the neighbors loved that.

It expanded. Naturally, it had to be equal opportunity. Actual quote: “ Femme Feral has expanded into what Patey-Ferguson calls a ‘queer femme fighting force.’ Anybody who identifies as a woman can join; a total lack of wrestling experience is not only encouraged but embraced.” So men who say they are women can go beat up women.

They bill their group event on Facebook as a, "queer, feminist, anti-fascist, noise-driven ferocious fight to the death [of the alt-right]." Having seen the video, I’m betting they’d lose -- against anything from a Cub Scout troop to a senior citizens home.

Apparently, the feral femme folk ain’t friendly. “Each night is loosely organized around short bouts of one-on-one wrestling, before everyone piles in for one last group fight. Unlike WWE fights, nothing is choreographed. Patey-Ferguson has ripped out a toenail; people leave covered in bruises.” Another, “cracked a rib in the middle of their fight.”

Actual quote from one of the participants: “Most of the spaces we perform in our queer spaces so often people haven’t been able to really allow themselves to feel the anger and rage that they do feel.”

But don’t dare say the alt-left is insane. That’s so intolerant.

Oh go ahead. You’d be right. And that liberal scrum takes us to the rest of this week’s column: 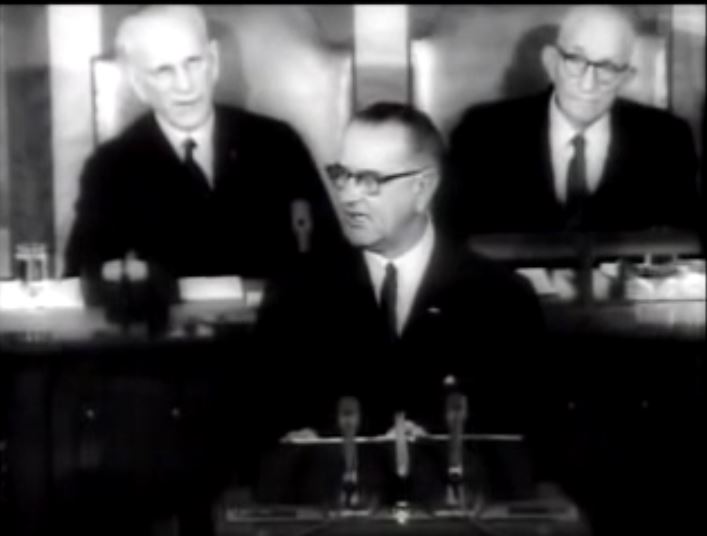 Liberals Hate Citizenship: Trump’s insistence that we address illegal immigration has the alt-left all in a tizzy. It has to be racist they say. After all, borders are racist. “‘We Didn't Cross the Border, the Border Crossed Us’ perfectly describes the Mexican experience,” according to the whacknuts at Aztlan. (Not Aslan. They’re lyin’. He’s a lion.)

That attitude about borders spills out into attacks on citizenship now. Which takes us to The Establishment and another of its out-there commentaries: “Maybe Citizenship Is Bullshit: One Year Later, Thoughts On The Muslim Travel Ban.”

It starts with this flawed argument: “Citizenship has nearly always protected white Americans, served their needs, and promoted their priorities. Of course they’re afraid of losing their safety net.” Who are “white Americans?” The Irish weren’t when they got here. Neither were the Italians and other races. Gradually they got classified that way. There was no safety net.

In fact, the safety net concept is a relatively new and very liberal one designed in part to help minorities. It’s the product of presidents like FDR and LBJ. (This is LBJ from his Great Society speech.)

That didn’t stop The Establishment. They claimed Trump tried to ban all Muslims. Here’s the bogus claim: “Still, when nearly one year ago today, Trump signed his first executive order essentially blocking an entire religion, it shook the nation. Had it not been challenged by multiple judges, the order would’ve banned entry from seven majority-Muslim countries across the Arab region for 90 days, in addition to suspending the entire U.S. refugee admissions system for 120 days.”

Wow, seven whole countries. The OIC or Organization of Islamic Cooperation has 57 members, 56 of which are nations. (Palestine doesn’t count.) So he banned people from seven or 12.2 percent. Now look what Trump said at the time. “We are establishing new vetting measures, to keep radical Islamic terrorists out of the United States of America.” Unless you think all Muslims are “radical Islamic terrorists,” then Trump’s plan was an administrative act. Nothing more.

The article spirals into the rabbit hole with goofy bromides like this one: “American citizenship was first built to acknowledge and prioritize white bodies as legitimate, as protectable, as worthy of state recognition — so for White Americans, citizenship appears uncontentious. Their sense of belonging and livelihood are not at odds with the American state.” Yes, citizenship doesn’t just appear “uncontentious.” It is. You are either a citizen or not.

What follows is a bizarre and extensive rant against America, Americans, the military, etc. Here’s another actual quote: “As a person committed to uprooting the white supremacist, militaristic, capitalist violence leveled against my people and those I’m in solidarity with, I’ve found that parasitic ideals like American-ness, nationalism, and citizenship are no longer things I’m deeply invested in.”

Actual quote one: “This week we're talking to Cathy Keane from threesomes app Feeld about her first time having group sex with her husband.” Followed by actual quote two: "It felt like you could have your cake and eat it too, like, is this too good to be true?" Of course it is. Just don’t expect the alt-left to admit it.

I’ll cut to the chase because Vice stories can be pretty tawdry and this one is no exception. The author was thrilled with their sex party, so much so that their relationship evolved into polyamory. “Even when went into polyamory proper, and Thomas loved other people—he's had two girlfriends—that gave me a warm feeling, which shocked me.”

Here’s the real disturbing part: “We'd just had a baby and I was married to someone who could love me and give me that structure and solidarity I wanted at home, but still allow me to pursue intimate relationships with other people.”

This is the alt-left. 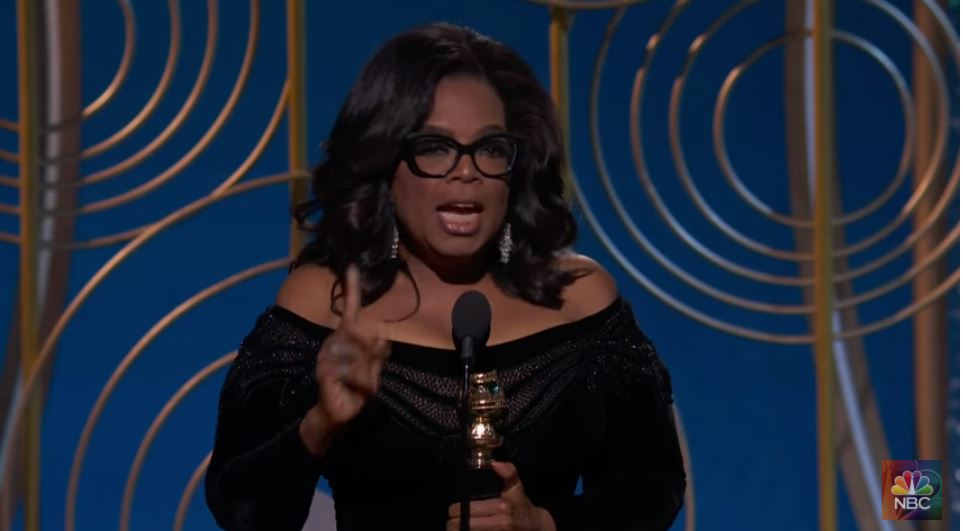 America In 10 Years?: The Root just turned 10. The black news and crazy opinion site decided to predict what the world will be like in the next 10 years. That gave us: “Black to the Future: What The Root Will Be Writing About in 2028.”

While many of the comments were intentionally silly, some provide a real clue to the alt-left’s priorities and core beliefs. First, The Root’s position statement is either ironic or moronic: “Ten years later, with the current occupant of the Oval Office serving up reheated, old-school racism with a modern-day twist, The Root is still here, delivering razor-sharp clapbacks to the racists, the Beckys and the do-nothing politicians who would prefer that we shut the hell up and be happy that we get to live in this ‘great’ country called America.”

So, they are against “racism” and “racists” and then deploy the term “Beckys,” which Urban Dictionary describes as: “A stereotypical, basic white girl; obsessed with Starbucks, Ugg boots, and trying to have a bigger butt.” So they are against stereotypes except when they are for them. And, like most on the alt-left, they don’t believe America is “great.”

Here are a few key takeaways from the rest:

To sum up, President Oprah, Sen. Beyonce and Sen. Malia Obama. Kushner in jail. And reparations. That’s the future the alt-left wants.