Alt-Left Insanity: U.S. Soldiers Are ‘Storm-Troopers Of An Evil Empire’

America is an evil empire. It’s troops are “fascists in uniform,” with every one of them a “war criminal.” That bit of anti-American propaganda comes via the Antifa site ItsGoingDown -- the alt-left folks who can’t afford an apostrophe.

I had thought the Antifa scum had calmed down after news reports that government was treating them like domestic terrorists. Or, if nothing else, I figured they had gone to ground or under it. This is the first truly demented piece I’ve seen on IGD in some time.

Headlined: “On Yellow Ribbons and Counter-Insurgency: From a Veteran,” it purports to tell a veteran’s view of why America is evil. Certainly, we’ve seen anti-American veterans before. Remember when John Kerry claimed to have tossed his medals? 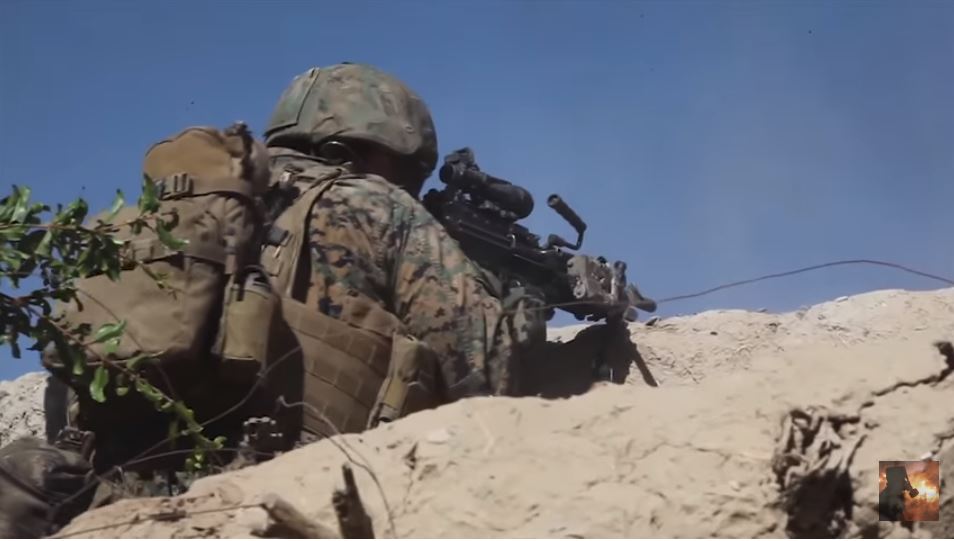 But this is different and far-more disturbing. It paints a dark and hateful picture of our military “as we enter the 242nd year of American empire.” (Yeah, I’m sure those colonists were really empire building.) “Other than the constant turmoil, destruction, and evil that has accompanied American conquest, another constant has remained. That constant is the American soldier.,” the article continues. (The image here is from American heroes in Afghanistan and a popular video called: “US Marines Real Combat in Afghanistan.”)

The author slams our military. “You are simply the tools of capitalism. The destroyers of lives. The storm-troopers of an evil empire.” Yes, “storm-troopers” drawn from either Nazi Germany or the Star Wars’ empire.

He then continued to attack not just the military but the rest of us. “We wave flags, host BBQs, and come just shy of licking the combat boots used to snuff the life out of poor brown folks around the world. I am a veteran of the Iraq and Afghanistan wars. A former noncommissioned officer of the US military, and I am as much a war criminal as any imperialist foot soldier in history.”

Up to this, it’s his opinion and he is entitled to it under our system, though he thinks our military, “the embodiment of capitalist greed.”

Then he gets to the last and it’s a call for “open rebellion.” “To combat this in any form we must resist. Go AWOL. Don’t show up to formation. Quit going to drill. Spit in Trump’s eye. Throw your medals back, burn your flags, and your bury your commendations. We must resist, and in this resistance, we must recognize our role. It’s not to save. It’s not to lead. It should be to lift up. It should be to impart knowledge, to whistle-blow and teach skills to those targeted by counter-insurgency. Join those fighting in the streets in open rebellion. Lend your knowledge to those confronting fascists in uniform or fascists in khakis. We have million dollar skills, and we must give them up. Not to Tiger Swan, not to Blackwater, or the local PD, but to those struggling for liberation across the board.”

You probably noticed this was a call to “resist” Trump. This is the alt-left. Not just a bunch of dirt-bag college students interrupting a speaker. They want violence. And are pretty open about it.

All that takes us to this week’s collection of cray: 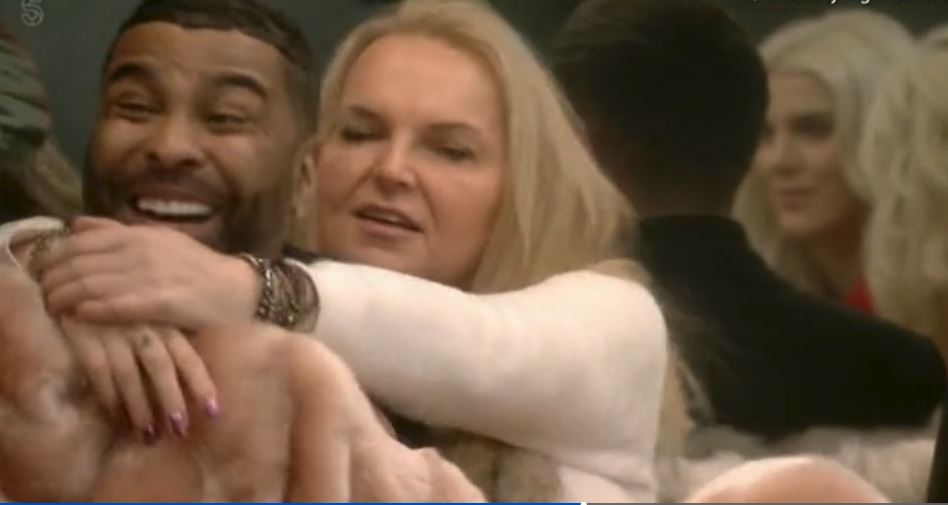 f You Are Straight, You Have To Date Trans People: In the midst of near-constant press insanity in the U.S. you might have missed a pretty significant event in the UK. Here’s the story lead from the lefty BBC: “A reality television programme kicked off a debate about whether it's discriminatory or transphobic to refuse to date a transsexual person.”

Yep, “love is love” is far out the window. Now it’s you must love me if I cut off my penis and say I’m a woman. Forget physical, mental or emotional attraction. Or even the lefty canard about “choice.” If the person is LGBTQIA, you have no choice.

As the R&B singer Ginuwine discovered when he said he wouldn’t kiss his trans housemate. “Some viewers claimed Ginuwine rebuffing the notion of dating a trans woman was discrimination or transphobia - dislike or fear of transgender people,” reported the Beeb. (Here is a photo of from the video of Ginuwine fending off the kiss.)

It then interviewed a lefty whackjob who said Ginuwine’s response was genuine transphobia. “However, Dr Liadh Timmins, who specialises in sexual orientation and gender identity at King's College London, describes the comments as ‘transphobic.’”

Think about that for a second. This is where we are now. We’ve gone from LGBTQIA tolerance to acceptance to mandated celebration to mandated participation in a few short years. Imagine what this will mean. Will you be able to date online and screen out trans people? Will your children be taught they HAVE to date trans people?

We’ve already seen the media encouraging children to be transitioned as early as age 5. How far along will we go down this rabbit hole before someone says, as Ginuwine did here, “No!”

The 3 Million People Most Likely To Cheat On You: One of the most-disturbing themes of alt-lefty websites is their embrace of the occult. Christianity is so last millennium to liberals. They have replaced it with wicca, satanism, witchcraft and horoscopes. And report on that garbage like it’s legitimate.

The sites aimed at young women are especially bad. They act like everyone is controlled by their signs, the stars or some other wicca garbage. Here’s Vice’s Broadly, geared toward insane women who believe this: “Many of us get tempted to cheat, but who's likely to actually go through with it? Whether you're into astrology or not, a person's zodiac sign can be very telling when it comes to everything from their career to their favorite sex position.”

Yep, Broadly delivers on this point with: “These Are The 5 Zodiac Signs Most Likely To Cheat.” Got that? Five twelfths of the earth's population that is most likely to cheat. That’s Capricorn, Aquarius, Pisces, Taurus and Cancer. So about half of all humans

This is a news site.

The article says Capricorns tend to be loyal, but, drumroll please, might not be. “So it might surprise you to know that loyal Capricorn is the most common zodiac sign among Ashley Madison users.” OK, so we are mixing garbage psycho babble with the reported results from a website that is founded on cheating.

This is a news site.

Alt-Left Needs Psychiatric Help: OK, this is the closest to a Duh headline I’ve written in a while. Yes, of course they do. But here’s another example why.

Jezebel, the land of alt-left feminist insanity, ran this story: “Season 2 of The Handmaid's Tale Will Be Even Darker, As If I Can Handle That Right Now.” Note the headline about how the author can’t “handle that right now.” (Yes, this unsubtle “resist” sign is from the season 2 trailer of this idiotic show.)

The fragile safe-spacers are even spacier than usual. (I’d say spacier than normal, but there is no normal with them.) Here’s the setup for the emotional panic: “The Handmaid’s Tale, a television program based on a novel that gave me night terrors even before the U.S. government started hurtling toward its own version of the Republic of Gilead, will launch its second season in April,” wrote Jezebel.

Yes, American women are being enslaved and turned into baby factories as we speak. Good Lord, the left is hyperbolic.

Here’s the heart of the author’s problem: “The first season was so relentlessly depressing I had to take mid-episode breaks to watch videos of hedgehogs taking baths (like this one!), so if this season’s going to really go there, I suppose I will have to steel myself.”

Can you imagine being a professional writer and being so fragile you have to watch hedgehog videos to watch a TV drama?

The show vows to include a little humor. That’s not enough for the fragile of Jezebel to survive. “She’s not nearly funny enough to keep me from adding half a dozen new baby animal videos to my YouTube queue in preparation, but I suppose that is beside the point.”