Gates of Iron(y) Block ‘The Path’ on Immigration 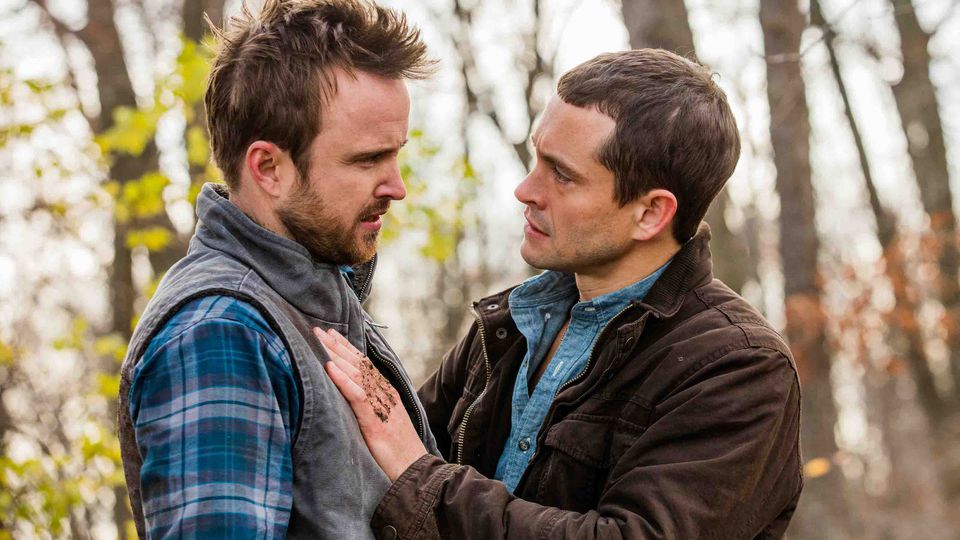 HULU's new series The Path picked up right where it left off last week in regards to the illegal immigration debate. As helicopters circle the compound creating a sense of imminent danger to the Honduran illegal immigrants in the episode "Refugees," the leaders of the Meyerist movement are stuck with the unenviable choice to hand them over to authorities or stand on principle. The principle, of course, being that these poor families have done nothing wrong, much like many of the Meyerists themselves who were once outsiders before being welcomed into “the light.” Thus, it is their duty to stand up to the authorities who are probably racists...

The compound is also surrounded by an angry mob waving even angrier signs telling the refugees to go back to where they belong and stop stealing jobs, etc. etc. Meanwhile the attractive Honduran mother and her cute kids help make dinner for the Meyerists and the mom talks about sending her children with Coyotes across the border and how hard it was being apart from them. All, of course, to make us feel sorry for their plight.

It's not that conservatives hate pretty Latina women or their cute children. What conservatives do have an issue with is anyone, cute or not, who breaks our laws to get in. There is also the fact that Honduras (like most of Central and South America) is a cesspool of government corruption. For much of recent history, Honduras has been controlled by its Liberal Party. Under such great leadership, crime and poverty have skyrocketed, gun laws have become strict (none existed before 1985), and drug gangs create havoc, making Honduras the murder capital of the world.

Come to think of it, sounds an awful lot like what has happened in Detroit and Chicago under liberal leadership as well. Which really begs the question, if your liberal government has served you so miserably in Honduras (or Detroit), why do so many Latinos vote for liberal policies once given the opportunity in America? Conservatives do not despise the color of your skin, your music, or your spicy food. But if you are going to flee liberal policies then don't vote for them here!

The real irony of the episode, though, is the fact that the Meyerist compound is a gated community! The very people supporting illegal immigrants don't want anyone on their property without permission. Those angry protesters mentioned earlier... Yeah they are outside a large iron gate. A big, one might say “yuge,” iron gate.