It turns out even the Democrats running against President Donald Trump aren’t radical enough for the Hollywood activists.

During the first round of the Democratic Presidential Debate on the night of June 26, actors, comedians, and singers listened eagerly to the words of the candidates. With the exception of Senator Elizabeth Warren (D-MA), the candidates were all dismissed by the wealthy elite on the West Coast. Actress and feminist Amber Tamblyn even tweeted, “I already heard six candidates tonight that can see themselves out, permanently.” 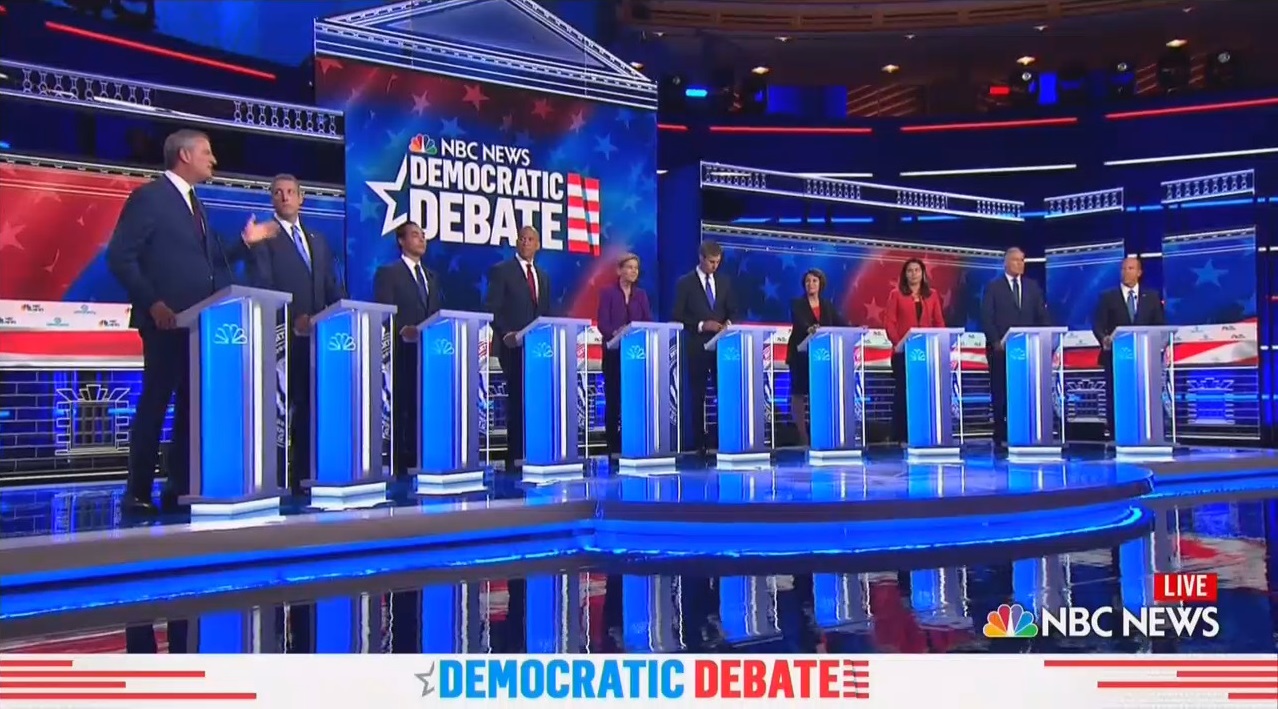 Winstead was also disappointed in an answer by Rep. John Delaney (D-MD) about healthcare, stating, “Did he just say, "We should give people the option of free healthcare or paying for it?" #Next.”

HBO host Bill Maher was not impressed by the debate lineup, complaining, “Its so hard to take seriously any political event that is prefaced with a countdown clock.” After the first question had made the rounds, Maher was upset with the results, tweeting “Not a promising start. Nobody came close to answering the first question.”

Director Michael Moore and comedienne Sarah Silverman both disagreed, expressing support for Mayor Sandinista, but Moore announced that he found the debate “shameful” because “Greed is the enemy. 8 of the 10 don’t want to say that.”

Comedian Billy Eichner tweeted a tongue-in-cheek jab: “I’m sorry but the fact that not one candidate wore a gay pride flag over their face is a concern.”

However, support for Warren was strong amongst the harpies. Rosie O’Donnell, Sarah Silverman, and Linda Sarsour were all ready to pledge their allegiance to Warren and her policies.