When all else fails, a comedian can grab for Hollywood’s default talking point: President Trump.

On Conan Thursday night, comedian Jack Black joked to host Conan O’Brien that he felt like Trump stole from one of Black’s old acts, the rock duet Tenacious D. According to The Hollywood Reporter, the conversation began when Conan asked Black, “Do you think it’s at all possible that your balls-to-the-wall, I’m the best, and everything I do is amazing shtick may have influenced our current president? Is that possible?” 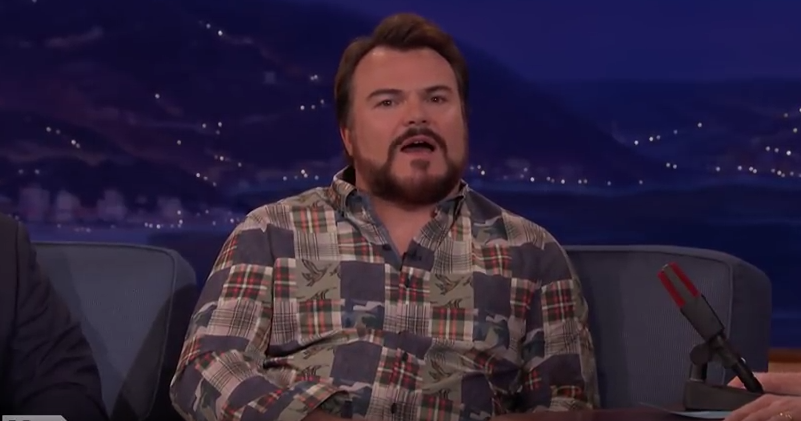 Black replied, “Yes. In fact, I feel like Donald Trump saw a Tenacious D concert. Cuz, it’s like all...that’s our whole thing is just like, we are the greatest band in the world, no one can touch us, we are the best.”

“He just saw us and said, ‘I’m going to use that technique,” Black jokingly paraphrased Trump. “I’m the greatest president, I get all the greatest people, all the best.’”

From there, Black went on a rant:

“And then he fucking used it and became president. And now, whenever we go out and perform Tenacious D, I always have a twinge of guilt, because it’s like this evil fucking warlock stole our magic, but just took out all the irony. And he was like ‘No, I’m serious, I really am the greatest.’ And it worked, and now he’s destroying the universe. I feel like, this is my fault.”

Black ended the segment with an, “I’m sorry, America,” but the noted liberal most likely isn’t sorry for any of Hollywood’s attacks on Trump. In the past, Black has encouraged people like actress Meryl Streep to “talk more shit about that asshole” Trump. Black has also endorsed MSNBC as his favorite news outlet, saying, “I get all hot under the collar when...the people across the aisle start saying things that I think are uncalled for.”