Hollywood Gets Religion After Moore Defeat: ‘God Is a Black Woman’ 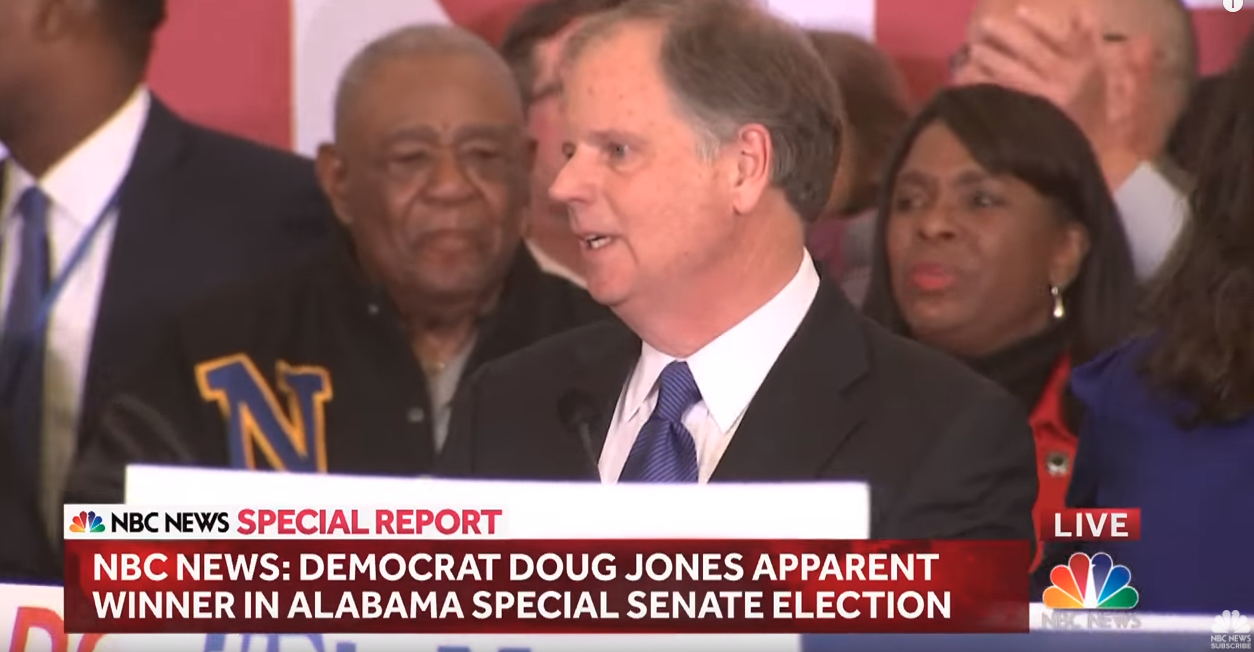 After preaching at the world that thoughts and prayers were useless in tragedy, Hollywood has proven that yet again they are nothing but hypocrites.

In the wake of Democratic candidate Doug Jones’ victory in Alabama, actors and actresses have embraced religion and God in their bizarre, profane little victory party. Actress Jane Fonda tweeted, “FOX CALLS IT FOR JONES IN ALABAMA. Thank you Lord.”

Author J.K. Rowling took it a step further, tweeting out, “Narrator’s voice: Roy was right. God was in control. What he didn’t realise was, She’s black.” This sentiment was echoed by Mark Ruffalo, who tweeted, “I’m definitely ready for that. I said a prayer the other day and when God answered me back she was a Black Woman.”

On the more positive side, apparently the Doug Jones victory made talk show host and activist Chelsea Handler a believer again. She tweeted, “I just woke up in the middle of the night to make sure what happened when I went to bed is still happening. After Alabama, I’ve decided to start believing in G-d again.” God’s not pro-abortion, Chelsea.

But then she had to go ruin the mood and tweeted again at the President, “Have another Diet Coke you idiot. You are going down and as soon as tax reform fails or passes. You have no right to sit at that desk that Russia bought for you. You shame our country every day. Congratulations, @GDouglasJones.”

Rob Reiner decided that the Alabama vote was indicative of events to come. In true Meathead fashion, he tweeted, “Alabama voters do the right thing!! Decency & Democracy survive. The lying mentally ill misogynist is one step closer to the door.” John Cusack decided he wanted to advocate stronger measures, tweeting, “ Look like the forces of good prevailed ! Now we take out the other criminal in the White House.” What does he mean by “take out?”

George Takei, who after his sexual harassment allegation, has no room to be commenting on any of this, tweeted, “Alabama voters have spoken. @GDouglasJones should be seated immediately and if he's not, the #GOPTaxScam vote should be delayed until he is. The voices of Alabama voters should be represented on that important issue.”

The most vulgar reaction tweet of the day goes to comedian Kumail Nianjiani, who posted, “Hey @MooreSenate, please don’t take the wrong way. But go fuck yourself. It’ll be the first time you’ll be doing that to someone your own age.”