Hypocrites are best known for their practice of hypocrisy. In Hollywood, celebrity is another word for hypocrite.

Comedian Patton Oswalt, in his guest appearance on Thursday's Conan, discussed with host Conan O’Brien the overuse of President Trump as a catalyst for comedy in Hollywood. Oswalt told O’Brien, “Like having Trump as a comedian … Trump is like, imagine there’s a guy out on the sidewalk and he’s just taking a dump on the pavement and yelling about Hitler and he’s hanging wallpaper.” 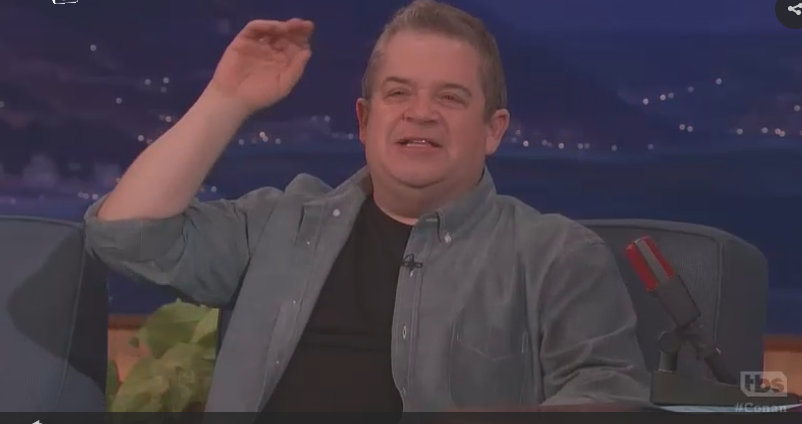 This is the same comedian that spent a large amount of time making Trump jokes in his new comedy special on Netflix, Annihilation. Not only has Oswalt received much critical acclaim for the special, but he is also guilty of his own critique. But that didn’t stop Oswalt from continuing his rant about Trump in comedy: “So it’s like he is, I describe him, he is sour cream in a sauna. Where he just immediately goes like … there’s no shelf life and you’re running towards it with your chip like I’m gonna---Oh! It’s spoiled. Like you’re so close and it’s like oh, it’s just gone. It’s too much! Look, a snickers bar is great, but 17 snickers bars for dinner? Eh, not that good.”

Oswalt is the same comedian who recently tweeted his reaction to the passing of the Trump tax reform bill. He said, “Is there any going back after this #TaxBillScam? To America? Does it matter now if Trump is impeached? There’s no America now. Not the one we knew. Sorry, feeling real despair this morning.” Supposedly he no longer finds Trump funny.