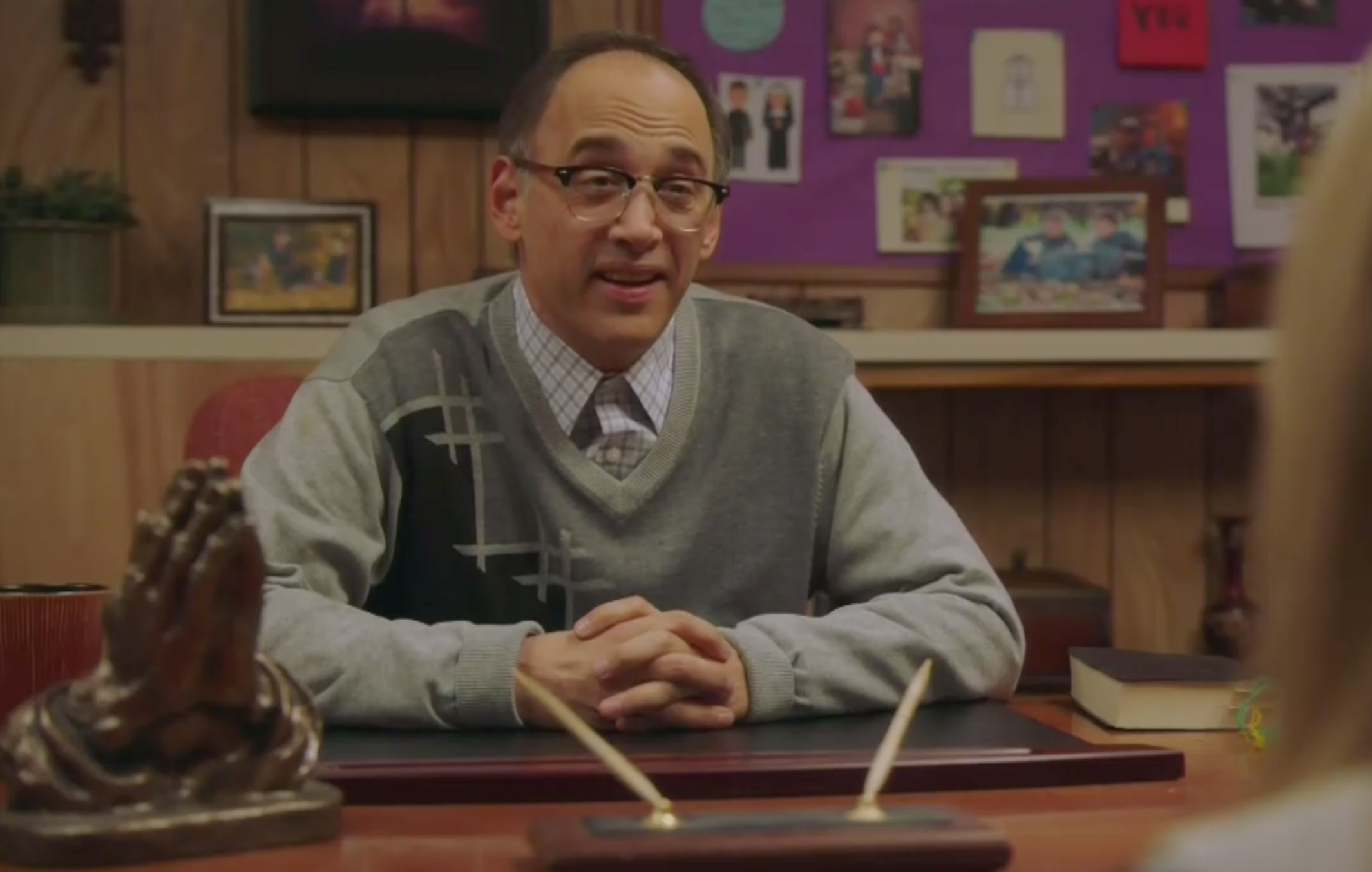 Mary Louise, a devout religious person, plans on saving sex for marriage. However, she struggles against both a strong desire to have sex and friends trying to convince her to open her mind to the “wonderful world of sexual exploration.” Thus, Mary Louise turns to her pastor, Pastor Ted, for guidance. He explains, “No sex before marriage includes everything-- hand jobs, foot jobs, rim jobs, no jobs. You gotta consider yourself unemployed sexually.”

However, after adding that God puts “sexual energy” in all of us but forbids us to act on it, he asks to see a picture of Mary Louise’s boyfriend. He very clearly ogles the picture before asking her to email him a copy.

Pastor: God put all of this sexual energy in your body, but he doesn't want you to act on it. I suppose it's just another one of his great mysteries.

Mary Louise: So what do I do?

Pastor: I think you have to find a non-sexual way to burn off that energy…Just out of curiosity, do you have a photo of this guy?

In addition to attacking Christianity, tonight's episode took the opportunity to devalue human life. When lice breaks out at the school, pregnant teacher Deb Adler (Katie Thomas) asserts, "I'm already pregnant. The last thing I need is another parasite." I guess it's easier to defend abortion if you liken unborn babies to parasites like lice rather than human beings. This isn't the first time a TV show has called the unborn a parasite. In the NBC comedy Superstore, a pregnant character calls her baby a "parasite" and a "bag of garbage."

It’s not enough for the show to devalue the unborn and have a Christian character turn on her Christian beliefs (and then force viewers to awkwardly glimpse her sexual ecstasy while her boyfriend performs oral sex on her). No, the show must portray a corrupt pastor to try and cast doubt on all the merits of the religion. And as usual, the religion being attacked is Christianity--because liberal Hollywood would never dare to insult, say, Islam or Buddhism. So instead, they'll continue with this predictable, over-used theme.