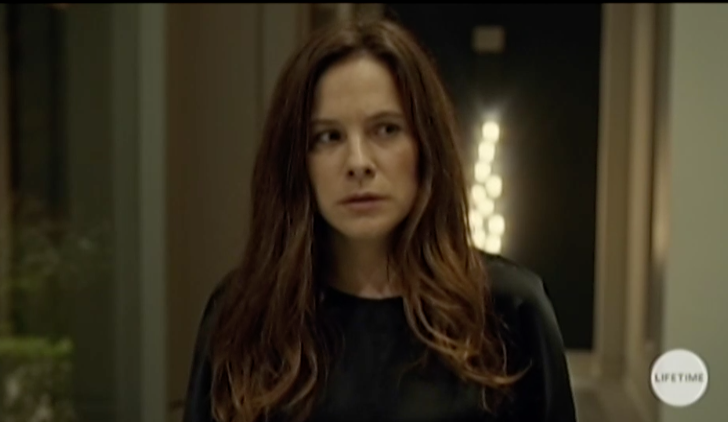 On Monday’s episode of Lifetime’s euthanasia drama, Mary Kills People, the friends and family of underground euthanasia practitioner Mary (Caroline Dhavernas) start doubting the supposed good of assisted suicide. Yet despite the doubts (and the title of the show), Mary still insists, “I’m not a killer.”

In the episode titled “The Connection,” Mary’s sister, Nicole, begs to accompany Mary to kill a woman dying of cancer. The sisters do the woman’s make-up and listen to her reminisce about her life before helping her commit suicide. However, Nicole becomes incredibly uncomfortable with the euthanasia and argues with a calm Mary over her motives. Nicole exclaims, “You're acting like we didn't just kill another human being!”

Last season revealed that when Mary and her sister where teenagers, they helped their mentally ill mom kill herself. So when Nicole realizes the extent of Mary’s secret occupation, she accuses Mary of trying to justify the death of her mother by claiming to be “helping people” through assisted suicide.

Meanwhile, Mary’s former partner Des (Richard Short) has started his own assisted suicide business and is about to kill 21-year-old Josh who's dying from bowel cancer. But Des changes his mind and refuses to kill Josh when he learns that he was only diagnosed a week ago, has two distraught parents who are not present, and is a virgin. Des gives advice that can be given to any character on the show about to kill themselves: “I know this terrible diagnosis feels like it's the lowest of the low. I get it, but there's still time for you to learn and grow. Just go and live a little more.”

Nicole: We can't just leave her.

Des: So you're sure you don't want your parents here with you?

Josh: They're with their therapist right now. Apparently this whole thing's been very hard on them.

Des: So they don't know that you're doing this?

Des: It could be good for you to have people you know here with you when you take this journey.

Des: Virgin? What, a good-looking lad like you? How is that possible?

Josh: Just never really happened for me. I mean, I had my chance with Kailey Christinziano, but I messed it up, because I'm a total idiot, so now the joke's on me.

Josh: What? What are you doing?

Des: You're not ready, Josh.

Des: I don't want your money, at least not for now. Tell your parents. Tell Kailey Christin-whatever- her-name-is that you like her.

Des: Josh, I know this terrible diagnosis feels like it's the lowest of the low. I get it, but there's still time for you to learn and grow. Just go and live a little more. Get laid, all right?

Josh: Okay, what happens if I can't function anymore?

Des: Well, call me. I'll happily kill you then. Besides, when you tell Kailey that you're dying, oh, she'll be all over you.

Although Des does admit that he’ll euthanize Josh once he “can’t function anymore,” Des is at least able to see some reason. Last week, Des stopped Mary from killing a perfectly healthy, grief-stricken woman.

There’s no use celebrating this episode’s tepidness on euthanasia. In Mary Kills People, Mary, meaning the liberal writers of the show, is always the righteous hero, so it’s only a matter of time before the show reasserts its steadfast support for assisted suicide.