Since it’s impossible to report any story involving a black person without resorting to race, SB Nation took the Patriots’ starting African-American quarterback Jacoby Brissett against the Houston Texans and branded it a major civil rights victory. Because the Patriots quarterback in the game, Jacoby Brissett, is black. And Massachusetts is apparently racist:

“It took the unraveling of a quarterback suspended by the high power of the league over air pressure and deceit, the crippling of a promising backup, and a pinch of pure serendipity for the New England Patriots to do what the franchise has never accomplished: start a black man at the quarterback position. 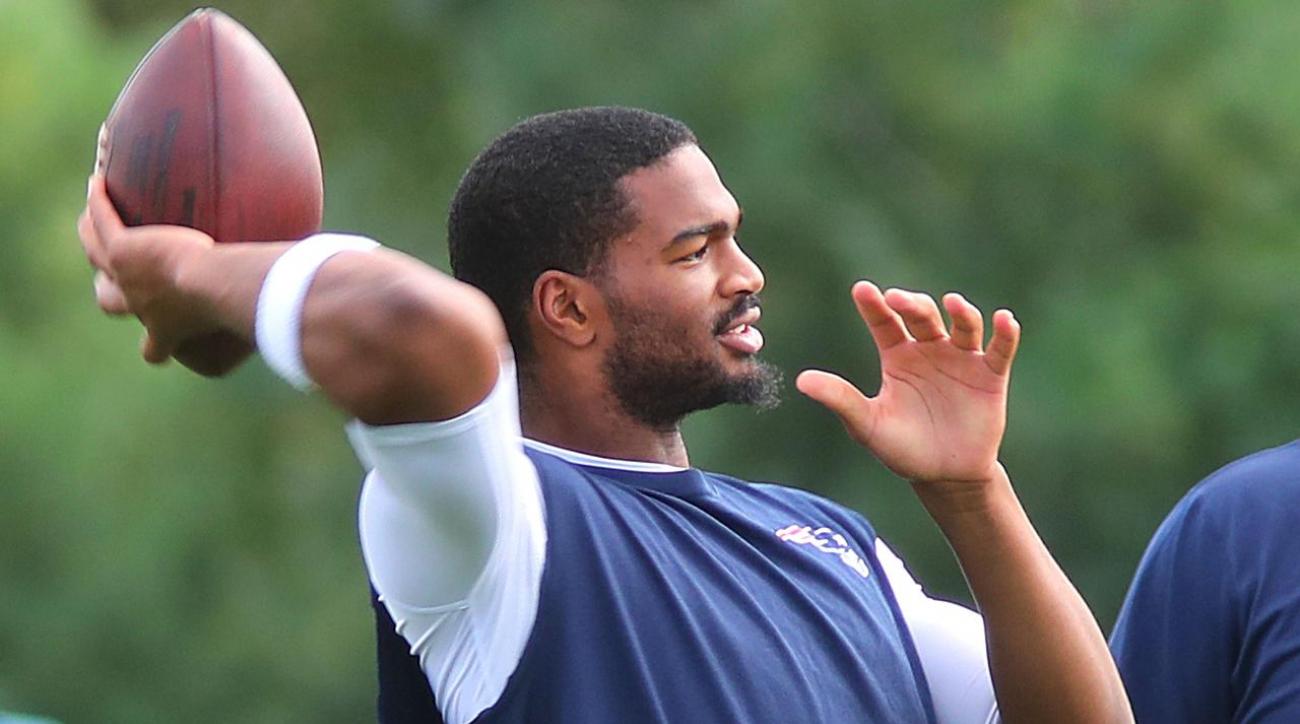 Jacoby Brissett, a third-round draft pick from North Carolina State by way of Florida born to West Palm Beach and his momma Lisa Brown, will handle that honor Thursday. But that distinction comes looming with a nightmarish history. There is a plight black people face in Boston and black athletes have learned there as friend or foe.

So when Brissett — who in two quarters of play holds every record for black quarterbacks in New England at the pro level — struts out of the tunnel Thursday, it will be important. He will be playing for Boston, a place with a long history of brutal disregard for both black athletes and its black residents

"Oh man. Oh yeah. I was called the N-word there many times. I almost jumped over a fence and went after a guy for it," Hall of Fame black quarterback Warren Moon said about experiencing racism while playing in the region.

"Their old stadium had this kind of a hill you would walk up to get to the locker room. The stadium was down in a bowl. They had a chain-link fence going along toward the locker room," Moon continued. "Right along there were fans, and one guy was berating me to death. I couldn’t take it, and I went toward the fence and tried to hop over it, and a couple of teammates held me back. But over and over again, he kept yelling at me: ‘nigger, nigger, nigger.’"

When you think of Boston and its history, so many images come to mind. It’s the Charles River. It’s Harvard and Cambridge. It’s the Kennedys and Paul Revere, and some could argue its contemporary imaging can be acquainted to many star athletes of color in the 21st century who have made Boston home. So, yes, Boston is also Paul Pierce, Kevin Garnett and Ray Allen, Randy Moss and Willie McGinest, Pedro Martinez and David Ortiz.

However, Boston has long been stained with the blood of black men and women looking for freedom along its cobblestone streets. It’s where Crispus Attucks was shot to death to start the Revolutionary War. It’s the home of a busing crisis of the 1970s, when, under court order, the city was forced to desegregate its public schools. This led to white parents pelting black children with rocks through windows of yellow cruisers.

The city is also equipped with a long history of police shootings geared at mostly unarmed black adolescents. Jackie Johnson, 16, was killed in Boston’s South End in 1972. Nathaniel Smith, 15, was killed the next year for being suspected of being in a stolen vehicle, and Christopher Rodgers, 16, was killed in 1991 when an officer tried to intimidate him by firing rounds into the ground. One ricocheted and struck Rodgers as he hid under a police vehicle.”

To those of you playing the Crispus Attucks drinking game, you may now imbibe. Of course, perhaps unbeknownst to the author of this piece, Massachusetts has come a long way since 1770. To the point where, not only is a black Dominican baseball player openly talked about as one of the greatest Red Sox of all time, they’ve also elected a black governor, and an Indian Senator.

Well, at least she self-identifies that way.