ESPN’s Around the Horn has gone from one of the best, longest running panel shows the network has ever had, to an absolutely farcical flagship of left-wing lunacy.

Yesterday, the panel at ATH lamented the fact that Cam Newton didn’t feel racially persecuted. Because, apparently, that’s bad. On Tuesday’s edition of the show, the panel discussed really silly comments made by the Packers’ Aaron Rodgers, who said the NFL’s culture makes players not speak publicly on cultural issues, out of fear of repercussions.

Here’s what the panel had to say:

Tony: This story is a tradition. Point that Rodgers made about NFL culture prohibits players from speaking out. Bomani, do you agree with what Rodgers is saying here?

Bomani: They cause you to do anything interesting about anything, whether those are matters of social import and I don't think he is wrong that the league encourages the league. The coach and the league depends on the medium player and the medium player can be this close. Can't be enough to have you out of the league. Rodgers is making this point and one of the guys who can have more leeway. Nobody is going to put Rodgers out of the door on this one, but the NFL culture is keeping guys in line and as quiet as possible because their jobs depend on it. 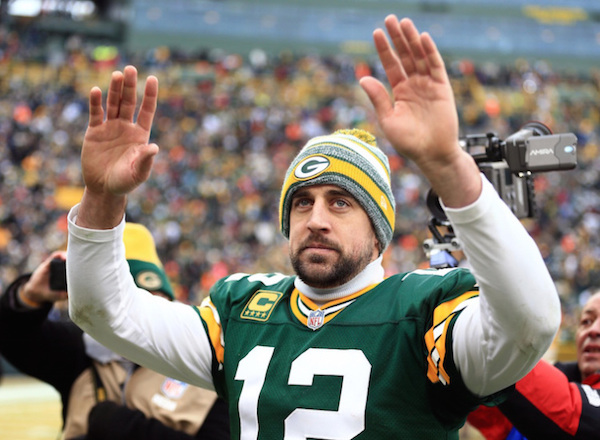 Kevin: I think what Aaron Rodgers is saying is what most people in this country say. We have, when compared to the rest of the world, we like 31-35 when it comes to developing countries which is the best way to measure our political activism. Athletes, whether NFL or NBA or WNBA reflect that background. And when you reflect on athletes, football, basketball or whatever, but athletes get into this idea that they can't say anything about anything of any importance unless the coach says it's for them. And you see people in sports backing away from any question other than to do and with the score of the game.

Tony: Is that how you viewed the Cam Newton interview?

Kevin: He got reminded that after the comments he made about being an African-American quarterback that frightened people and he is backing away. Rodgers is a guy who has spoken out. He spoke out about race hope for Congo. He joins forces with the union in Wisconsin and fighting the governor's office trying to shut down union activism in Wisconsin. So he is a guy that does stand up.

JA Adande: One thing for him to say it would be nice for NFL players to speak out. As Bomani said, he would be granted immunity because of his status and his back yard, Milwaukee is burning right now. If he says he is not up to speed unless he says thoughts and prayers, this takes more. This takes addressing the issue which you can get up to speed very quickly. I learned about Milwaukee having the worst housing segregation, school segregation and incarceration rates, it's the first. It's right there. So that's what led to this point and that is something he can speak out on, the number of white WNBA players spoke on black lives matters.

J.A. Adande is right about one thing though. Resolving the situation in Milwaukee will take more than “thoughts and prayers.” It’s going to take people realizing that a black cop shooting a black person who is evading arrest, while carrying a semi-automatic handgun and refusing to drop said gun, is not racism.

That’s something Adande could have read while researching school segregation in Milwaukee. Something that hasn’t happened in over 50 years.