Ricky Gervais Netflix Show: Wife Tells Husband 'You're Not Trans, You're Having a Breakdown' 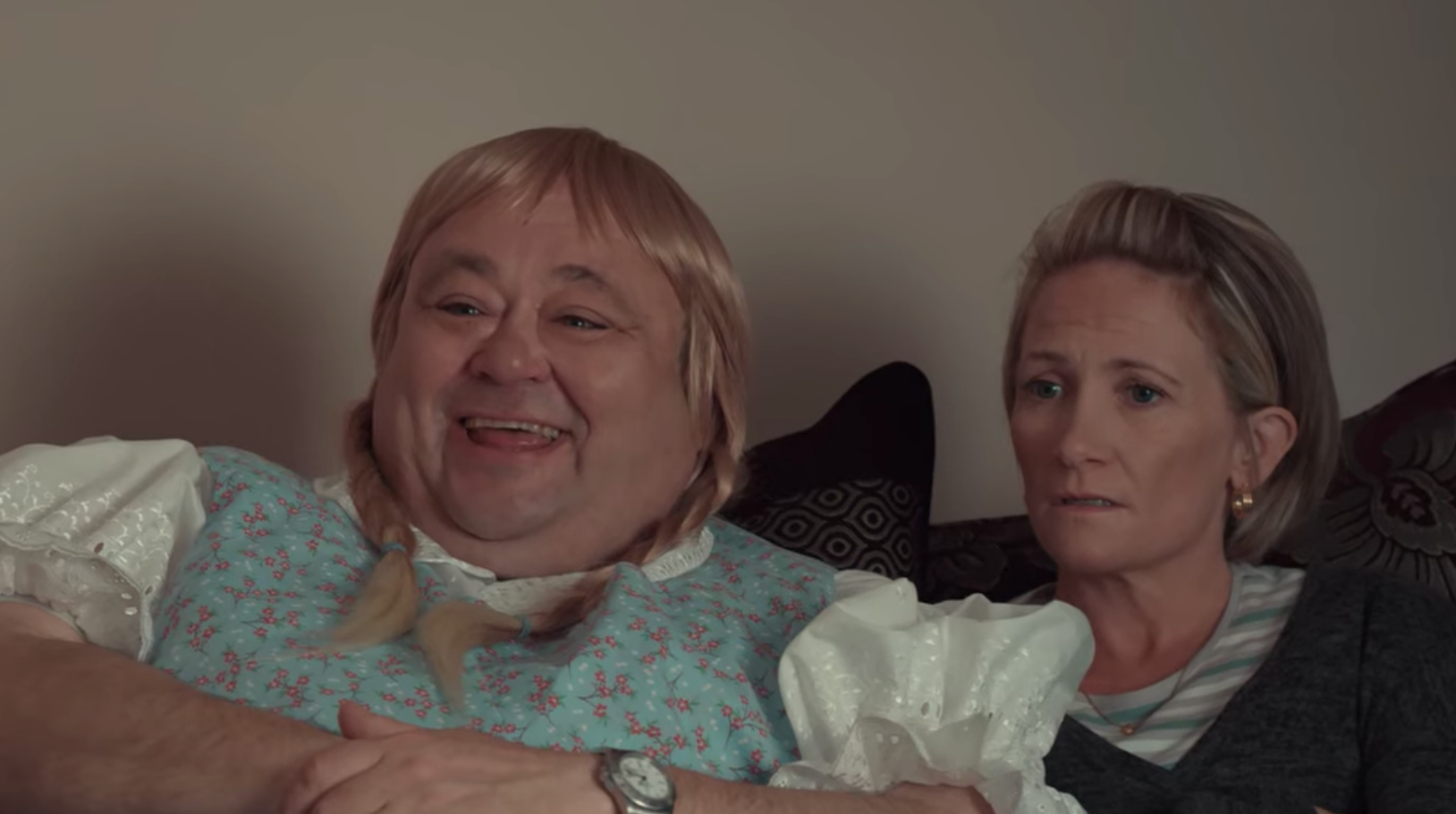 Has anyone in Hollywood ever cared less about being woke than Ricky Gervais? In this second season of his Netflix show After Life, Gervais confirms how much he doesn’t care about people calling him a “transphobe.” He is not a man who is going to pander, and I dig that about him. I’m sure everyone remembers his brilliant Golden Globes opening monologue and he was very open in supporting bikini waxers who were sued for refusing to wax a trans woman's testicles.

In the show, Gervais plays Tony, a widower working for a local newspaper. There isn’t much going on in this particular town, so they end up doing stories on things like a man who got the same birthday card from five different people and a teenager who can play two recorders at once - one in each nostril. In the final episode, he is assigned a profile on a 50-year-old man who identifies as an 8-year-old girl. He interviews the man and his wife.

TONY: And, Tracy, what do you make of all this?
TRACY: Well, it’s bloody ridiculous.
DENNIS: It’s not.
TRACY: It’s embarrassing. It’s a load of bollocks.
DENNIS: I’m trans, deal with it.
TRACY: You’re not trans, you’re having a breakdown.
DENNIS: Transphobic.
TRACY: I’m not transphobic, you’re not trans.
DENNIS: I am trans.
TRACY: I haven’t got a problem with trans people. Real trans people. I couldn’t give a shit what gender people want to be or become or what they want to be called or how they dress, or if they keep the knob or fanny they were born with. I couldn’t give a shit. But you are not trans, you’re having a fucking breakdown.
DENNIS: I identify as an 8 year-old girl.
TRACY: Well, you’re not an 8 year-old girl. ...

Later, there is a sweet scene between Tony and the daughter of Dennis and Tracy. She’s understandably embarrassed, and Tony reminds her “he’s still your dad.” She asks how he can be her dad and also be an eight-year-old girl, to which he replies, “We both know he’s not an eight-year-old girl. He’s your dad, and you’ll miss him when he’s not around." He reminds the daughter that she loves her dad and suggests they’ll laugh about this someday - “maybe when he’s 12.”

These two scenes balance reality with sensitivity. Dennis isn’t trans, he’s having a struggle with mental health. It’s not transphobic to refuse to validate someone’s unhealthy coping mechanisms. His family loves him and they want him to be well. That’s the bottom line. This entire show was both funny and sweet and I hope it comes back for a third season.