Hulu's 'Utopia Falls' Shows That Big Government Isn't Your Friend, It's Your Captor 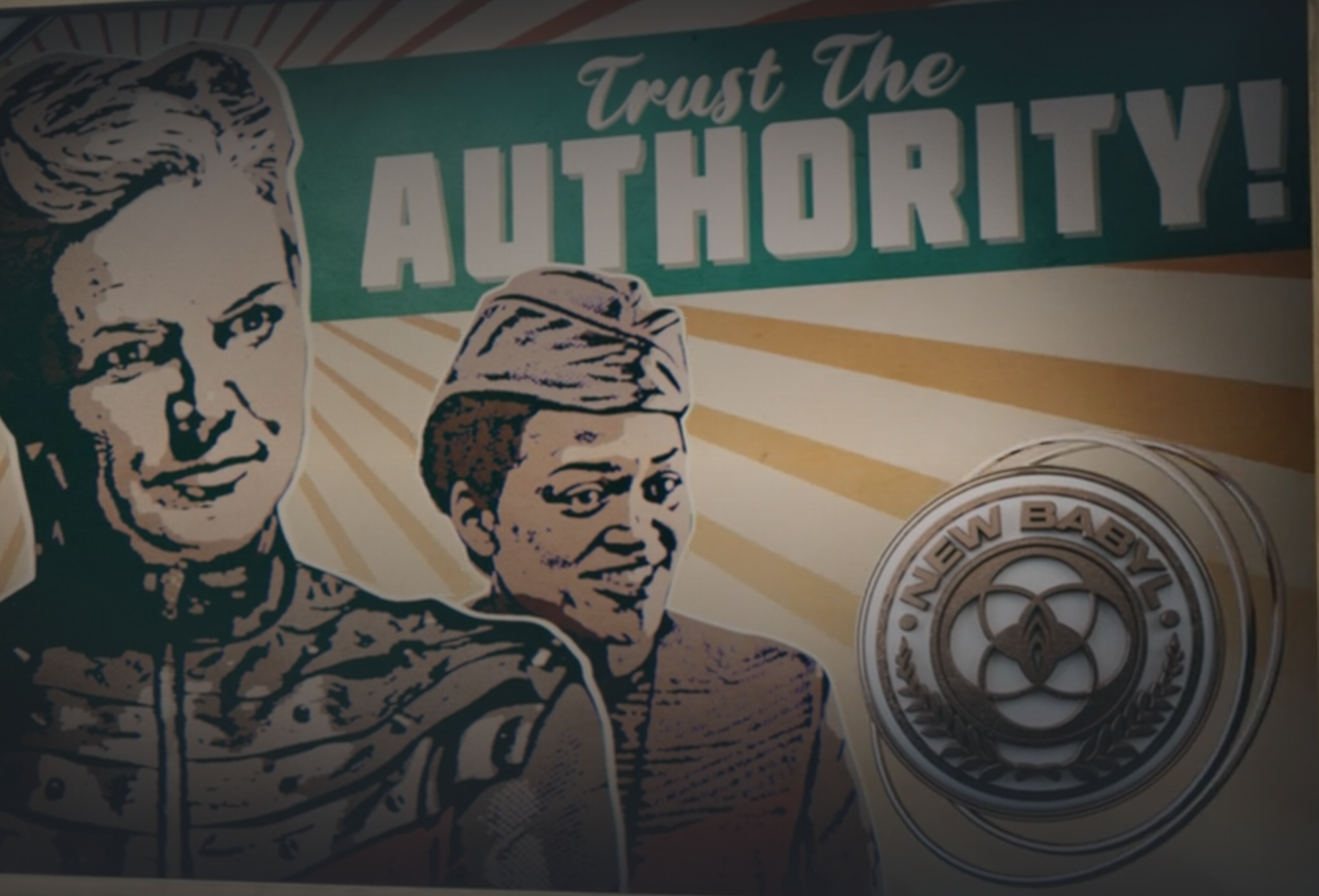 I love that dystopian stories are “in” for young adults right now because, hopefully, they’re taking some of these messages to heart. In Hulu’s new offering Utopia Falls, the message is clear: the big government that says they’re keeping you safe is actually keeping you in prison or enslaved - you just haven’t figured it out yet.

The plot of Utopia Falls, which debuted on February 14, centers around a group of 16-year-olds in the city of New Babyl who are competing in a  performing arts event known as The Exemplar. It is an honor to compete in this event which honors the city and its founder, Gaia, and the winner will be considered an example for other young people. The beginning of the first episode “The World is Yours” gives us a glimpse of the propaganda under which citizens live.

Aliyah: Here, in New Babyl, where we all work in harmony. No one wants for food or work or sense of community.  Regardless of your ancestry, age, or gender, everyone has a purpose.
PA Announcement: For state, for community, for all.
Crowd: For state, for community, for all.
Aliyah: Some citizens work the land, cultivating and harvesting plant and insect life for medicinal purposes as well as providing nourishment for the entire colony, while others work with those who transgress against the state to help rehabilitate them back into society. But the youth of New Babyl have the most important duty of all. We train our whole lives so we can honor our founders through performance in the city’s most prestigious competition:  The Exemplar. Our society strives to create a better future while being ever-mindful of the mistakes of the past.  We may not remember, but we are all aware of the dangers of technology when used for personal benefit instead of the common good. This was the legacy of our founder, Gaia, who led the last of humanity out of the darkness and into the light. And we all take comfort knowing our leaders, The Tribunal, watch over us while our protectors, The Authority, keep us safe and secure.

When Aliyah (Robyn Alomar) enters the competition, she and select exemplars are invited to attend a party in the forest, beyond where citizens are allowed. There, they discover a secret door with an archive (voiced by Snoop Dogg) that holds relics of the “old world.” Using this forbidden technology, they have access to something even more forbidden - information. They learn about music, dance, and how people of the past used the arts to change the world. They incorporate some of these moves into their dancing and get increasingly in trouble. The Authority cracks down on any changes to their dress (they like diversity, but not personal expression, the kids are told), people are “ghosted” by the government (they are taken away and never return), and the exemplars start to realize that New Babyl isn’t actually protecting them.

They have always been told they live within a forcefield to keep them safe from environmental harm. In truth, it is to keep them imprisoned. They find out there are actually three cities in this new world, they are not alone as they thought. They are actually something of a prison colony, somewhere “undesirables” are sent. People are told whether or not they can have children, because some genes are not good for society. No warrants are necessary and anyone deemed suspicious can be detained. Gatherings have to be sanctioned. In fact, a lot of the rules they break are things many take for granted as protected rights under our Constitution.

The end of the show sees some exemplars in prison and others having escaped, trying to get through the forcefield and into freedom in another city. We will have to wait for season two to see how they fare. Then again, maybe it won’t get a season two to resolve everything, making it more realistic for the people stuck in oppressive regimes. Let’s hope that it gives people pause when thinking about what they value in America. I don’t think it’s a coincidence the show came out in an election year, but I think it’s entirely possible that the creators didn’t understand the message of their own show.