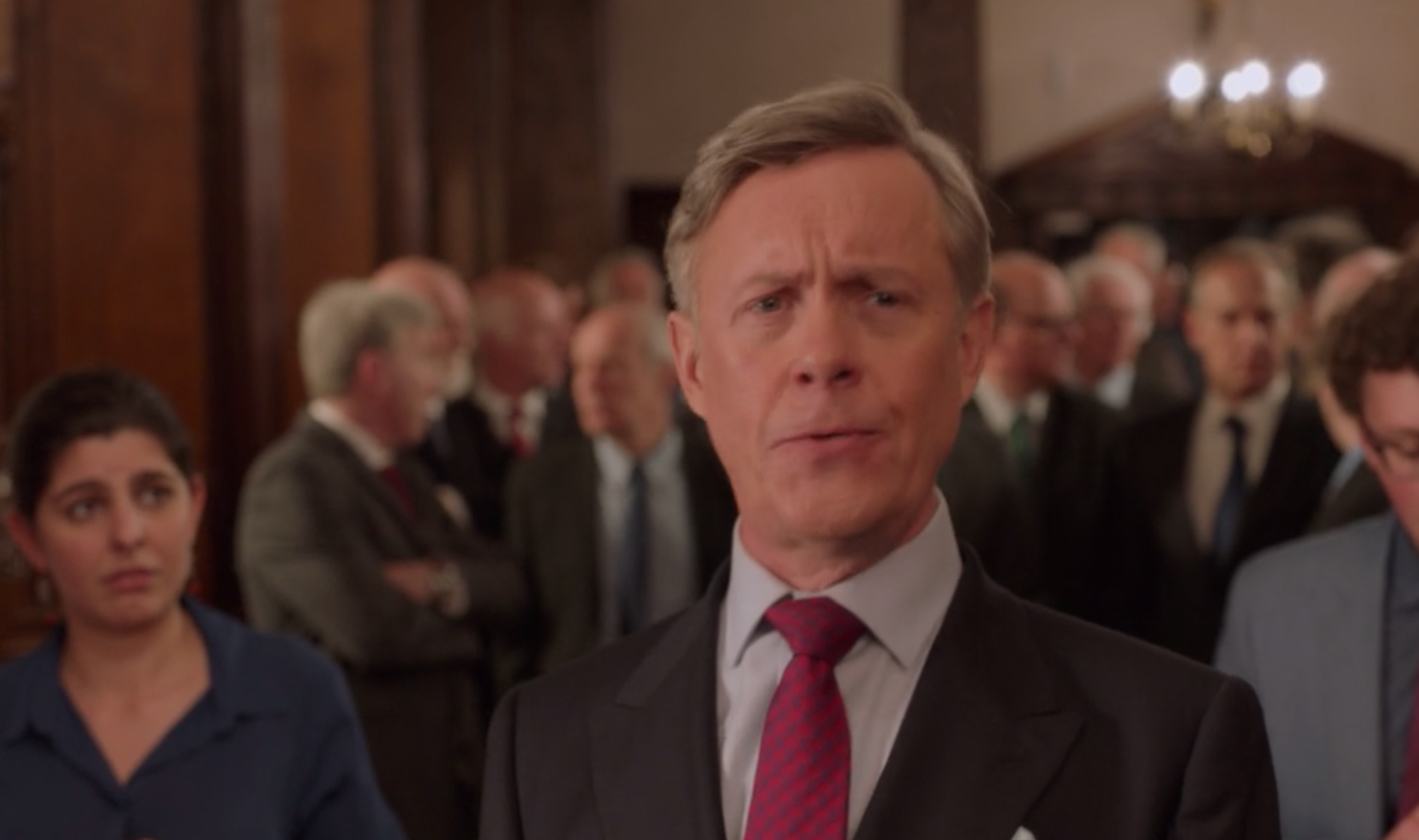 Hulu's Four Weddings and a Funeral continued its descent into political propaganda in episode nine, "Four Friends and a Secret," by focusing on storylines written entirely around immigration reform while conveniently omitting the word "illegal" in every instance.

Conservative MP Andrew Aldridge is about to vote "yes" on an immigration bill that will close the borders to illegal immigrants and, it seems, increase deportations of those found to be in the country illegally. He was fine with this until he found out in last week's episode that his new boyfriend, Tony (Nathan Stewart-Jarrett), is in Britain illegally.

The pair start discussing this just three minutes into the episode. Andrew wants them to be together, and says that the bill will never pass, but he has to vote "yes" with his party so that they will vote with him on his bill to preserve historic bridges. Tony says, "A gorgeous undocumented immigrant cannot date an MP who's voting to deport him." So, Andrew says he will simply abandon his principles (and his party) and vote no. Easy peasy!

Later in the episode, unaware of Andrew's decision, party officials come to his office to celebrate that they actually do have the votes to pass the immigration bill. Andrew asks them, "Would it be terribly inconvenient if I voted 'no'?" Minister Rupert Everleigh (Richard Dixon) replies, "Yes, it would be inconvenient, we have a majority of one. Without your vote, it won't pass." Andrew explains that he's willing to abandon his values because he fell in love with a man who has "opened my eyes and expanded my heart."

Everleigh explains this won't just be about Andrew's political future:

Of course, the party will put up a  challenger to your seat and you'll be out of politics forever, but what of the consequences for our government? For Britain? If this bill goes down, the party goes down with it. Suddenly, the Prime Minister is facing a vote of no confidence, the opposition will swing into power and bring with them high taxes, strong unions, and the abolition of the monarchy.

So, Andrew enacts plan B. He proposes to Tony. As Andrew's spouse, he can legally remain in Britain. However, Tony points out that Andrew can't marry everyone who has entered Britain illegally, and turns him down. Andrew doesn't know what to do, and agonizes over it as the vote approaches. As he enters parliament to vote along party lines, he gives this speech which nearly caused me to roll my eyes out of my head.

ANDREW: I can't do this.
RUPERT: Damn it, Alridge. Just find another boyfriend!
ANDREW: This is not about Tony. It's about thousands of other Tony's who are forced to live in the shadows. Real people. People with hopes and dreams, who are no less deserving of dignity than-- than anyone else in this corridor! Oh, I know England is struggling. But the solution is not simply in  keeping people out. We are at our best when we let people in. People like Mo Salah, Sigmund Freud, Rita Ora, The Duke of  Edinburgh. If you really care about the future of Britain, you will not close her borders but, instead, you will  open your hearts."

Interesting that he named a bunch of people who entered Britain legally, isn't it?

I was just about ready to throw crumpled paper at the television with everybody else. This show went from entertaining but twee with a little too much politics to pure propaganda. The series finale is next week. I can only imagine what kind of disingenuous nonsense that will bring.