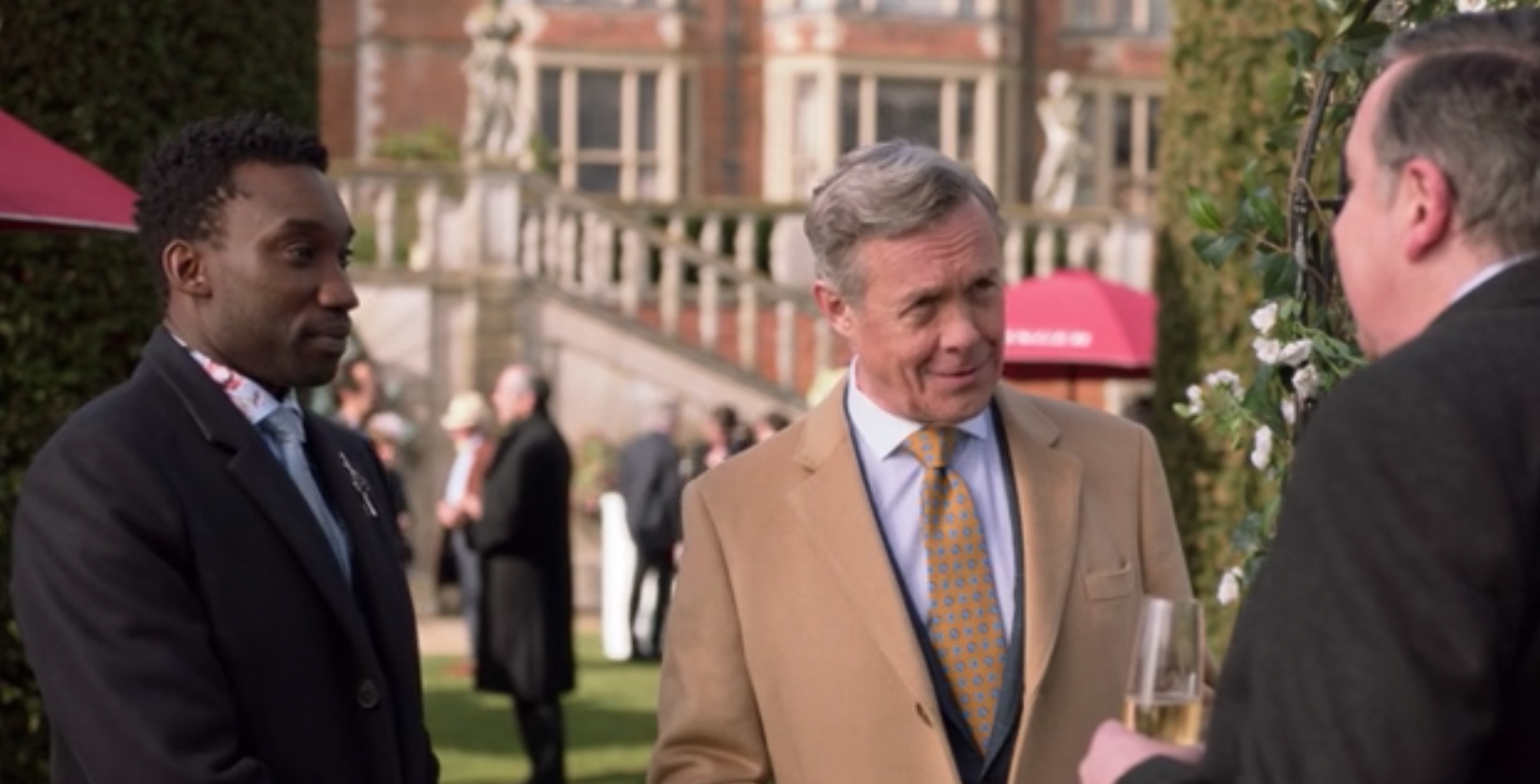 Hulu's Four Weddings and a Funeral series just can't stop the political storylines as the series goes on. Wednesday's episode "Game Night" was all about immigration. The show takes place in Britain, so their immigration issues are a little different than ours, but you'll find that the rhetoric is pretty much the same--and, with American actress Mindy Kaling as co-creator, I'll bet they were counting on hitting two birds with one stone.

Early in the episode, Conservative MP Andrew Aldridge (Alex Jennings) was about to vote "yes" on an immigration bill that he knew would fail. Maya (Nathalie Emmanuel), his liberal assistant whom he refers to as Che Guevara asked him, "So you just want to be on the wrong side of history for fun?" and he explained that he needed to support it so that people will support for his passion project -- restoring Britain's historic bridges. Of course, she didn't care about his passion project. "For that, you're willing to ruin the lives of thousands of innocent immigrants?" she asked him. He replied: "No, but I'm willing to pretend that I am."

He knew the bill won't pass and this was all just politics, and the show wants to keep Andrew just likable enough, so they put in lines like that. He isn't really conservative. They never go into details on the bill, but I'm willing to bet it wouldn't ruin the lives of thousands of innocent immigrants anyway.

Later, Andrew took his liberal boyfriend Tony (Nathan Stewart-Jarrret) to a party celebrating a new breed of orchid. This was an event with many other members of Parliament and their significant others, so it's a big deal that Andrew was taking him. Tony used it as an opportunity to make snide remarks about his political agenda. Of course, the other conservative they ran into was basically a caricature, so it wasn't difficult for him to have an opening:

TONY: I know you're nervous about your scandalously handsome boyfriend being here.

ANDREW: I just want my friends to like you.

TONY:  What's not to like? I'm a gay man of color who enjoys pointing out class discrimination and hypocrisy.

RUPERT: Andrew, I hoped you'd be here. I wanted to thank you for supporting my immigration bill. You're lucky to be working for such a brave man.

ANDREW: Oh, no, Tony doesn't work for me. He's my date. Rupert Everleigh, this is Tony James, a very talented interior designer. Tony, this is the minister.

RUPERT: Interior design, eh? Well, what do you think of the Lady Elaine orchid, Tony? Are these hothouse flowers worth all the trouble?

TONY:  Oh, I love her. Lady Elaine is a high-maintenance girl. I completely relate.

RUPERT: Yes, well I'm just glad they've chosen a native English flower this year and not one of those blasted invasive species like the Japanese knotweed. Don't we have enough foreigners here without having to let their plants in, too?

TONY: How could you say something like that? Well, if you keep out all the foreign plants, where on Earth would they get a good cup of tea, Rupert? We can hardly let a hard border ruin our tea time, now can we?

They didn't let it go there, either. After this, Tony said that he can do a good enough job of fitting into Andrew's world, but didn't think Andrew could fit into his and breaks up with him. Andrew was devastated and showed up at a game night with Tony, Maya, and their group of friends a couple of weeks later in an attempt to prove that he could fit in.

Tony came by Andrew's house later to tell him the real reason for the breakup. "I didn't break up with you because you don't fit into my world. That was just an excuse." he explained. The real reason? "I don't have my papers. You're voting 'yes' on an immigration bill, and I'm one of the people you're voting to keep out." The scene ended there, with Andrew looking introspective, and we will have to see what happens next week. I'm willing to bet he has a "change of heart."

Does anybody else remember when television shows were just entertainment instead of social commentary?