Jerry Seinfeld, Ricky Gervais 'Fight for the Right to Joke About Anything' vs. PC Police 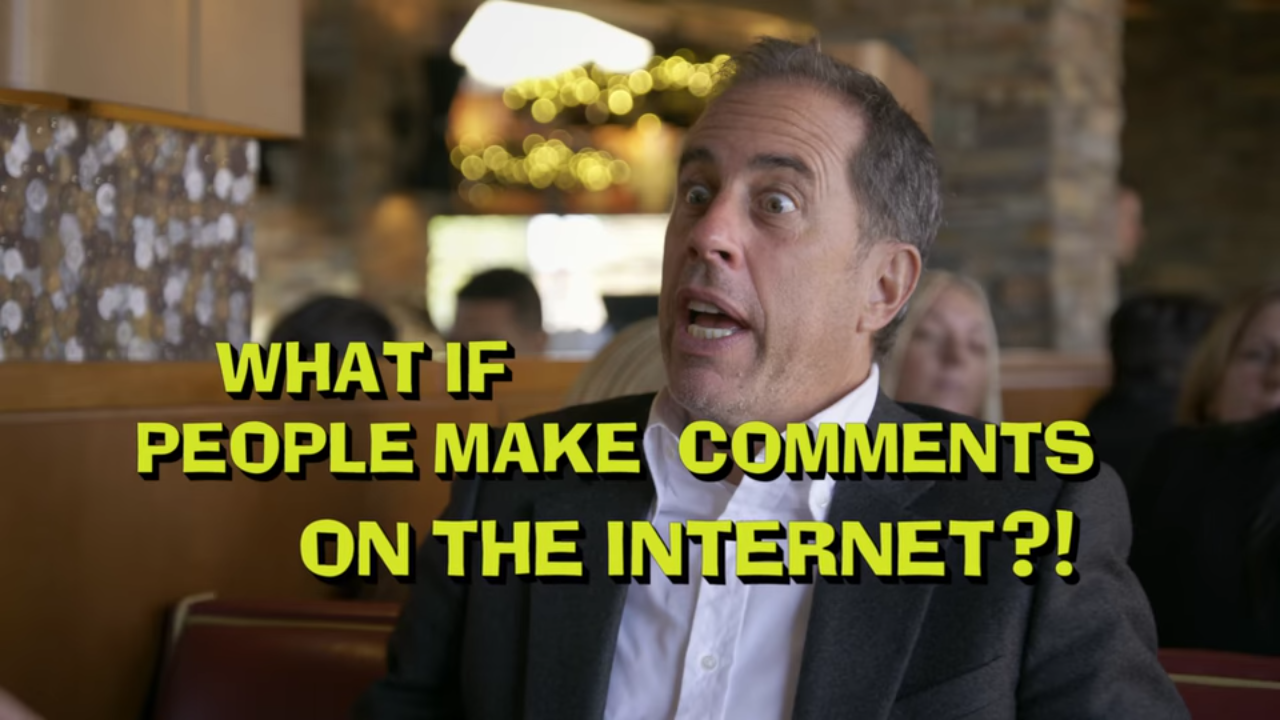 In the latest season of Netflix's Comedians in Cars Getting Coffee, released July 19, Ricky Gervais joined Jerry Seinfeld for two episodes. During this time, they reflected on the nature of comedy in today's easily offended culture that isn't so convinced about free speech. Ironically enough, they also told a joke that is making headlines for, you guessed it, being offensive.

First, the "controversy." Early in the third episode, "China Maybe? Part 1," Ricky shared with Jerry that he loves New York, and Jerry makes a joke. It's two comedians in a car together with a camera on them, so that seems fairly predictable, right? What was interesting was that they're immediately aware that, although the joke was meant in fun, they would be excoriated for it on the internet and even discussed editing it out of the episode (click "expand"):

GERVAIS: You can do what you want. There's never two people the same. I just people watch.

SEINFELD: That's true everywhere. Where are- where are people the same? All the same?

SEINFELD: I have no idea.

GERVAIS: Are you gonna leave that in?

GERVAIS: "Where are they all the same?"

SEINFELD: What? Is that?

SEINFELD: I'm getting in deeper here, aren't I?

To me, it seemed like they were making fun of an old worn-out trope. It's not particularly funny, the original idea was pretty dumb, but it was interesting that they revisited it several times, discussing if they should leave it in or not.

Obviously, they decided to leave the joke in, and they're hearing about it, as expected.

I can't help but wonder if that decision had anything to do with another discussion the two have - one about the nature of comedy in the easily offended era in which we live (click "expand"):

GERVAIS: And I know they're terrible. Of course.

GERVAIS: And whenever a new thing comes out that's raw and sensitive, people say, "You don't understand." I go, "No, I do understand."

GERVAIS: I know this is bad, I know the Holocaust was bad, I know AIDS is bad. It's the joking about it that you don't like 'cause it's your thing. I was saying about freedom of speech. You should be able to joke about anything and they say things like, "Oh, you agree with Hitler, then." I go, "Well, no, it wasn't so much what he said."

GERVAIS: It's what he did. If he had just said [bleep] things...

SEINFELD: It would have been a lot better for all of us.

GERVAIS: Our fight for the right to joke about anything-

SEINFELD: Do you think it's ebbing away in this culture?

GERVAIS: This is the thing about freedom of speech- Um, everyone agrees with it, until they hear something they don't like.  ...

They knew people would comment and take the joke out of context, but they went for it.

Ricky Gervais doesn't really care much what the mob thinks, anyway. Over the past few days, he's been taken to task for standing up for women who refuse to wax the testicles of trans women. Seriously. Actually, he very much enjoyed NewsBusters' own coverage of the story.

Pretty funny how life is aligning perfectly with the show, isn't it?