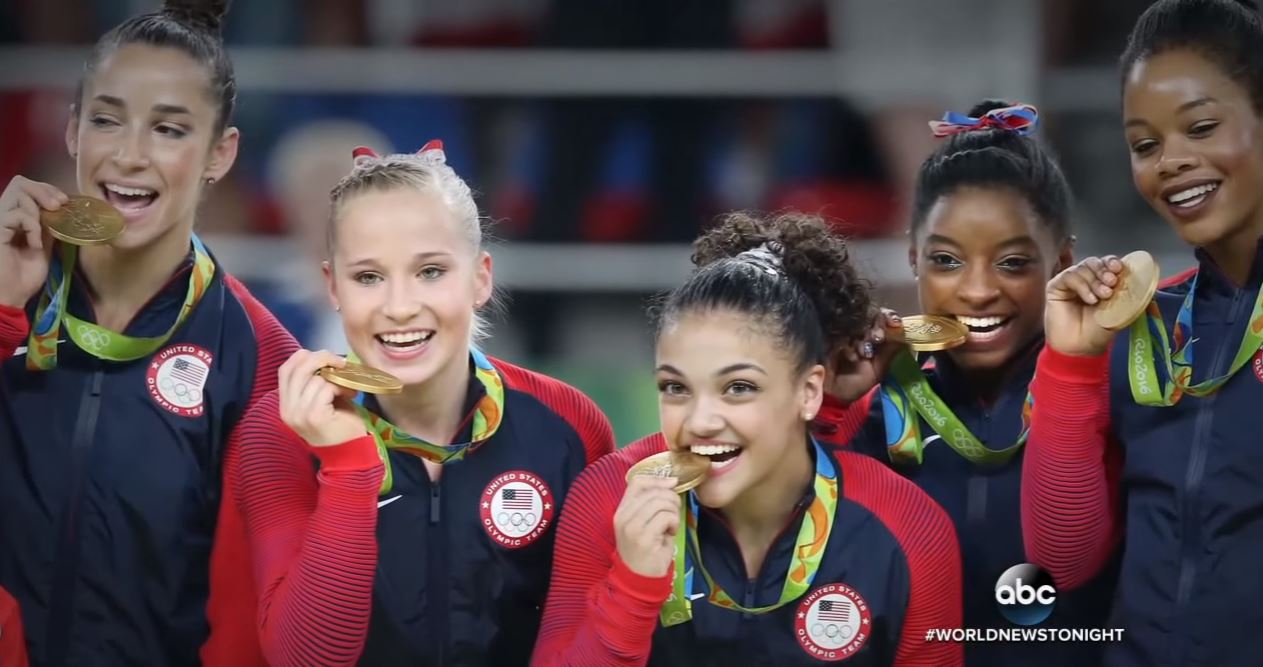 Winning is a matter of faith for some of Team America at the Rio Olympics. Except journalists only seemed to care about Islamic faith and almost nothing about Judeo-Christian beliefs. So much so that the broadcast networks covered the Islamic faith of one Olympian more than 100 times more than the Judeo-Christian beliefs of five gold-medal winners.

When the U.S. women’s gymnastics landed a gold medal Tuesday evening, the broadcast networks spent 22 minutes, 35 seconds celebrating the win and interviewing the girls. Only 0.6 percent of the coverage mentioned the girls’ faith, even though several of them clearly expressed that God was their inspiration for competing.

In contrast, the networks dedicated 13 minutes, 25 seconds to Muslim fencer Ibtihaj Muhammad simply because she was the first American athlete to wear a hijab while competing in the Olympics. The networks began covering her a full three days before the Olympics even began. 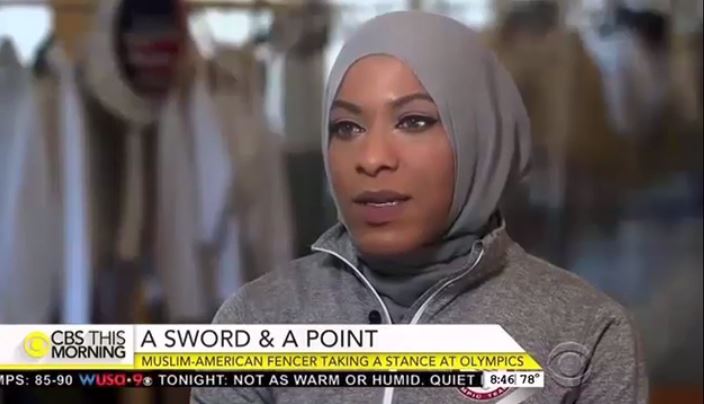 “For thirty-year-old Ibtihaj Muhammad, identity is important,” CBS News correspondent Elaine Quijano said on the August 2 This Morning, “She’s a Muslim woman, and an African-American and an Olympic fender.”

Quijano then explained that Ibtihaj is “the first American to compete in the Olympics wearing a hijab,” and that the fencing uniform “allowed her to both honor her Muslim faith and blend in.”

Reporters weren’t even predicting Muhammad would win, Not that it mattered when pushing an agenda. “Now she’s not expected to win gold,” ABC senior national correspondent Matt Gutman admitted on the August 7 Good Morning America. “However she has already proven herself a winner,” he continued.

Journalists still gave her tons of coverage. To put it in perspective, the networks discussed a Muslim fencer -- solely because of her faith -- more than 100 times as much as they discussed the faith of gold-medal-winning Christian and Jewish gymnasts.

Muhammad lost her second round, but This Morning and Today continued to cover her, intentionally singling her out of the other 554 U.S. Olympic athletes. Ibtihaj got an additional one minute, 49 seconds of coverage after her loss.

ABC, CBS and NBC hyped that fencing is the only sport where the uniform fits Muslim modesty standards -- and all told how Ibtihaj has been harassed in the U.S. because of her hijab.

There’s nothing wrong with the media sharing Ibtihaj’s story. It’s a “first” worth reporting. But when the media spend 13 and a half minutes focusing almost exclusively on one competitor's Muslim faith, and only 8 seconds hinting at the gymnasts’ Judeo-Christian faith, it becomes an offensive discrepancy.

That’s especially true because these women have made it clear that God is their inspiration. They’ve mentioned their faith multiple times on Twitter.

19-year-old Simone Biles, who is now regarded as the gymnast at Rio, said she lights a candle to St. Sebastian before events, and carries a rosary to competitions.

On Twitter, Biles points to her faith as her way of overcoming obstacles. 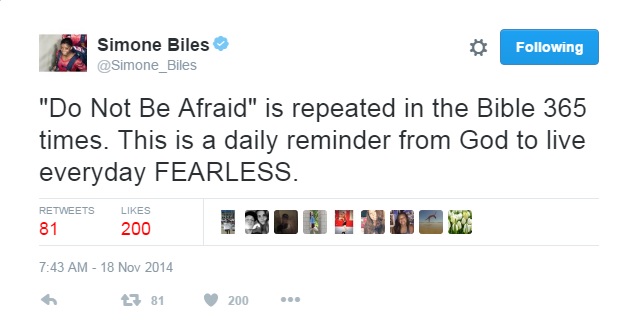 20-year-old Gabby Douglas prays while performing. “Faith plays a very big role in my life,” she said in a 2012 interview, “I don’t know where I would be without it today.” 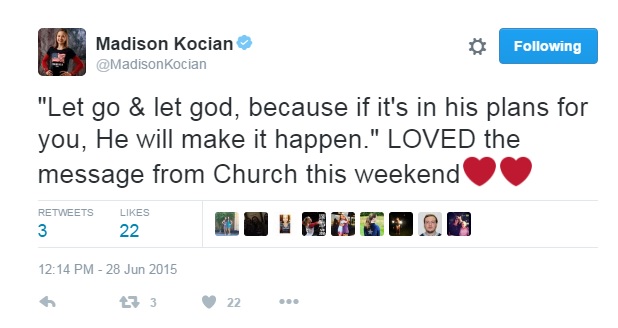 And 22-year-old Aly Raisman has wished her followers a “Happy Jewish New Year” on Twitter. 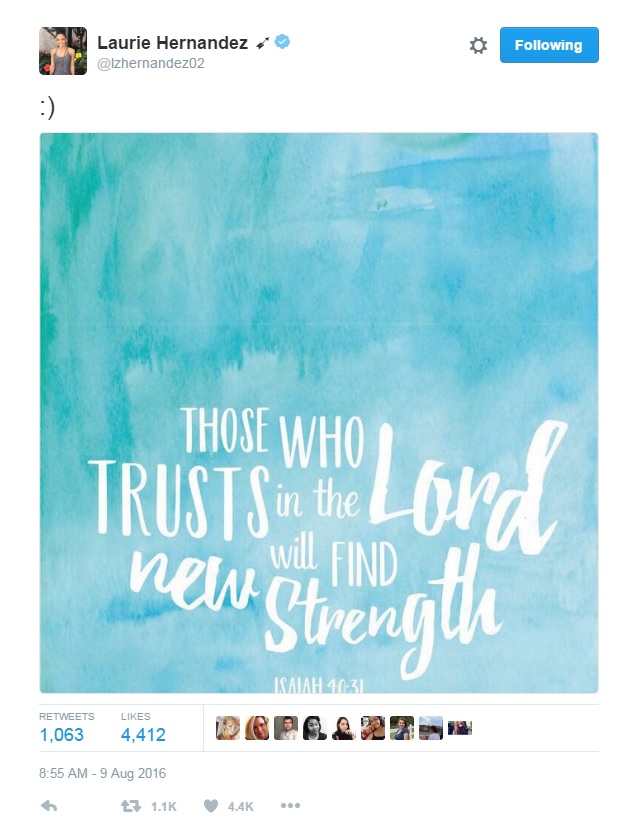