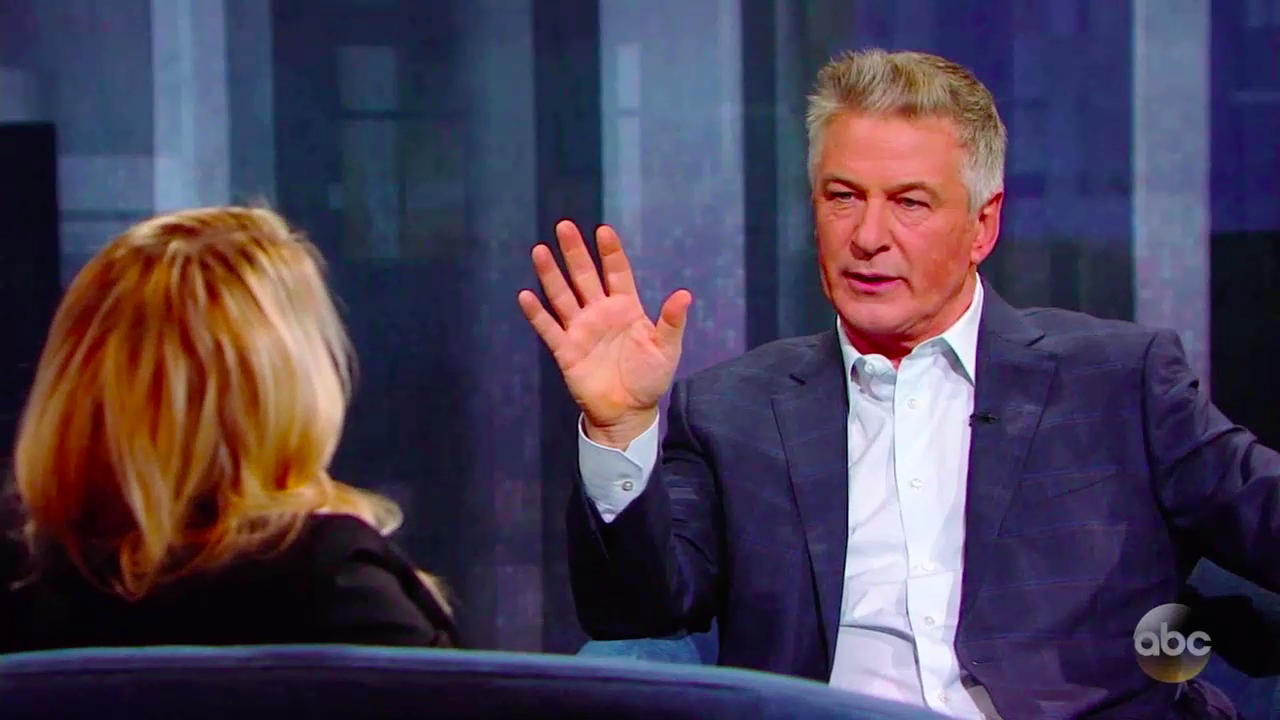 How appropriate, a bloated Hollywood liberal’s show was delayed by a bloated liberal Hollywood awards show.

I don’t know who got the bright idea to air a “sneak peek” of ABC’s newest late night talk show Sundays with Alec Baldwin on Oscar night, but with the live Academy Awards running 50 minutes late, plus local news, the show didn’t start on the East Coast until about 12:30am. This was doubly was unfortunate for Baldwin – the few people still up watching TV at that hour were quickly put to sleep by his snooze-fest.

The Hollywood Reporter said the program is meant to model his podcast, and it shows. It’s a simple set with two club chairs facing each other with small tables for coffee mugs. The poor quality is especially apparent when juxtaposed with his first guest Jerry Seinfeld’s talk show. Seinfeld has a popular online show called “Comedians in Cars Getting Coffee” while all that Alec Baldwin and ABC can put together is a cheap knock-off “celebrities sitting in chairs talking about Baldwin.” Why not just stick to the podcast?

The less Baldwin talks without a script the better. He seemed to step in it again when he brought up the issue of sexual harassment in Hollywood with Seinfeld, saying, it’s “stressful” and “I’m always so sad to watch people self-destruct, even when they’re horrible people, some of them.”

He appears to start up the victim blaming again as if it’s all a witch hunt: “There seems to be this ‘ding, dong, the witch is dead’ mentality where people jump up and go, ‘Oh, God, thank God Matt Lauer’s outta here! If you only knew what we endured while Matt was here.’”

Even Seinfeld seems a little wary and asks, “So, what are you getting at?”

This prompts Baldwin to backpedal and go in a different direction: “What I’m saying is that, to me, I’m surprised at how institutions like that didn’t have some mechanism to self-correct. Why didn’t the management of that company get in there…”

In his second interview, with Saturday Night Live actress Kate McKinnon, Baldwin returned to his favorite topic – himself. He begins by asking her, “Who’s the greatest male scene partner you’ve ever had in all the comic stuff you’ve done?” then goes on to call the pair “the Tai Babilonia and Randy Gardner of comedy.”

By the way, these two seem to think their work is of such profound significance and impact that there’s no preamble or introduction needed, we are just supposed to automatically know they’re talking about playing Donald Trump and Hillary Clinton on SNL.

McKinnon gushes how getting to work with Baldwin was “the biggest thing that I’ll ever be involved in.”

It gets even more nauseating as, after playing a clip of the infamous “Hallelujah” SNL cold open skit after Hillary lost, Baldwin gets McKinnon to admit she fell in love with Hillary. She says she falls in love with a part of all her characters, “but [Hillary] the most because I loved her in real life.” When she gets to reprise her role now and puts on the Hillary wig she says, “I feel like [big sigh of relief] ‘She’s back!’ I love her.”

Of course, Baldwin felt the opposite when playing Trump, calling his impression the comedic equivalent of a whoopee cushion.

Despite ordering 9 episodes, I wonder if ABC already knows what a stinker they have on their hands with Sundays with Alec Baldwin. Don't forget, Baldwin has failed with a late night show before. Burying this show after the Oscars and local news with less than a week’s notice and no future airings scheduled is not exactly a good sign.