He said the the left-wing website Huffington Post and the Daily News should “be served a little crow,” after the election. Kernen criticized the Huffington Post for reporting on Trump in its entertainment section for the first six months of his candidacy.

“As a journalistic organization, they decided it was an entertainment story, not a political story,” Kernen said. That same morning, the website’s homepage was filled with dramatic headlines like “MOURNING IN AMERICA.” It also described Trump’s win as a “Nightmare.” The site’s politics section brandished the headline, “PRESIDENT-ELECT TRUMP JUST LET THAT SINK IN.” 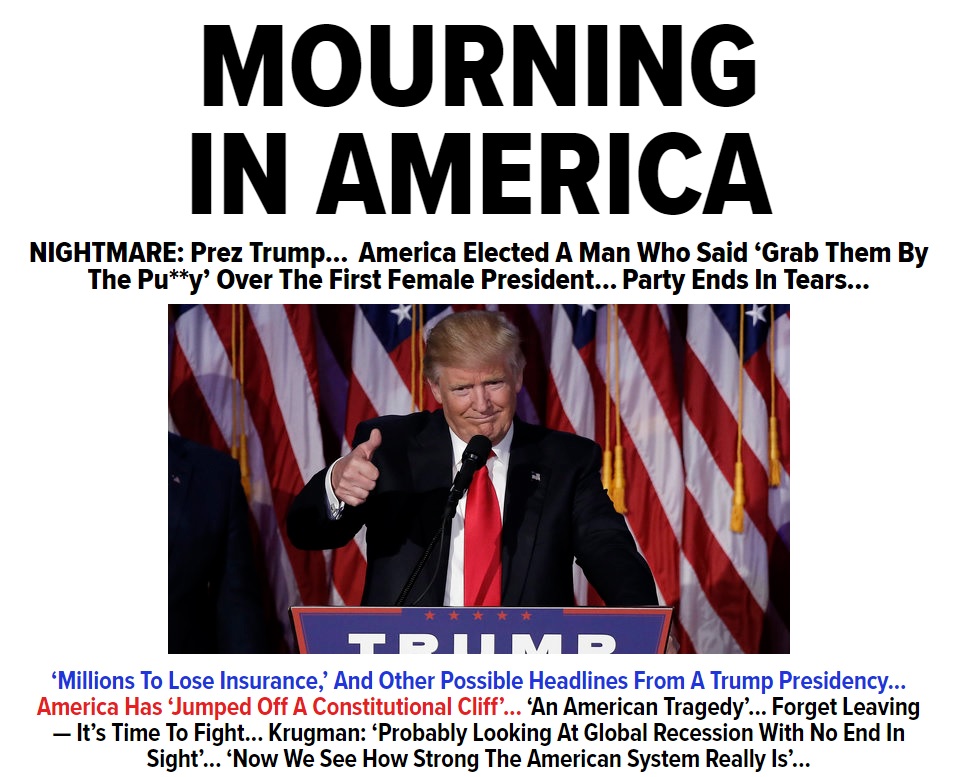 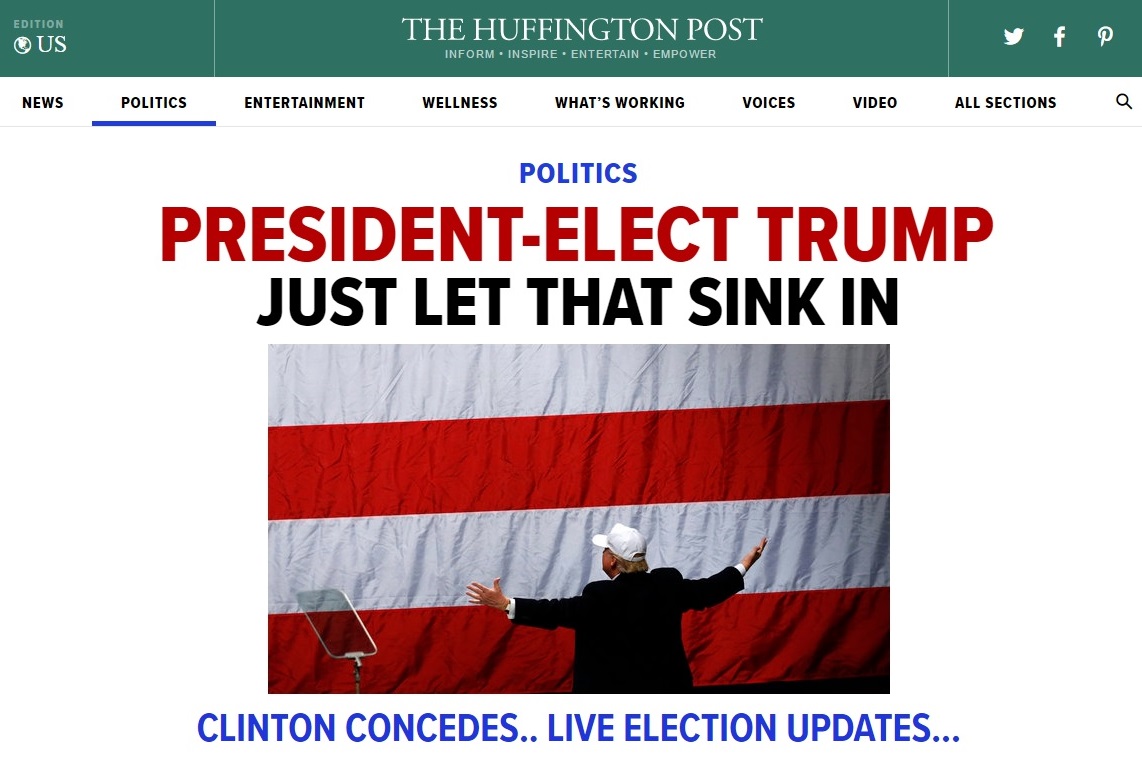 During Trump’s candidacy, Huffington Post branded Trump a “serial liar, rampant xenophobe, racist, misogynist and birther” with a hostile editor’s note at the end of each story on him. On Nov. 9, Politico reported that the site ended its practice of attaching that note. 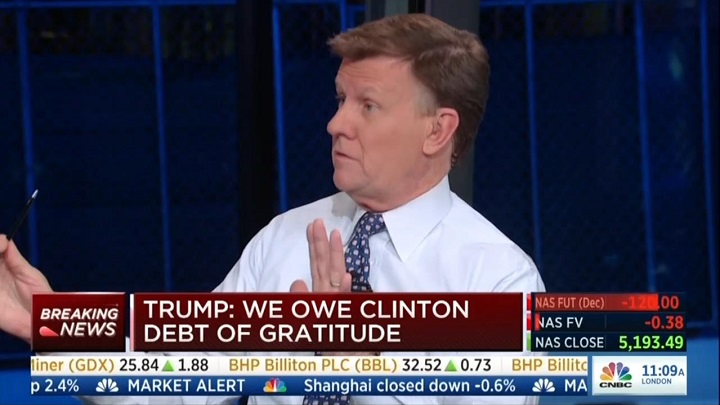 On Election Day, Kernen mocked the Daily News for its front-page attack on Trump which read, “STOP THE DON CON.” “They need to stop this lying, orange, you know fascist,” Kernen joked.

He pointed out that newspaper front pages didn’t exude the same negativity toward Hillary Clinton as they did Donald Trump. Kernen also derided The New York Times staff as having “honorary positions” in the Clinton campaign.

The outlets Kernen called out had lots of company among the media covering Trump with hostility. A Media Research Center study found that 91 percent of coverage from ABC, CBS and NBC was “hostile” since the republican primary race concluded in July.