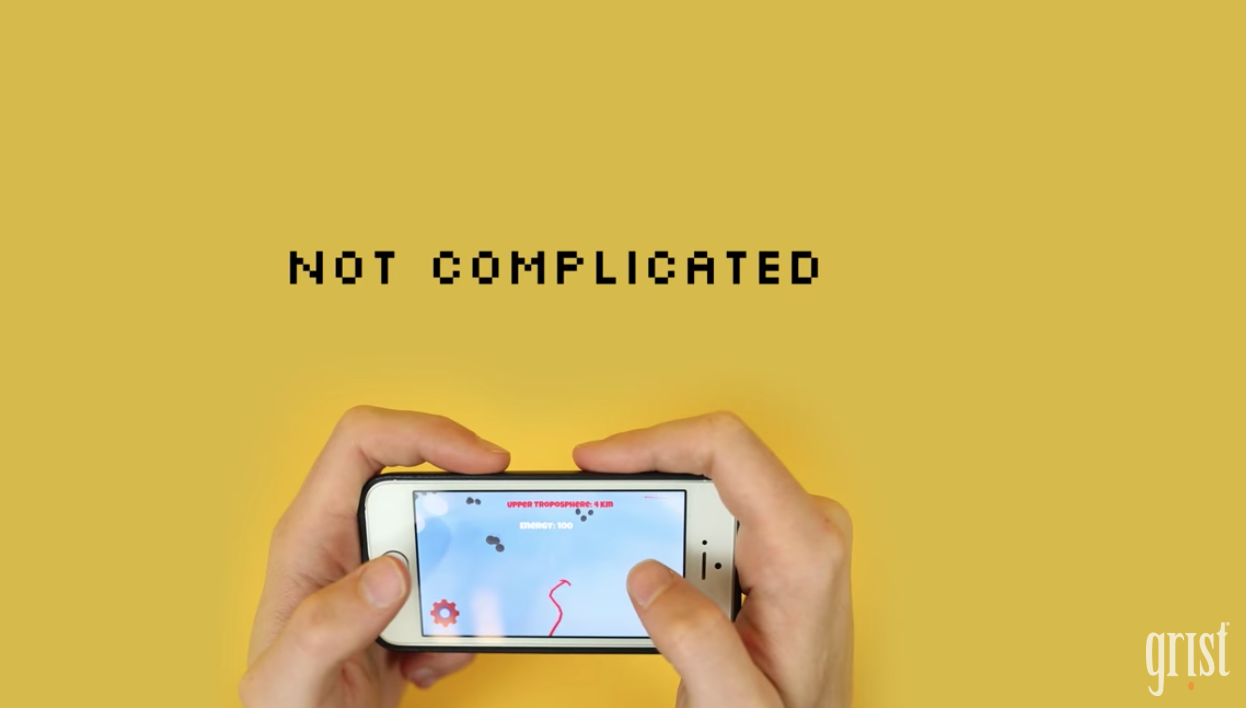 Slacktivism may have reached its final frontier. Video gaming.

Nichols promoted the notion that a good video game could “fix those issues” of climate science being too “abstract,” “academic” and too much of a “bummer” to fuel action. In a video, he promoted the Earth Games project of the University of Washington which is “a growing community of researchers, game developers and students who share a passion for games and the environment.” They’re trying to make games about environmental and climate science.

It’s true that climate scientists are used to making models of reality to anticipate and forecast climate change. of course, Grist didn’t remind anyone how often those models have failed to line up with reality. But it’s easy to understand why a scientist like Frierson would draw a parallel to video games. As he told Grist, “With a model you can make up all sorts of imaginary planets. That research line is not too far from video games.”

Nichols asked, “But what does it take to make a game about climate change that’s also fun?” The video showed a few examples including Infrared Escape, where you’re a beam of infrared light dodging carbon dioxide. Better gameplay than the original Oregon Trail might be a start, guiding a red arrow across a screen is not going to cut it for most people.

Maybe that sounds stimulating to the eco-obsessed lefties at Grist, but it’s unlikely to gain as much mainstream play as God of War 2018, Far Cry 5 or even the latest Mario Kart and Call of Duty. Honestly, Candy Crush sounds more exciting.

“Climate change feels a lot more urgent when it causes you to lose a game,” the narrator claimed. However, neither Grist, nor Frierson actually said how playing a video game would do anything concrete to solve the climate and environmental crises they’re so concerned with.