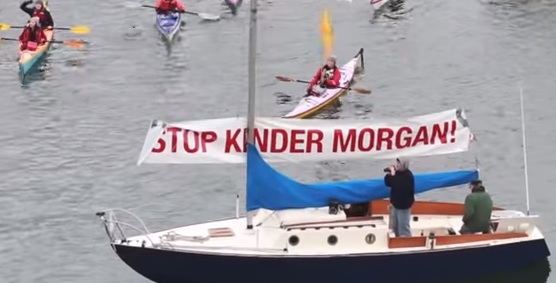 The Canadian federal government will intervene to save an oil pipeline expansion project in western Canada, after environmentalists took credit for stopping it with their protests.

EcoWatch and Canadian Press reported that environmental groups took an early victory lap when energy company Kinder Morgan Canada announced in April 2018, that it had temporarily halted its efforts to expand the Trans Mountain pipeline. The pipeline would carry oil from Alberta’s tar sands to a port in British Columbia — opening up export prospects.

Activist Stewart Phillip of Coast Protectors declared that Kinder Morgan came "to the inevitable conclusion that that you simply can't ram a pipeline through in the face of such opposition—legal, political, on-the-ground opposition. It's impossible," according to EcoWatch.

They thought that suspension “could be the beginning of the end.” However, their celebration was premature.

On May 29, Reuters reported the Canadian government announced it will buy the pipeline from Kinder Morgan for $4.5 billion Canadian dollars. Finance Minister Bill Morneau said, “When we are faced with an exceptional situation that puts jobs at risk, that puts our international reputation on the line, our government is prepared to take action.”

Prime Minister Justin Trudeau also supported the move, telling Bloomberg Television “There is a very strong business case for this pipeline.” He also said the government’s decision means “a lot of the legal barriers and a lot of the challenge points actually disappear.”

The British Columbia Supreme Court already rejected legal challenges to halt the expansion of the pipeline. Calgary Sun reported that the City of Vancouver and Squamish Nation lost that lawsuit in May.

Environmental activists had done many things to try to stop In order to halt construction on the pipeline, including climbing machinery, getting in the way of construction equipment and blocking entrances. Canada’s Globe and Mail reported that 172 protesters had been arrested in a single week in March due to their protest actions.

As protesters continued to disrupt the project, support for its construction grew. The Star reported on April 18, that more than half of British Columbians were in favor of the project, up from 48 percent in February.

Although environmentalists complain of the threat of pipeline leaks and spills, Fortune reported that using pipelines to transport oil is safer and more effective than using railroads.