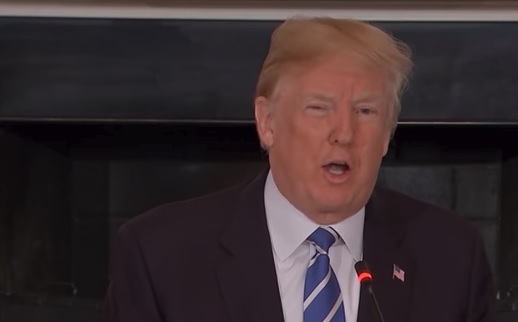 It isn’t exactly news that The Washington Post often attacks the Trump administration and downplays good news regarding its policies. This is the same Jeff Bezos-owned publication where an editor praised Michelle Wolf’s White House Correspondents dinner jokes, that has blasted Trump’s tax cuts and promoted Trump critics.

So it wasn’t shocking to see the liberal paper declaring, “Trump has not made the economy great again.”

Seems a little early in a presidency to make that call, but that didn’t stop the Post’s Wonkblogger Matt O’Brien from attempting to explain away estimates of 2.9% GDP growth during Trump’s first year or bashing the tax cuts that are only months old.

“The economy, according to initial estimates, has grown 2.9 percent the past year, but that doesn't mean that President Trump has made it great again. Not even close,” he wrote. “But more than that, these numbers are telling us that we shouldn't really believe them right now.”

O’Brien wrote, “The first reason is right there in front of you: the words “according to initial estimates.” The fact is that these numbers tend to be particularly noisy, and they end up getting revised.” Well, yes - but revised numbers can go up as well as down. For example, GDP growth was revised upwards in the fourth quarter of 2017.

He went on to argue that GDP was an imperfect measure of economic health, and that GDI (gross domestic income) should be averaged with GDP to give a better picture of economic change. He claimed that by that calculation “the economy is probably chugging along at the same 2 to 2.5 percent annual pace that it has been for most of the recovery.” But he didn’t turn to some unbiased expert to back that up. Instead, he cited none other than Obama economic adviser Jason Furman to boost his claims.

O’Brien ended his assessment with a dig at Trump and the tax cuts bill passed in December 2017: “Trump steaks, Trump casinos, Trump TV shows. They all started out with big promises, got early results (well, maybe not the steaks), and then fizzled out fast. Why would the Trump tax cuts be any different?”