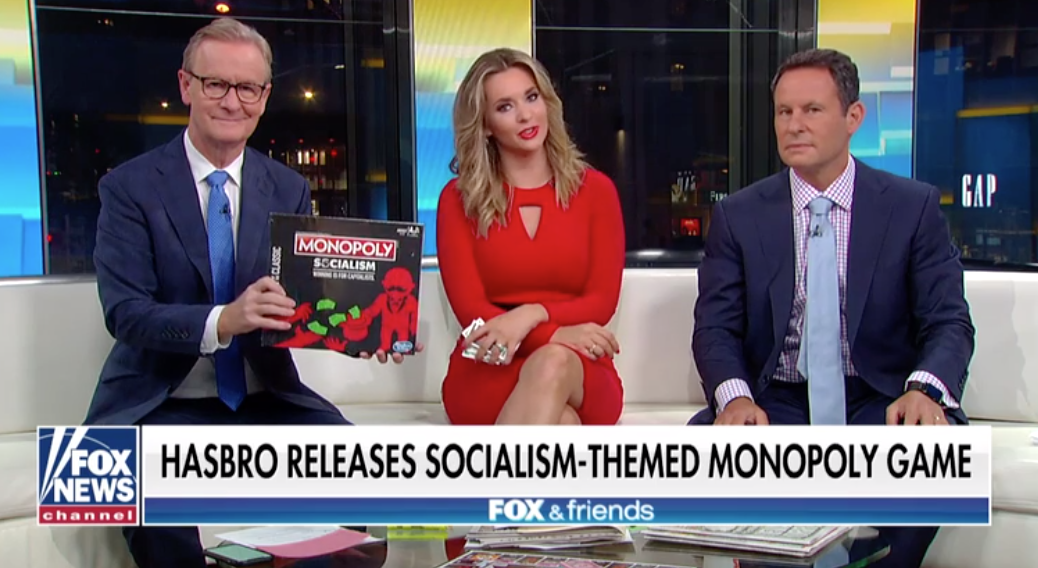 An unexpected update of the classic Monopoly game sparked an argument between liberals and conservatives because it lampooned socialism.

Hasbro’s new Monopoly Socialism board game spawned a viral Twitter argument as well as a defense from Sen. Ted Cruz, R-TX. The packaging calls it “a parody of the classic,” and says “winning is for capitalists” and “what’s yours is ours.” Rutgers history professor and Japan historian Nick Kapur called it “mean-spirited and woefully ill-informed” as he launched a series of tweets about the rules and language of the new version of the game.

Kapur was clearly not amused by the game’s mockery of socialism. One of the things he criticized were the names of the “WE ARE ALL WINNERS SCHOOL” and “HEALTHCARE FOR ALL HOSPITAL.”

“Spaces on the board include a snarkily named hospital and school, because apparently schools are supposed to produce losers and hospitals are only supposed to help some of the people,” Kapur complained — ignoring the fact that propaganda has been a staple of governments where socialism took root.

He also criticized the “kinda socialist at first glance” community fund which “pays players the difference” when they can’t afford something, but which is “gleefully and deliberately designed to be constantly running out of money” and needed to be bailed out by voluntarily contributions.

“So this is not really a socialist model. It's more of a billionaire philanthropy model,” Kapur claimed.

Forced contributions might have made more sense, but the idea of a socialist government running out of money certainly isn’t strange. It’s historic fact. Many of the countries that have embraced socialist ideology like Venezuela developed fiscal problems leading to severe poverty and misery. Just look at Venezuela’s starving masses.

Cruz defended the game and suggested geographic variations on the theme such as USSR, Cuba, Venezuela and East Germany editions with rules specific to the way those communist and socialist ideologies harmed their economies and people.

“We could do the Russia/USSR edition: the ‘old timey’ playing pieces are all the tech the common people are allowed. When Yeltzin toured a TX supermarket in 1989, he told his comrades that if their people—who faced breadlines—saw the choices in the US “there would be revolution," Cruz tweeted on Aug. 22.

Conservatives and liberals both chimed in on Kapur’s thread to argue over the game and socialist vs. capitalist systems. Some conservatives announced they’d go buy the game simply because it irritated so many of the other Tweeters.